The team from Palisade High School fought like Dawgs on Halloween night against the Panthers of Delta, but it was just not meant to be… they were defeated in overtime 27 – 24.

Delta took the lead in the first quarter with two touchdowns, then the Bulldogs came back with two of their own in the second quarter to tie it up before halftime.

Easton Woods was able to score in the third, and a field goal by Marquis Combs with less than a minutes in the quarter gave the Bulldogs the lead, 24 – 21. 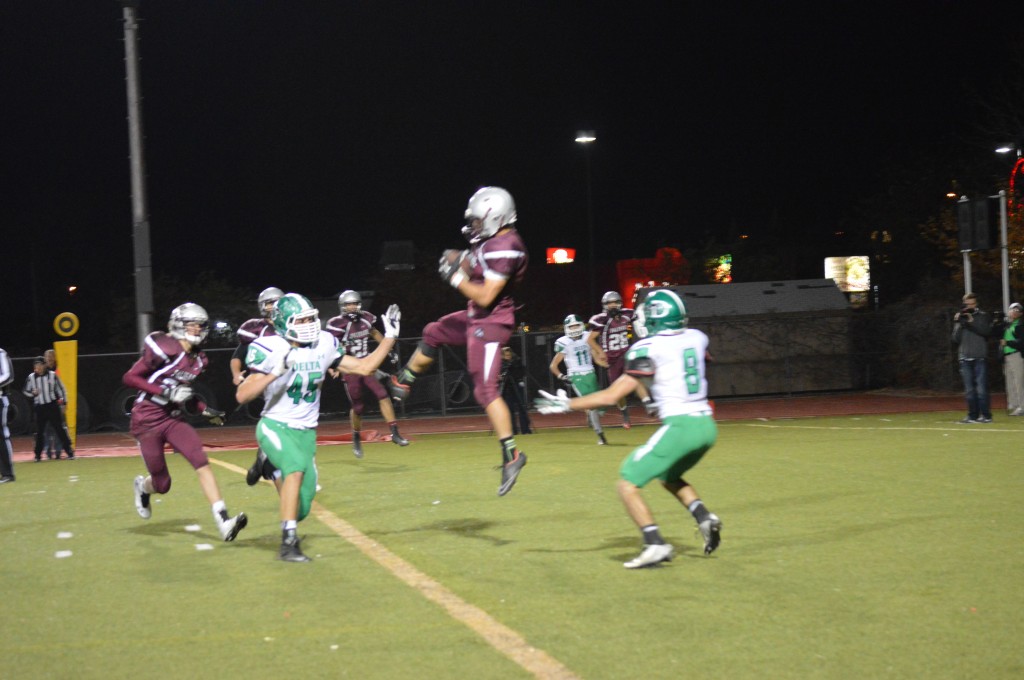 Marquis Combs makes a key interception, preventing what could have been another Delta touchdown.

Delta was able to tie the game with just 24 seconds left on the regular clock, sending the game into overtime.

In rarely used overtime rules, each team was given four downs from the 10 yard line, and Palisade elected to take the ball first. Denied a scoring opportunity, the Bulldogs finally had to turn the ball over to the Panthers, who used the first three downs trying to cross the goal line, and finally settling for a field goal for the win.

The Bulldogs will meet Denver Lutheran in the first round of playoffs this Saturday, November 8, at the Douglas County Stadium in Parker, Colorado, at 1 p.m.

Senior players were presented before the game, with the Marching Band and Spirit Squad seniors presented after a short halftime musical program. The Bulldog Marching Band invited the crowd to remain after the game for a final performance of their award winning program. 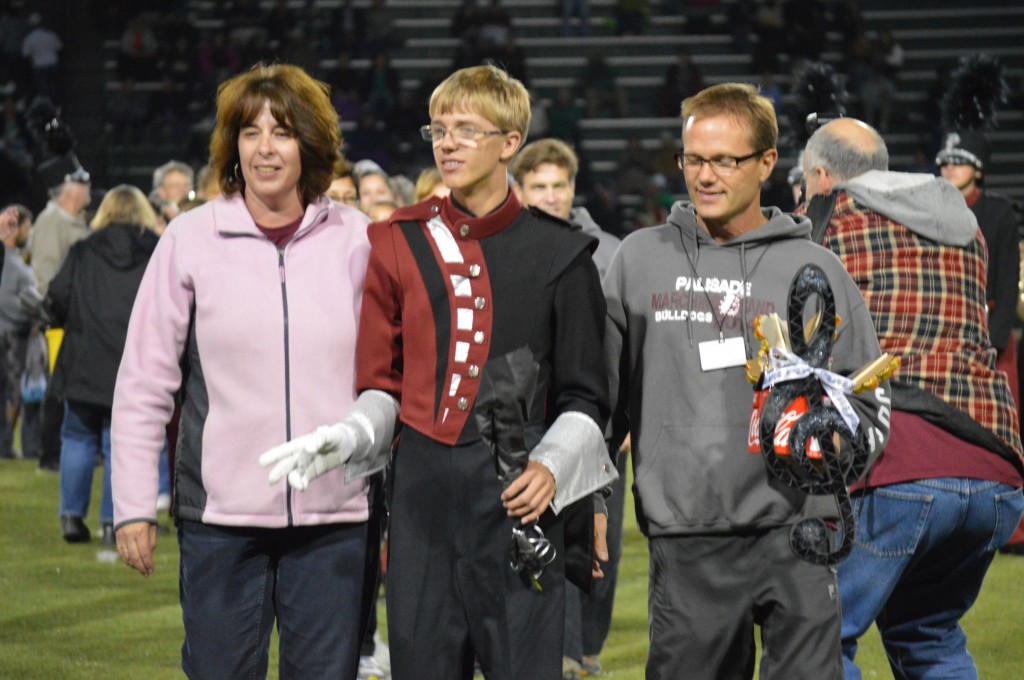