You would think that competing in a state championship would be stressful enough, but for members of Palisade High School’s 2014 Marching Bulldog Band, that was just the beginning.

It had started as a beautiful, fall day in Denver with blue skies and golden trees making it feel like real football, er, marching band, weather.

Unfortunately, by the time the Bulldogs took the field at 3:30 p.m., the skies had opened and shared their burden of wet, freezing rain-snow with everyone at Parker’s Sports Authority Field in south Denver on Monday. It couldn’t have been much sloppier, thank goodness for artificial turf! With true professionalism, however, the band set up and performed one of their best sets ever. 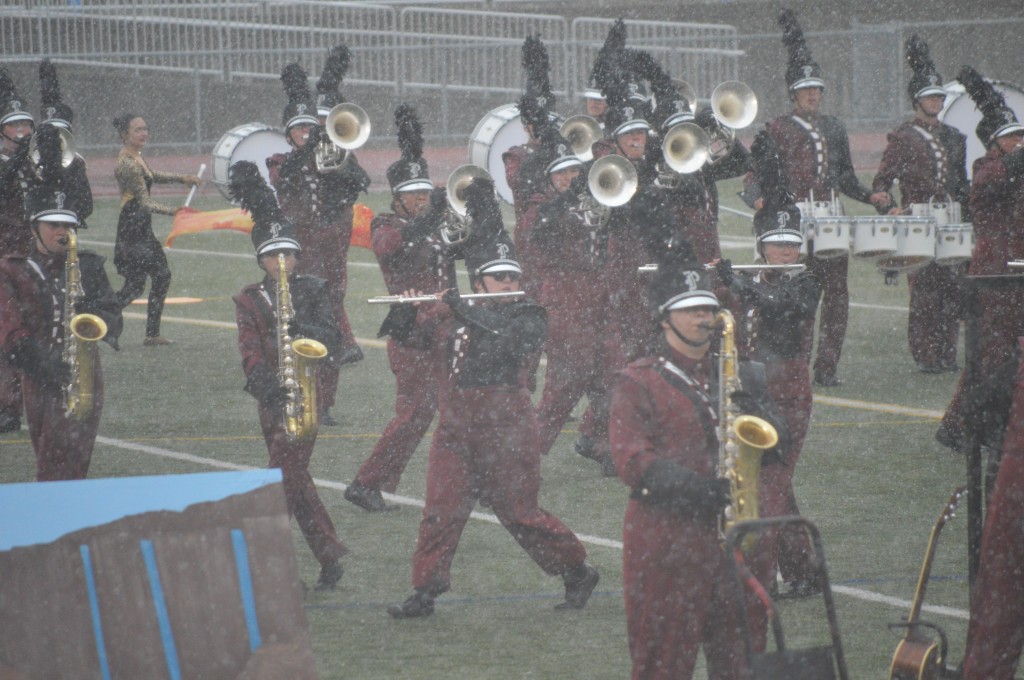 They stayed in formation through blinding snow, wind and rain, giving the fans what they came for, a great performance!

The weather was so bad (how bad was it???) that the evening’s round of finals for the top five marching bands was cancelled! The judging was done on the basis of the day’s semi-final competition throughout the afternoon instead.

In kind of a deja-vu experience, the Marching Bulldog Band took second place in the State Championships again, and lost out to the first place team by less than half a point in the final scoring, in a finish very similar to last year’s. Although it was disappointing to the Bulldogs, they should be really proud of themselves for their performance under the most trying conditions, as well as a season of entertaining performances for all their fans.

The grand finale, finishing up a very polished performance.

Yesterday’s competition marked the final high school competition for senior Drum Major Josh Anders, who has led the Bulldog Band for the past three seasons with great style. Josh is also the organizer of “Music for Education,” a series of concerts by the area high school and middle school bands and orchestras each spring as a fundraiser for the music departments at the various schools. Congratulations to all the musicians and their parents as well as to Bandleader Jeff Mason, Great Job!!! 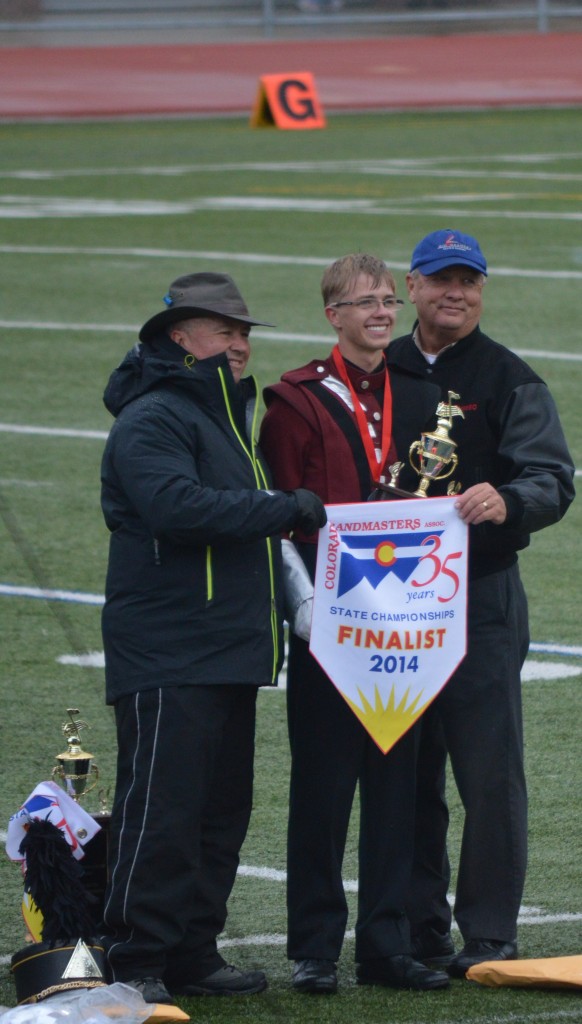