Cameras loaned by Palisade Branch Library, exhibit to show photos taken by patrons, of all ages

Home•Cameras loaned by Palisade Branch Library, exhibit to show photos taken by patrons, of all ages

Cameras loaned by Palisade Branch Library, exhibit to show photos taken by patrons, of all ages

The Palisade Branch Library used a mini-grant to purchase four “point and shoot” Nikon digital cameras to loan to library patrons, of all ages, during the summer reading program.

In the future, the library will hold an exhibit of photos submitted by patrons using the cameras, Karen Maheux, library branch manager, said in an interview.

The theme of the photo program, and the exhibit, is, “Science Through the Lens,” which is also the theme of the Mesa County Libraries’ summer reading program.

The program was highlighted on July 17 by Photographer Robb Reece, of Grand Junction, with a talk on cameras and photography.  Five adults and three children attended, asked questions, and took pictures.

Maheux said the Colorado State Library provided a mini-grant of $250.00 toward purchase of the equipment.  The Palisade Library Auxiliary contributed $60.00 toward the purchase.  The state library program focuses on science, technology, engineering, and mathematics, known as STEM, which involves curriculums in k-12, and through college, “to improve competitiveness in technology development,” according to Wikipedia.

The summer reading program ends soon, July 26.  Maheux said she will display submitted photos in an exhibit in the future in the rear meeting room.

“The kids’ pictures are really cute,” she said after she looked at children’s photos taken during the talk by photographer Reece.

In his talk, Reece said, “Try to get a human element in your photos,” and, “Try to tell a story when you’re out there.”  Photos by Reece can be viewed at robbreecephotography.com.  Reece, 49, was born and raised in Grand Junction. 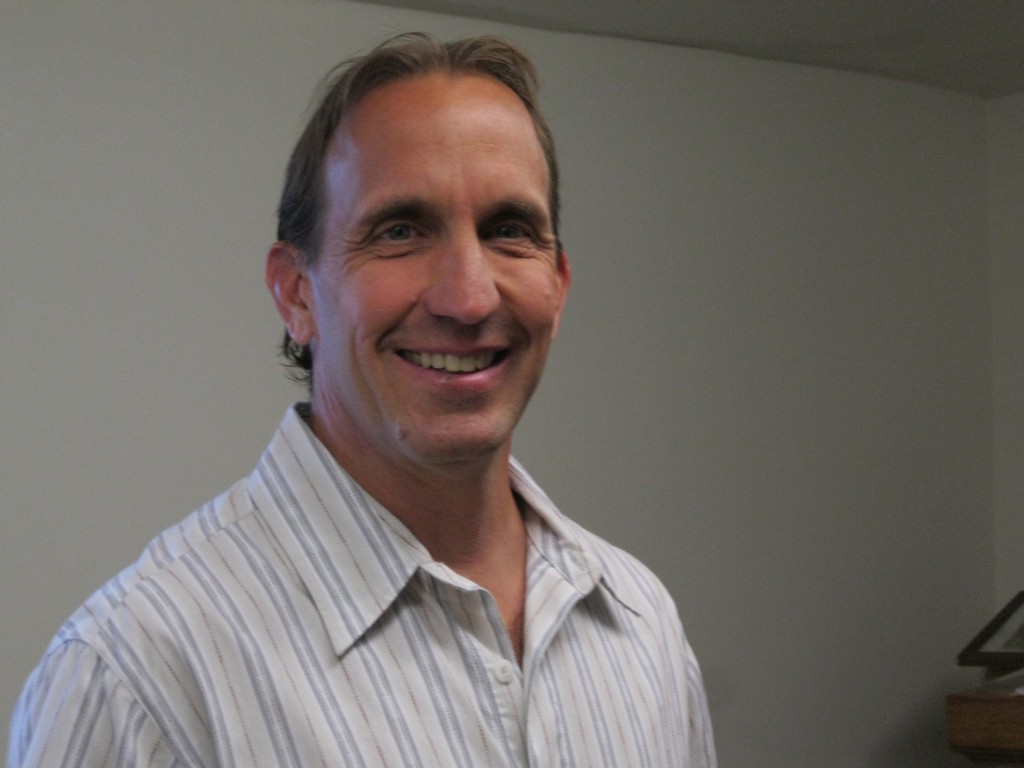 Reece commented on his photography, “Some shots may take two weeks to set up, and five minutes to shoot.”

Reece replied to a question about protecting cameras from heat in a car during the summer.  He said digital technology generally is tough, but to avoid leaving a camera is direct sunlight, and to keep it in a case.

“Shoot what you love to shoot,” he told the class.  And, “You don’t need a huge camera.  The little ones are awesome.”  He said phone cameras do a good job too.  “Mobile photography has become the norm,” including devices such as the iPhone.

Reece said a lot of his professional photographs are “stock” photos that can be purchased on-line by businesses.

Asked about using a tripod, he said small ones are inexpensive, although he doesn’t carry one all the time.  Tripods are used for low light conditions, and for long exposures, he noted.

Reece said sunrise and sunset lighting for photographs is special.  “There’s that magic light at that time of day.”

He also said to remember when looking for photos, walking and driving, if possible, to look back as well as forward.

Asked about using filters on cameras, Reece said he used to use them, “But, now, it’s just something else to deal with.”  These days, he said, he can achieve the effects using Photoshop on the computer.

Reece’s tips included turning on the camera’s flash during the day to brightened shaded areas, such as a face shaded by a hat.

He also recommended framing a photo a bit wider, that is, to not crop the photo in the lens too tight.  It can be cropped later using camera software, he said.