Palisade area fairies must have been overjoyed on Tuesday afternoon if they were peeking in at the Palisade branch of the Mesa County Library.

Nearly four dozen young boys and girls filled the back patio, weaving twigs, reeds and rushes with strands of pearls and other shiny, colored trinkets into little woodland homes for their fairy friends. Tiny furnishings made from acorns and nuts filled the itty, bitty twig teepees, inviting little nymphs to move right in. 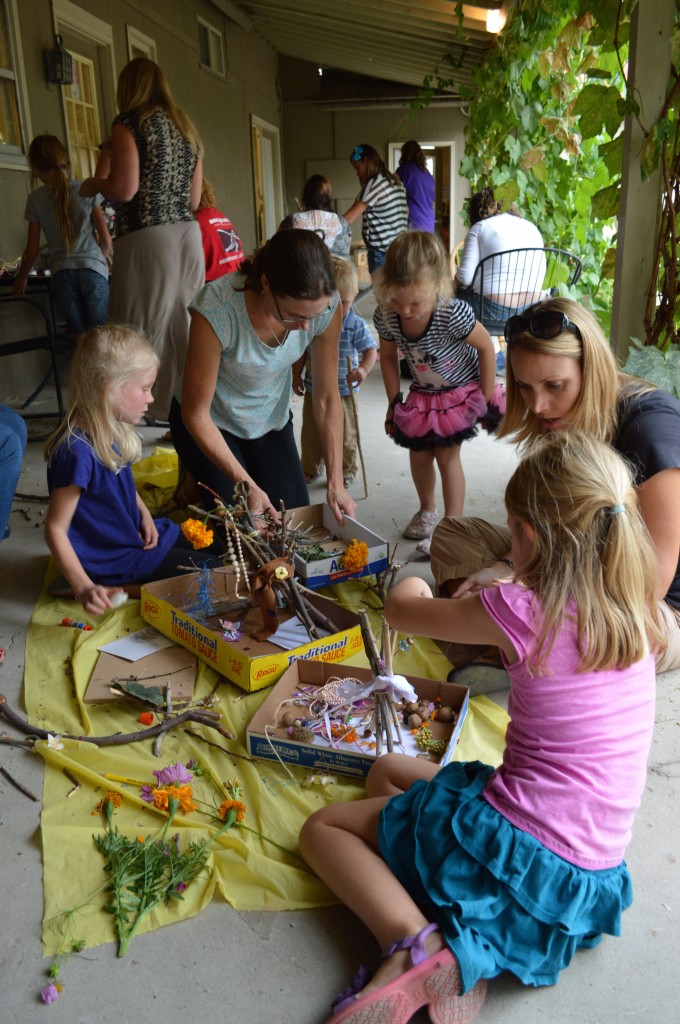 The library’s back patio was alive with busy kids, weaving sticks, grasses and other natural materials into one-of-a-kind accommodations for the area’s fairy population.

Mesa County Library Teen and Youth Director Diana LaCount said she had been doing the program for the last three summers, but this was the first time she had taken it to one of the branch libraries. She was very pleased with the turnout, and with the imaginative fairy houses that the kids produced.

Any self-respecting fairy would be thrilled at accommodations such as these!