Well known in the world of Town Grouches, Bud Lofvenborg of Palisade has just celebrated his 88th birthday! Surrounded by the women of Altrusa of Palisade, Bud opened his birthday cards and accepted hugs and kisses on the park bench at the north end of Town Plaza on Thursday afternoon before being taken out for a birthday dinner at the Red Rose. Bud also provided Altrusa with a few tokens of his appreciation (Benjamin Franklin’s portrait was on the tokens) to help with their Christmas basket project once again this season. 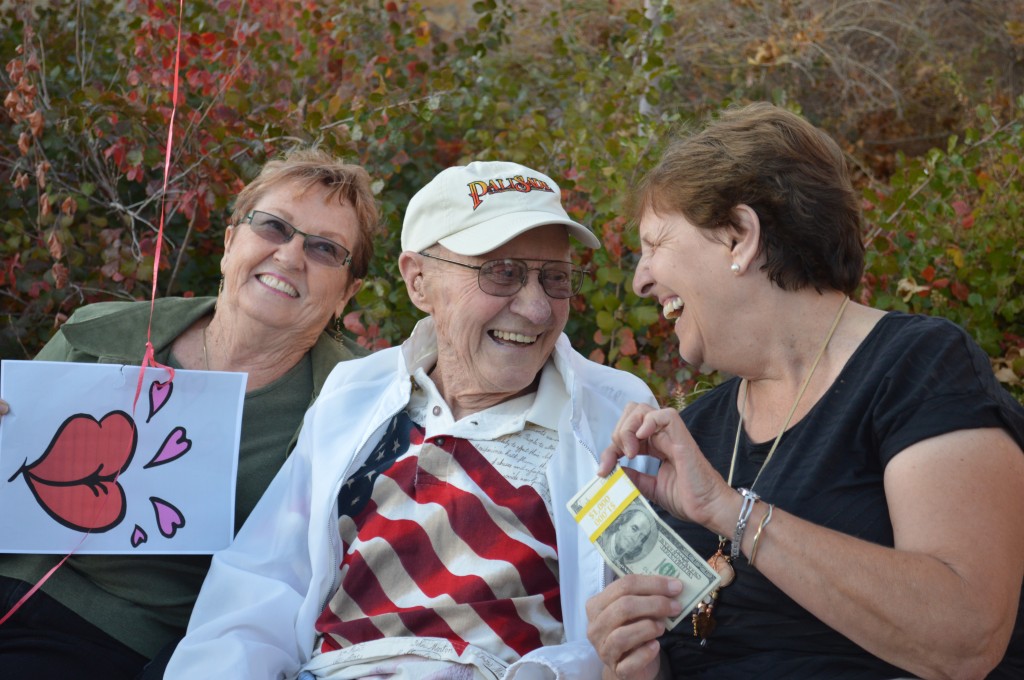 Toni Ray and Cheryl Borchardt surround Bud Lofvenborg with love on his 88th Birthday. Bud brought some crisp ‘Benjamins’ to donate to Altrusa, as he does each holiday season.

Bud is planning a move to the Front Range later this winter, but for now, he’s still ours! He is a true friend of the Town of Palisade, to say nothing of all the individual friendships he has made as well. Bud’s donations have helped our fire and police departments, as well as the public works department and countless number of unnamed children and adults in the Palisade area. Thank you so much!