Mayor Roger Granat could hardly contain his enthusiasm, announcing at Tuesday evening’s Board of Trustees Meeting that the purchase of the Cameo property for the long-awaited Sport Shooting Complex had finally been completed.

Representatives of Xcel Energy, Snowcap Coal, the Town of Palisade, and the Department of Parks and Wildlife met on Monday, September 26, to finalize the purchase of the approximately 1,800 acre parcel, clearing the way for design and construction to finally begin.

Some type of ground-breaking ceremony is planned for a still-to-be-determined date in October, after which the development will actually proceed.

The Department of Parks and Wildlife will oversee the development of the facility, and though they are looking at an 18-month timeline at the present time for the entire project, they also plan to open a temporary shooting area in the near future close to the area currently being used informally by the public. The finished complex is expected to be able to draw national and international competitions involving thousands of competitors and families to the area.

Construction has also begun on a new bridge across the river between I-70 and the old Xcel Energy plant. 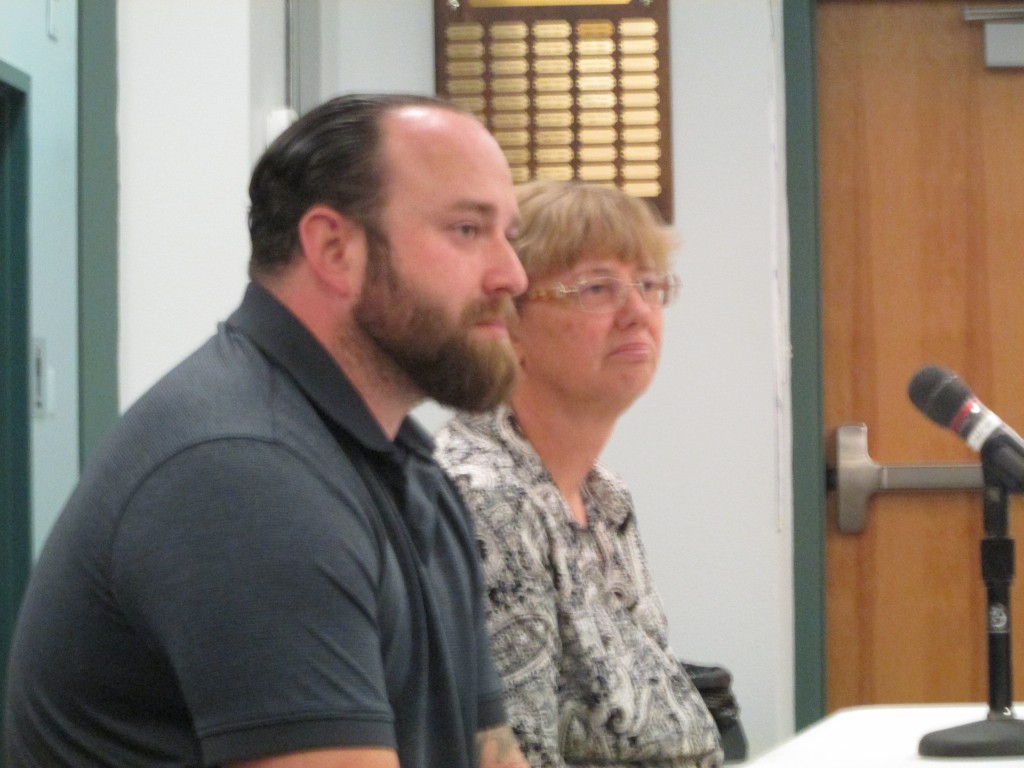 Cole Rath and Lisa Tonsfeldt of Mountain Air Roasters addressed the Trustees regarding their desire to purchase the piece of town-owned property located at 225 W. Third Street. They had been invited to the meeting by Trustees to discuss plans for the property. Since the Town is not usually in the position of selling real estate, the Trustees wanted a chance to meet and talk with prospective buyers to make sure they were selling valuable downtown property to a business that would truly add to the mix of vendors developing in downtown Palisade.

Mountain Air Roasters has purchased the assets of the old Toucan Coffee on East Orchard Mesa and is looking to move the roasting equipment and process downtown, along with a coffee and gift shop. Their beans come from sources from all over the world. They currently have a contract with Sam’s Club in Grand Junction and also sell their coffee at Family Foodtown.

Rath and Tonsfeldt offered the Town the full asking price of $40,000, dependent on certain environmental issues that need further exploration.

The Town purchased the property years ago at a tax sale so it must now go through a court process to obtain a clean Warranty Deed to finalize the sale. 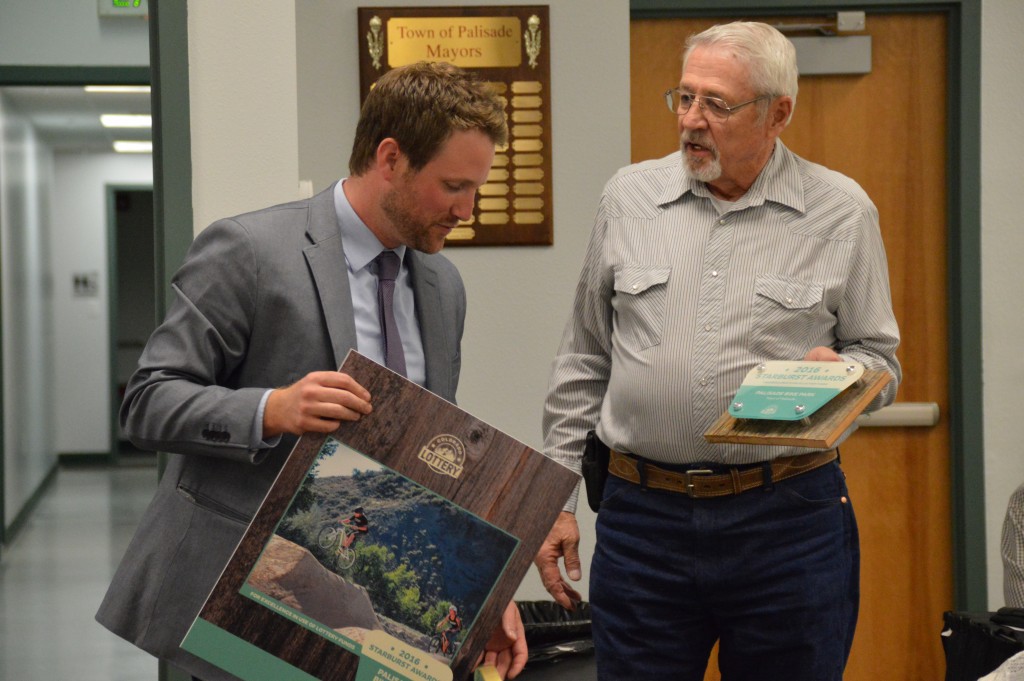 Colin Waters from the Colorado Lottery Commission presented the Town of Palisade with the Starburst Award, for the design and operation of the new Bike Skills Park at the east end of Riverbend Park. See the separate story in PeachTownNews.com.

Congratulations were also extended to Police Chief Deb Funston and Sgt. Johnnie Cooper for their part in foiling the bank robbery attempt in Clifton last week. A 49 year-old man attempted to hold up a drive-thru window at the Alpine Bank in Clifton last week, and the two Palisade police officers were able to block him into the drive-thru lane with their car so the thief could be apprehended. Well done!

The next meeting of the Palisade Board of Trustees is scheduled for Tuesday evening, October 11, 2016, at 6 p.m. in the public meeting room of the Civic Center at 341 W. 7th Street. All meetings are open to the public, and agendas can be found on the town website at www.townofpalisade.org and at Town Hall at least 24 hrs. before the meeting.