Interviews entered the final phases last week for the five candidates left standing out of the field of almost fifty applicants for the position of Town Administrator. After a public meet and greet session on Friday afternoon with the citizens of Palisade, the five finalists met on Saturday with three subcommittees of questioners made up of Town Trustees and Department Heads from Town Hall.

Fielding questions to the applicants covering topics including their work experiences, their thoughts on Palisade’s future, and why they and their families would be the perfect fit for the open position, the questioners took most of the day on Saturday rotating the candidates through the three separate rounds of interviewers before letting the candidates loose to check out the Honeybee Festival and Palisade on their own. The three subcommittees then met for the last couple hours of the day to go over the candidates’ answers. A final decision is anticipated in the near future. Finalists include: 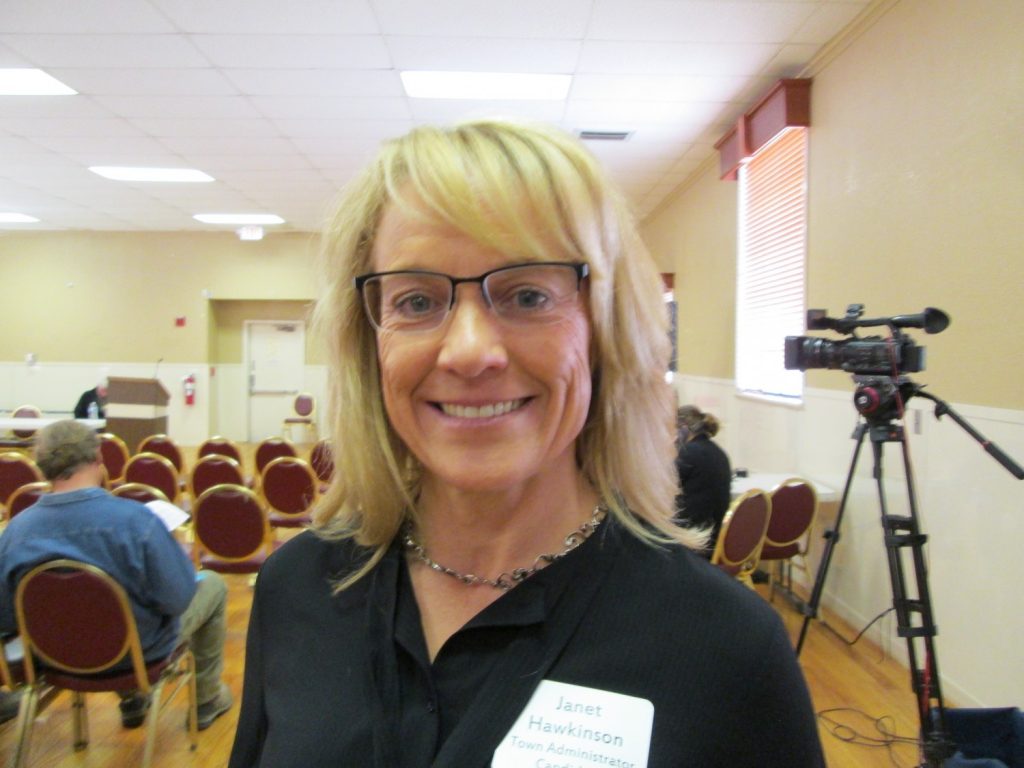 Janet Hawkinson – The lone female in the group of five has most recently been the Community Development Director and previously as Acting Town Manager for the town of Minturn. She was successful in securing over $2 million in grant funding for town projects including, but not limited to, what were voted as the Most Beautiful Public Restrooms in the West! With a political science degree and a Master’s degree in landscape architecture and urban planning, Hawkinson has had more than twenty years of experience managing civic projects including trail systems, open space parks and other land use questions while drawing on her years of living in small Colorado resort-based communities like Minturn and Steamboat Springs. 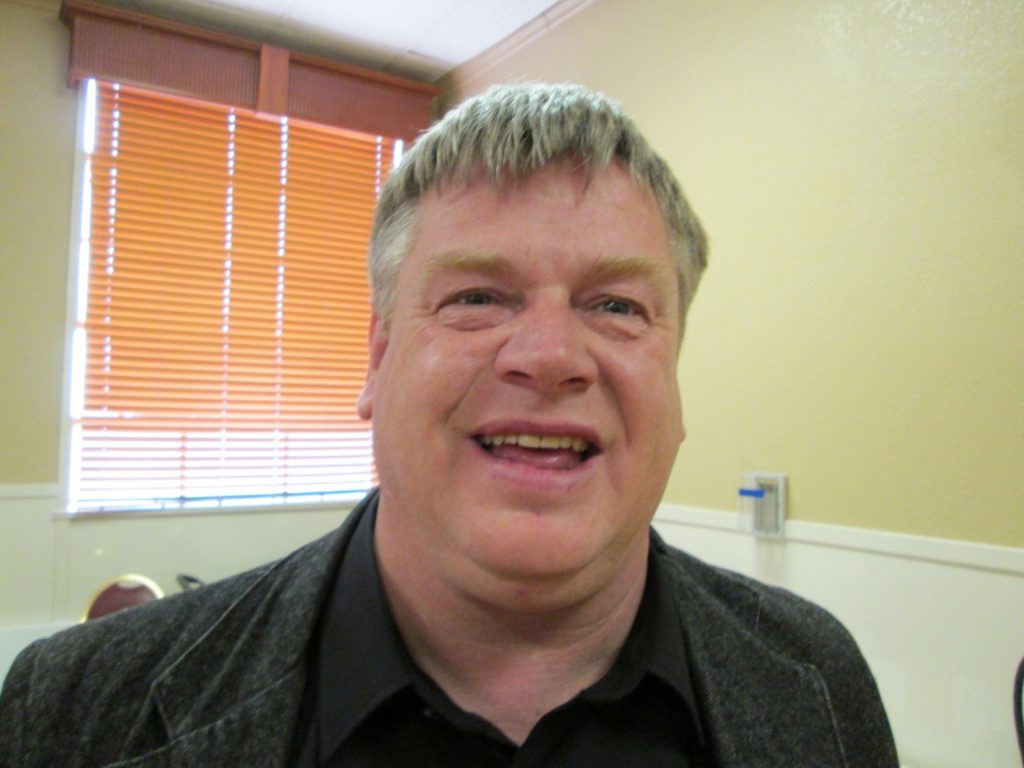 Mark Campbell – With an accent that gave away his Irish beginnings, Campbell described his eight years as Floodplain Administrator in the Mississippi riverside community of LaGrange, Missouri, and his last five years as Town Manager of Kremmling. He has worked to promote business development as a way to increase the tax base and support tourism. He has been instrumental in securing over $4 million in grants to improve infrastructure, build community facilities, and encourage new businesses and special events. He has led Kremmling through five successive years of increasing sales tax revenue. Specific to Palisade, Campbell has served as the Floodplain Administrator in LaGrange, and assisted in the 2008 Mississippi River natural disaster. 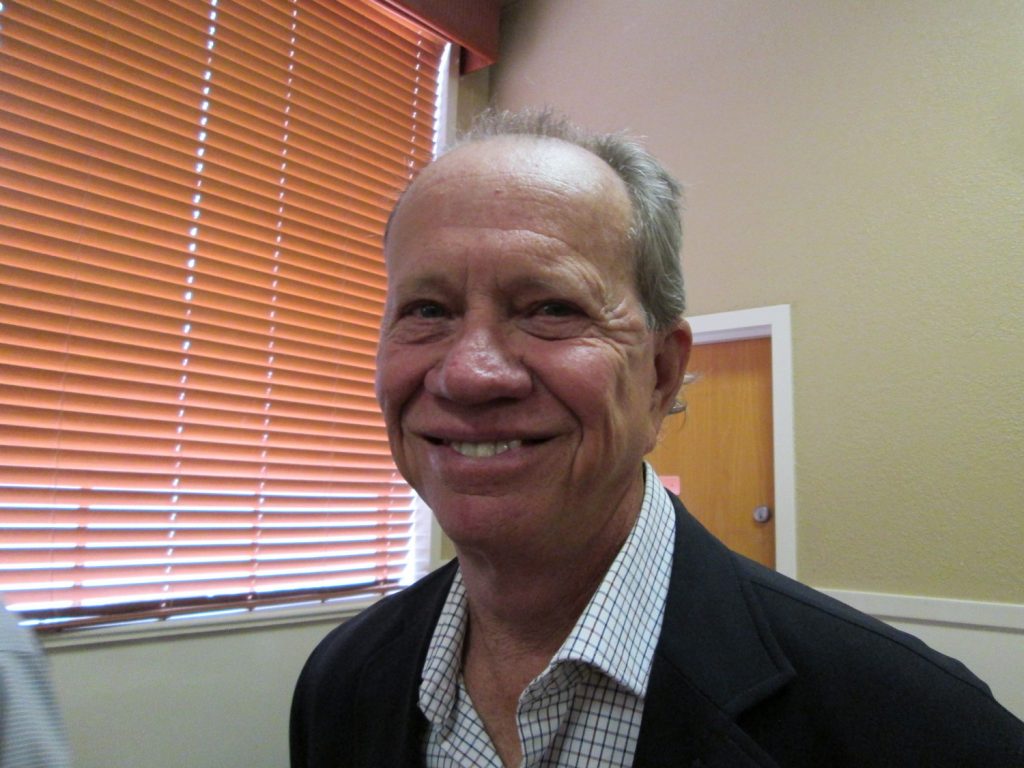 D. Michael Segrest – A graduate of Texas Tech University with a degree in park administration and continued studies in organizational management, Segrest has spend many years in Colorado communities such as Lakewood, Snowmass Village and Boulder as well as the smaller towns of Timnath and Mead. Most recently working as a local government consultant, Segrest has developed sustainable financial management strategies by increasing non-tax revenues and maximizing use of a town’s existing resources. 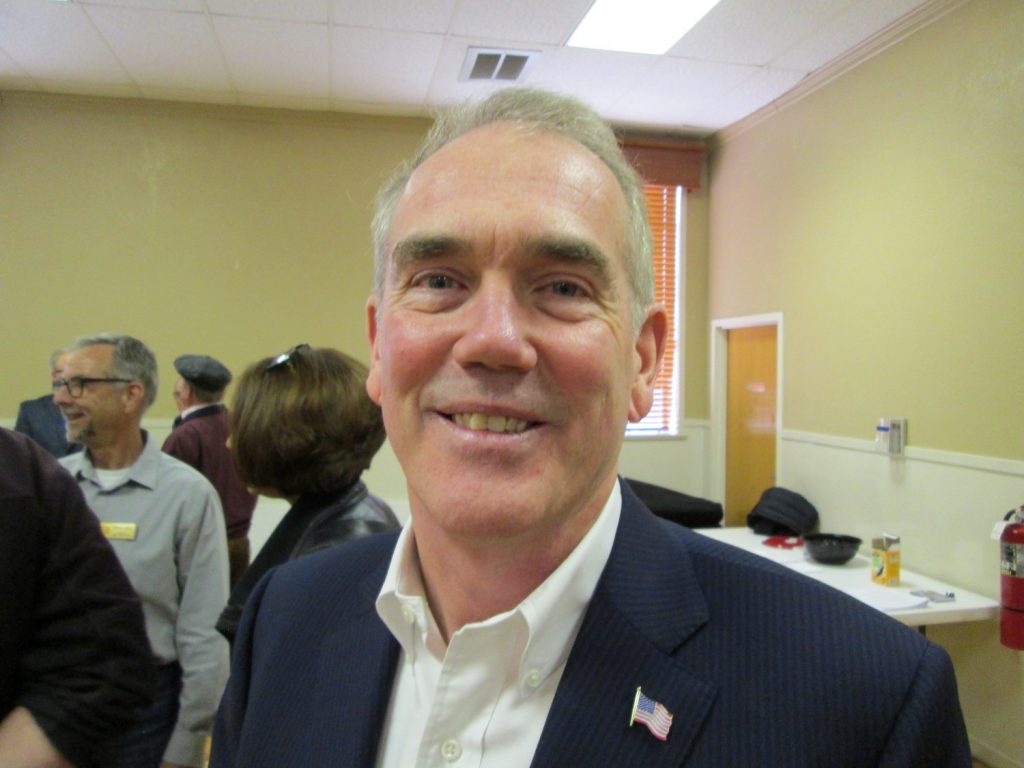 J. Mark Rooney – Mark Rooney introduced himself as a small-town boy, having grown up in a very small town in Nebraska that he compared favorably to Palisade. Although much of his recent history has been spent as Village Manager for a couple of different suburbs of Chicago, Rooney is also a retired Lt. Colonel for the U.S. Army Reserves and has spent two tours in Iraq. He also has a bit of political experience, having served on the staff of U.S. Senator Paul Simon. With at least one son that is a football player, the fact that the Palisade Bulldogs are highly ranked in their division should make the move easier on at least one member of his family, if chosen for the position. 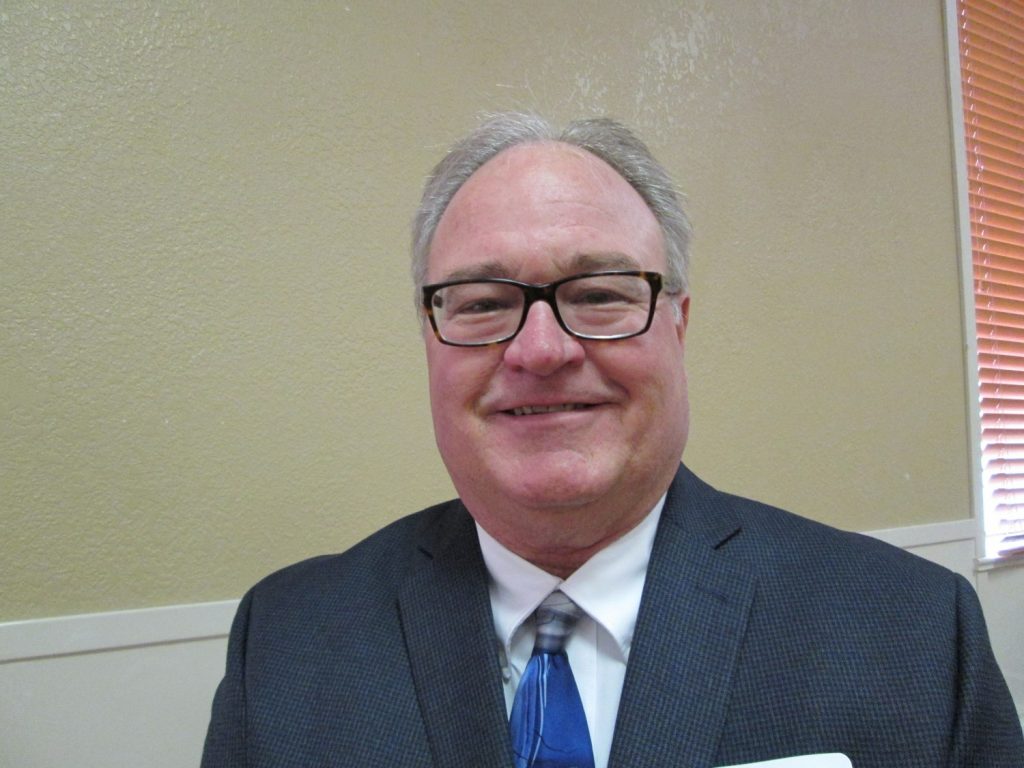 Bill Malinen – Last, but certainly not least, is candidate Bill Malinen, a recent transplant to the Grand Valley. Bill has served as the City Administrator of Branson, Missouri. As Branson is a major tourist destination, Bill believes that he has developed skills necessary to help Palisade with development of tourism and attraction of new businesses. Malinen has a master’s degree in Public Administration and has been able to help communities develop comprehensive plans and improve their infrastructures, and Palisade has looked at doing both.