Members of the Palisade Chamber of Commerce were out in force Wednesday evening for a rather ‘balmy’ Business-After-Hours at the Wine Country Inn. The fire-pit on the outdoor patio welcomed guests, although most ended up indoors once the sun went down and the temperature dropped to a more seasonal February temperature. 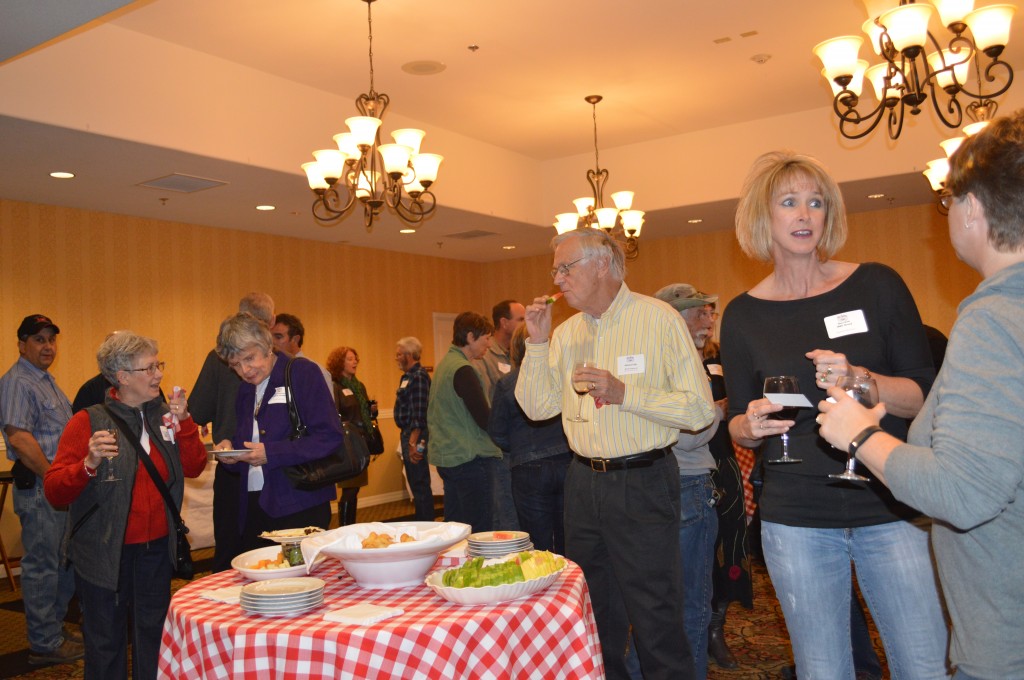 From left, Chamber Board member Marie Granat talks to Food for Thought’s Dixie Burmeister, while host Richard Tally and Mary Britt of MBC Grand do some networking at the Business-After-Hours mixer on Wednesday evening at the Wine Country Inn.

Guests were also treated to a 90 second video presented by Priscilla Walker and Charlene Weidner of the Palisade Historical Society to kick off this year’s 100th Birthday of the Roller Dam. Titled “The Dam Water,” the video was ‘narrated’ using a catchy tune performed by Palisade’s former police chief, Carroll Quarles. Showcasing the local scenery, the video illustrates the agriculture at this end of the county, and the effects of the Roller Dam on the local economy. It was written and produced by local part-time resident Maggie Fellman, along with a longer version to be shown at local events throughout the birthday year. 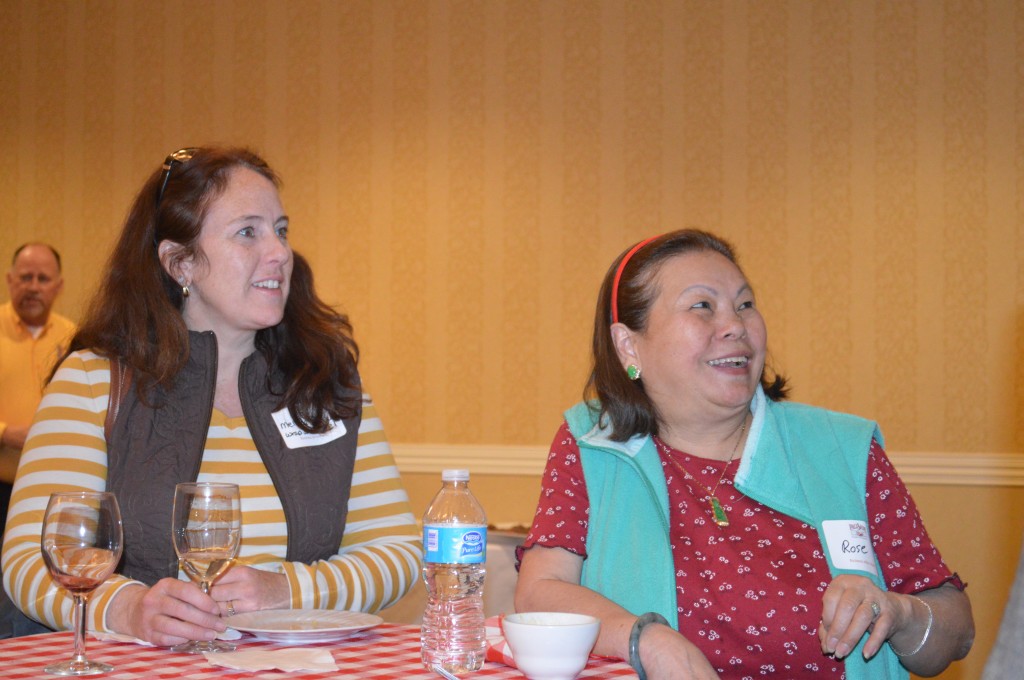 Delicious appetizers and wines were provided by the culinary staff at the Wine Country Inn, and were probably a contributing factor to the large turnout. Comfort food like Mac and Cheese, and Chili with all the extra fixings paired well with a selection of wines and other finger foods. 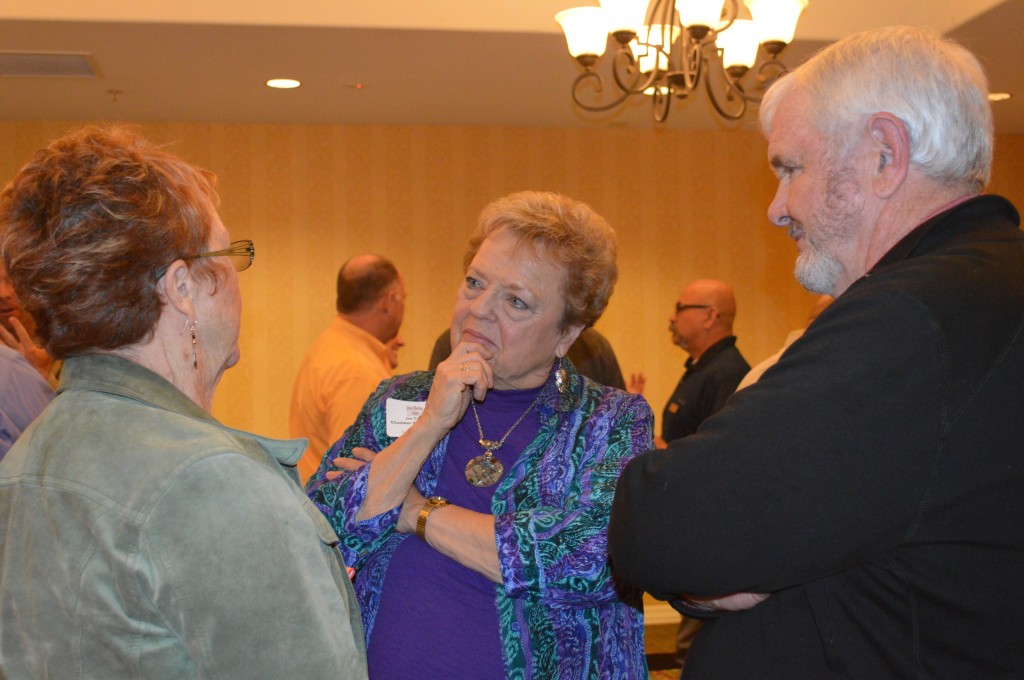 The Chamber will be holding their annual awards banquet later this month, Saturday, February 21, also at the Wine Country Inn. 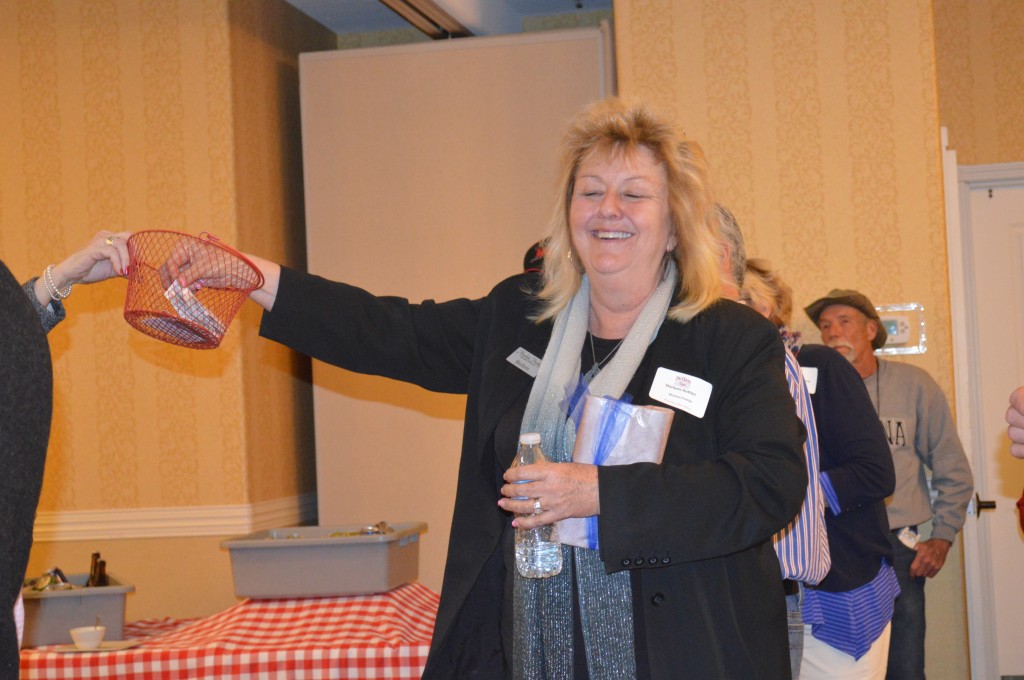 Shirleen Hutton of Absolute Prestige Limousines, using the self-blindfold technique (closing her eyes!) chooses the next winner of a door prize. Absolute Prestige has added a couple of brand new multi-passenger buses to their inventory of comfy rides.