Although final numbers aren’t yet available, Palisade’s Mayor Roger Granat announced prior to last Saturday evening’s Bluegrass Festival entertainment that the Trustees had already decided in favor of sponsoring the 8th Annual Palisade Bluegrass & Roots Festival on June 10,11 and 12 of 2016. 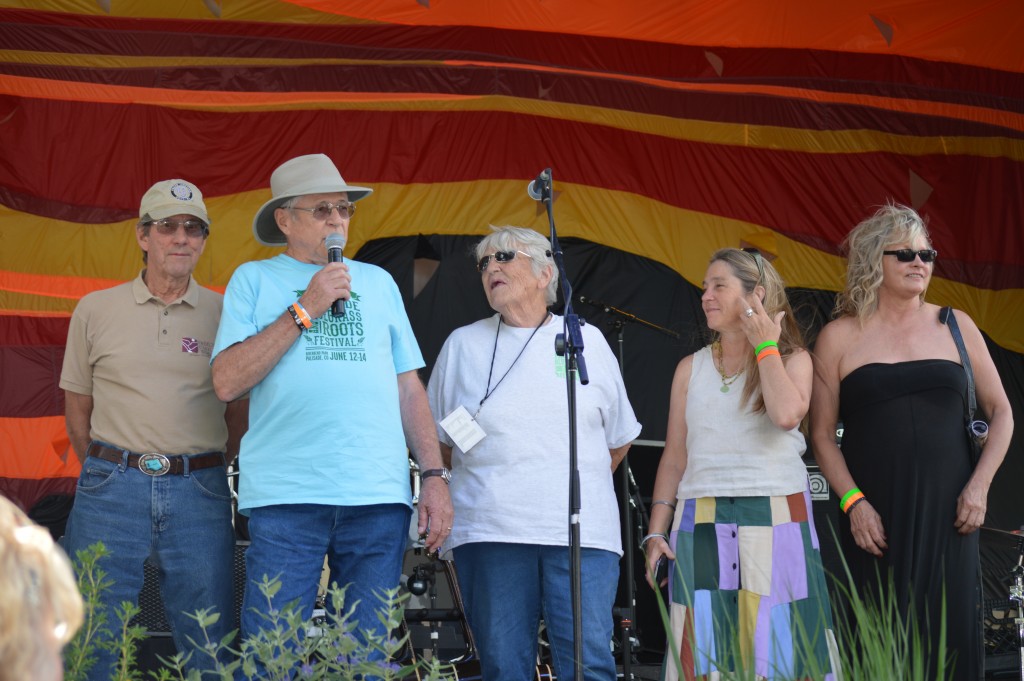 This is great news for the growing number of returning festival guests, one of whom was overheard promising a bartender, “We have a group of 14 that regularly attend festivals. We’d never been to this one before and we’ll definitely be back!” “Telluride without the cold or the chaos” was also overheard more than once. 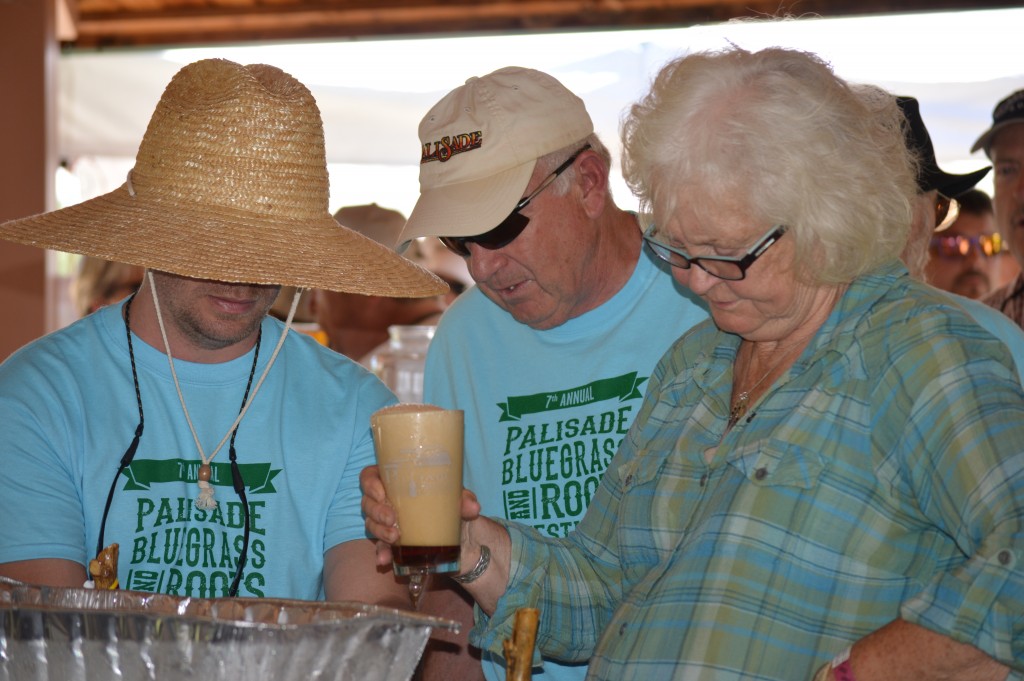 The weather couldn’t have been better for the event this past weekend, and the sunshine was plentiful. As always, the musicians were energized by playing in such a beautiful setting as Riverbend Park. They always seem to enjoy the festival as much as the fans do. 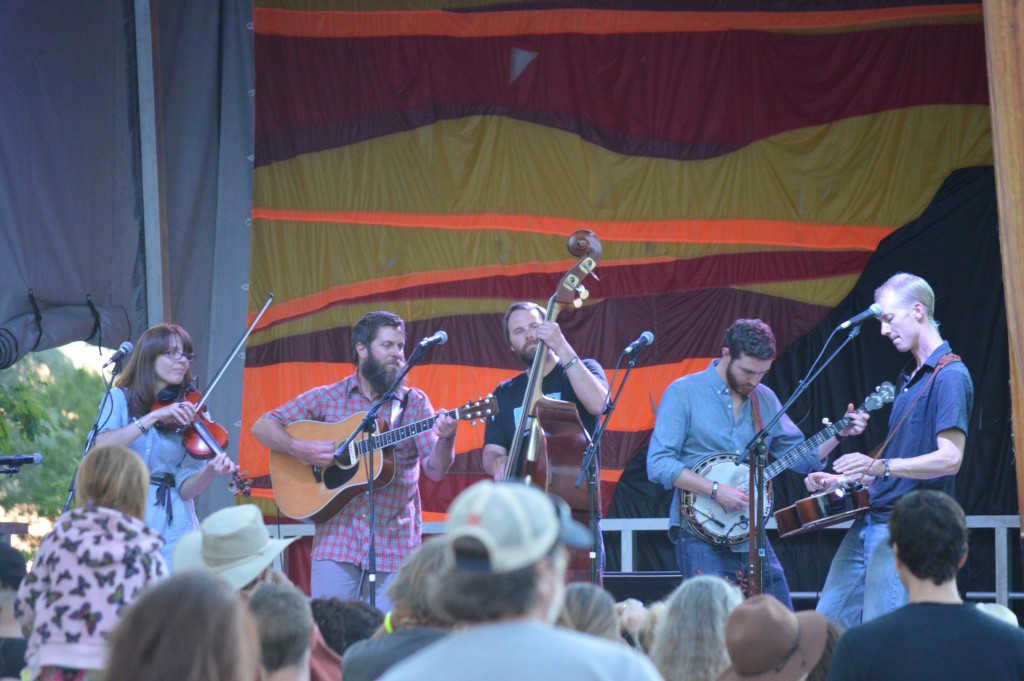 Trout Steak Revival played on Friday night, getting the Festival off to a great start. They’ll also be playing at Telluride this year, but they’ll probably be shivering…

There were lots of ‘extra’ activities offered through the weekend in addition to the music. The mighty Colorado River was running a little too high and fast this year for any river activity, but Rondo had plenty of kids (big and little) out on the pond on paddleboards.

There were early morning yoga sessions on the lawn in the campground, a guided hike to the petroglyphs on the Palisade Rim Trail, and a bike ride through Palisade’s downtown neighborhoods and Sunday Market, with stops for wine tasting and lavender sampling. 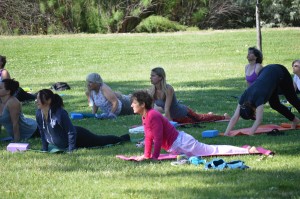 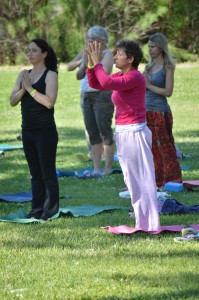 The Palisade Lions Club added a pancake breakfast to the weekend schedule this year, and was serving guests under the trees just outside the entrance to the festival. The big griddle was frying up hotcakes as fast as people could eat them, with eggs, bacon, sausage, juice and coffee too. It sure was easy for the campers… 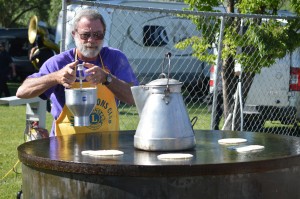 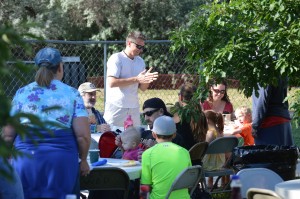 Premier camping sold out early, understandably. Where else can you drift off to sleep on thick green lawns, under a breezy cottonwood canopy, the sounds of the river mixing with soft harmonies of musicians lulling you to sleep from their after-hour campsite jam sessions? 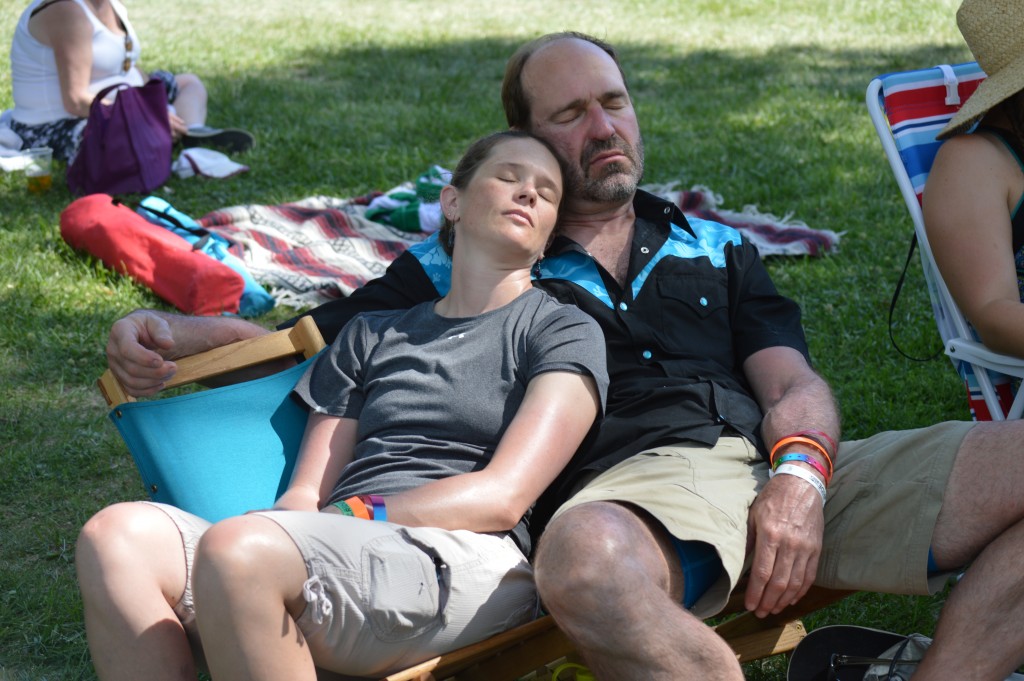 Who needs a campground? Some of the guests were lulled to sleep under the breezy cottonwoods in broad daylight, now that’s a relaxing summer afternoon!

Tickets are already on sale for next year’s event. Call the Town of Palisade at 970-464-5602 or go to Palisademusic.com for more information on next year’s festival. 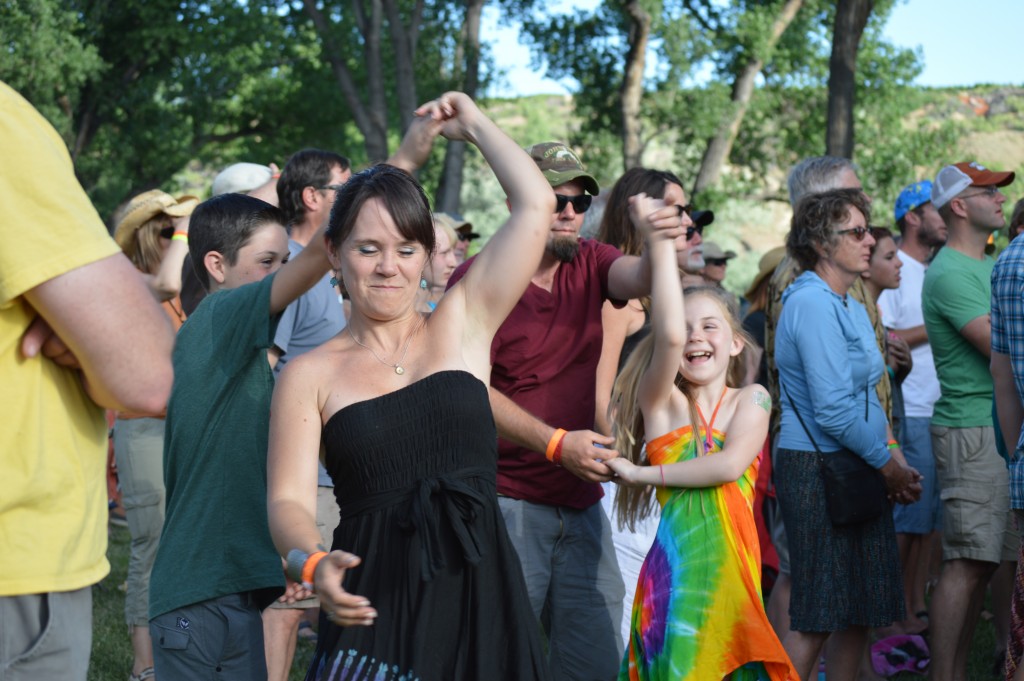 The family that dances together… has a great time at the Palisade Bluegrass & Roots Festival!