Members of the Palisade Chamber of Commerce brought their sweethearts to the Business-After-Hours on Wednesday, February 15. Hosted for the first time ever by the Palisade Cafe 11.0, guests filled the cafe, mingling under the ever-changing artwork. 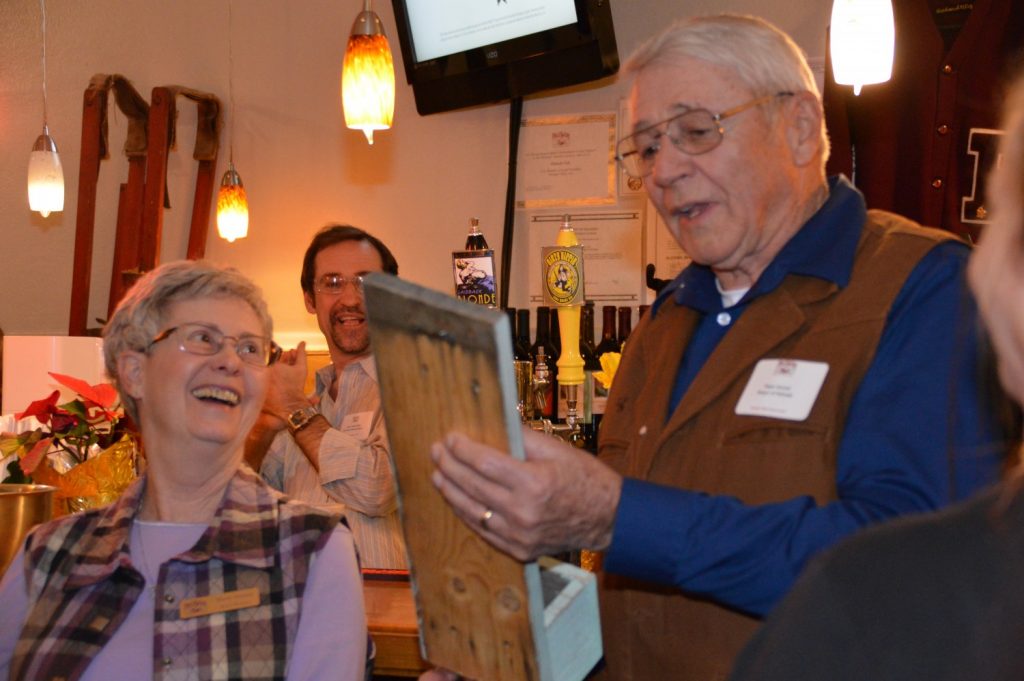 Mayor Roger Granat decides to hang his new bottle opener right next to the fridge as Marie looks on.

Hosts John Sabal and Marty Montoya were everywhere, serving appetizers, pouring drinks and mingling with the guests. The Cafe has been hosting Winemaker Wednesdays through the winter this year, pairing local cuisine with local wines and hosted by the winemakers themselves. The popular evenings have been selling out but there are still open dates available. 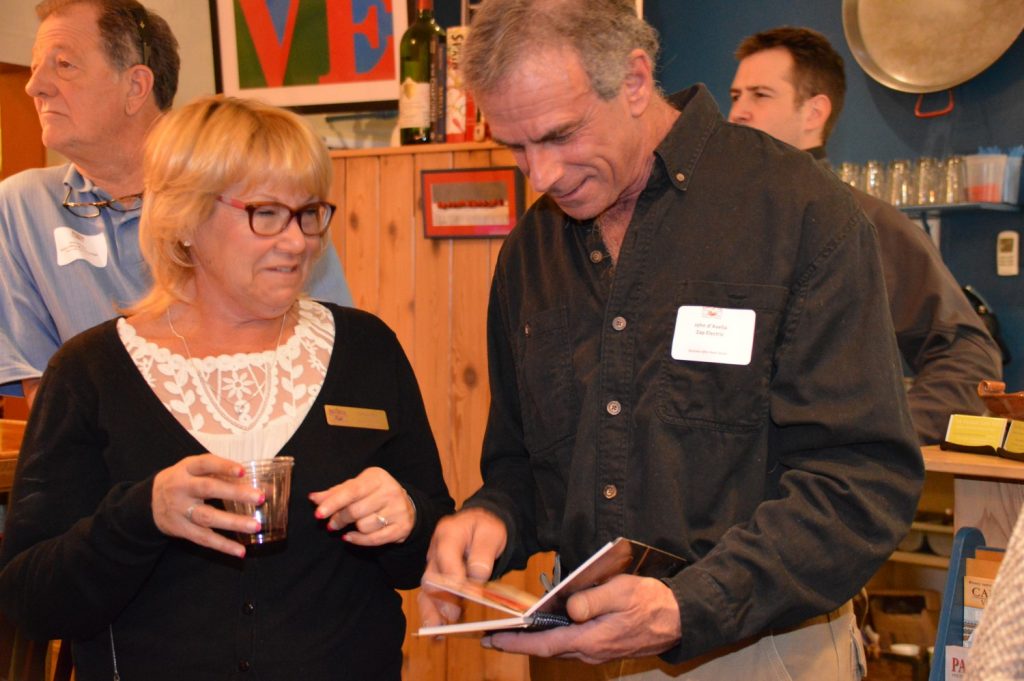 Anita Hix of Anita’s Produce and Gifts admires the photography in the door prize won by John d’Avella of Zap Electric.