A large crowd of citizens listened in silence, hand over heart and hats off, when the Palisade High School band struck up “The Star-Spangled Banner” on the morning of July 4 in Palisade Memorial Park.

The band continued with patriotic tunes in the shady park on a warm summer day.  The Town of Palisade invited residents to the parade, and to the park for the games and free barbeque.

The music followed a short holiday parade through downtown.  The route also christened a stretch of the newly reconstructed Main Street between 3rd and the alley behind the Community Center.

The town has also invited residents to a grand re-opening of Main Street on Friday, July 10, 6 to 9 p.m.  The celebration will include food, live music, dancing in the street, and activities and games for kids. 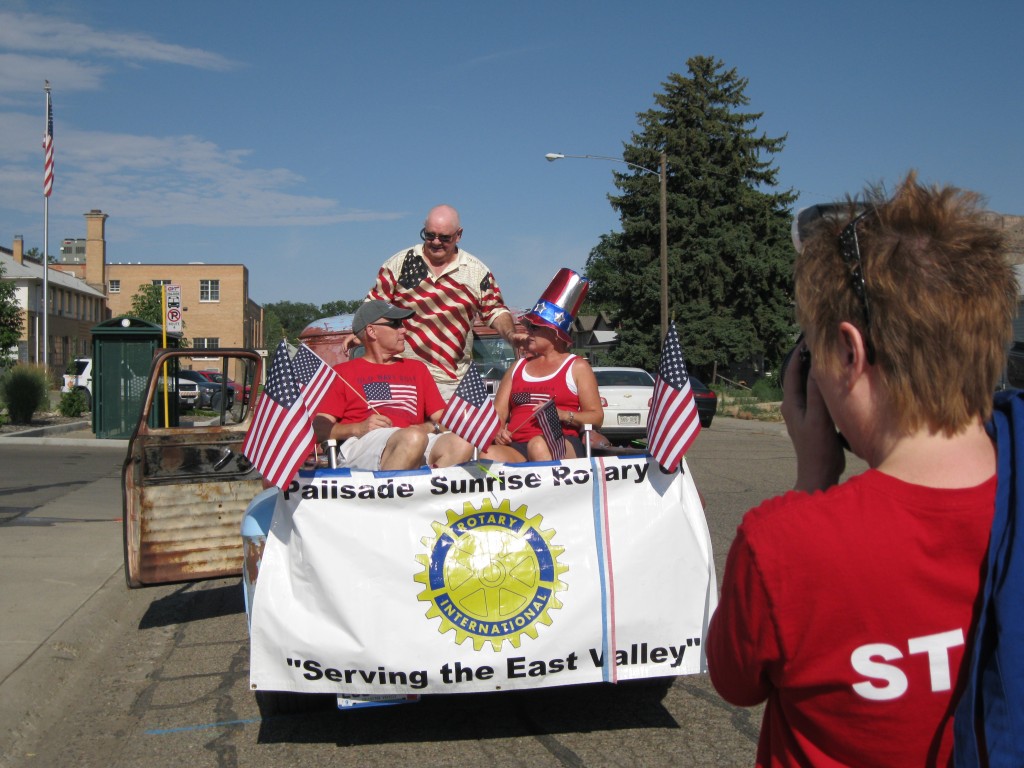 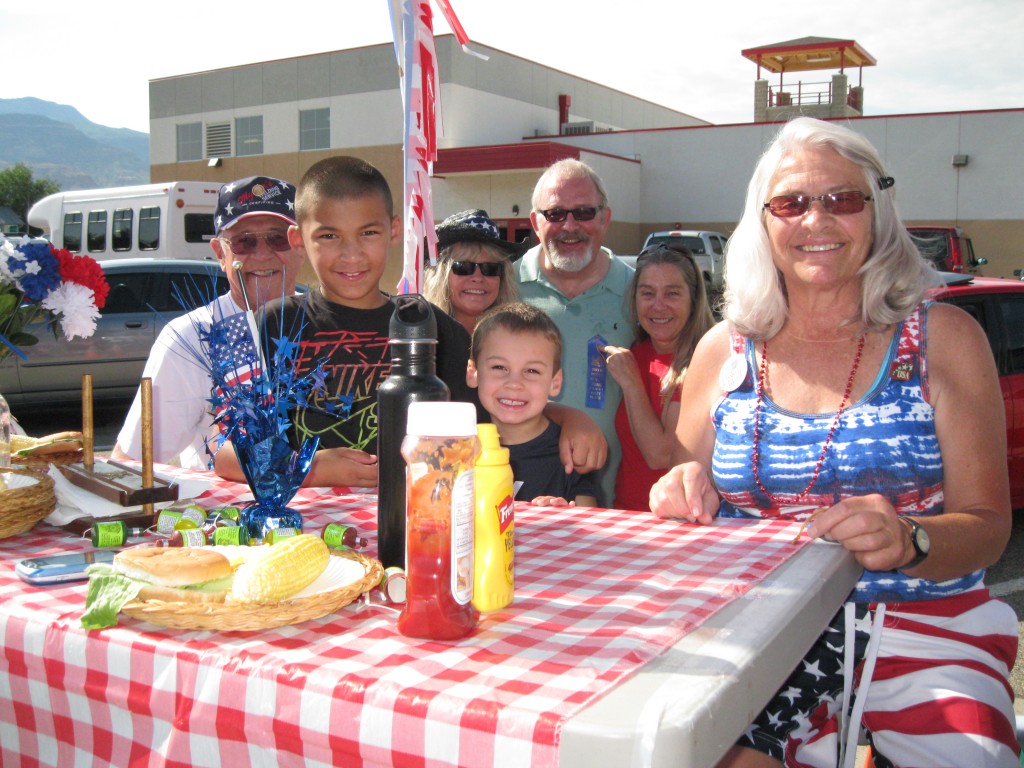 The Town of Palisade trustees’ float took first place in the parade contest.  The float featured a picnic table and setting.  Smiling following the parade were Mayor Roger Granat, at the left, and Trustees Robynn Sundermeier, Dave Edwards, Thea Chase and Susan L’Hommedieu. Joining them were L’Hommedieu’s grandsons, Marcus and Jordan. 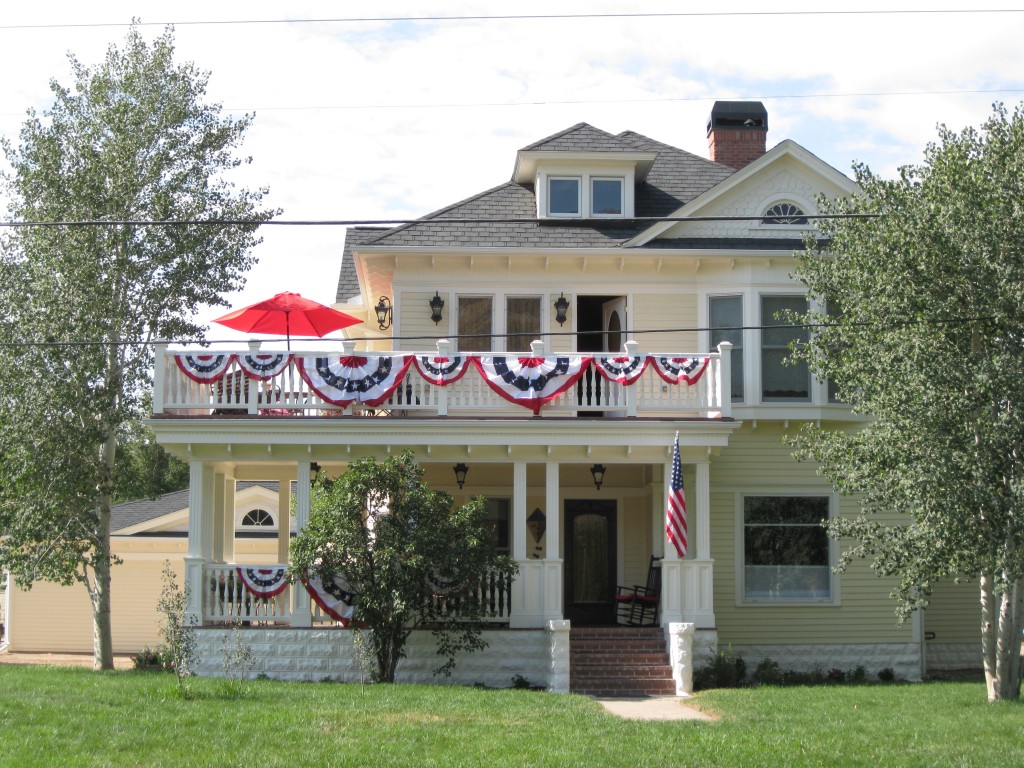 Palisade homes decorated for the 4th of July included this one on 8th Street/Highway 6 at the intersection of Main Street.