Sounds of Christmas carolers could be heard through the Colorado National Bank building on Wednesday evening as students of the Palisade High School choir entertained guests at the annual Chamber After Hours Christmas Mixer.

In what is usually the largest turnout of the year, Chamber members filled the bank building for a delicious ‘dinner’ of appetizers by Rose Casabona of the Red Rose Café, accompanied by wines too numerous to count, donated by many chamber winery members for the occasion. 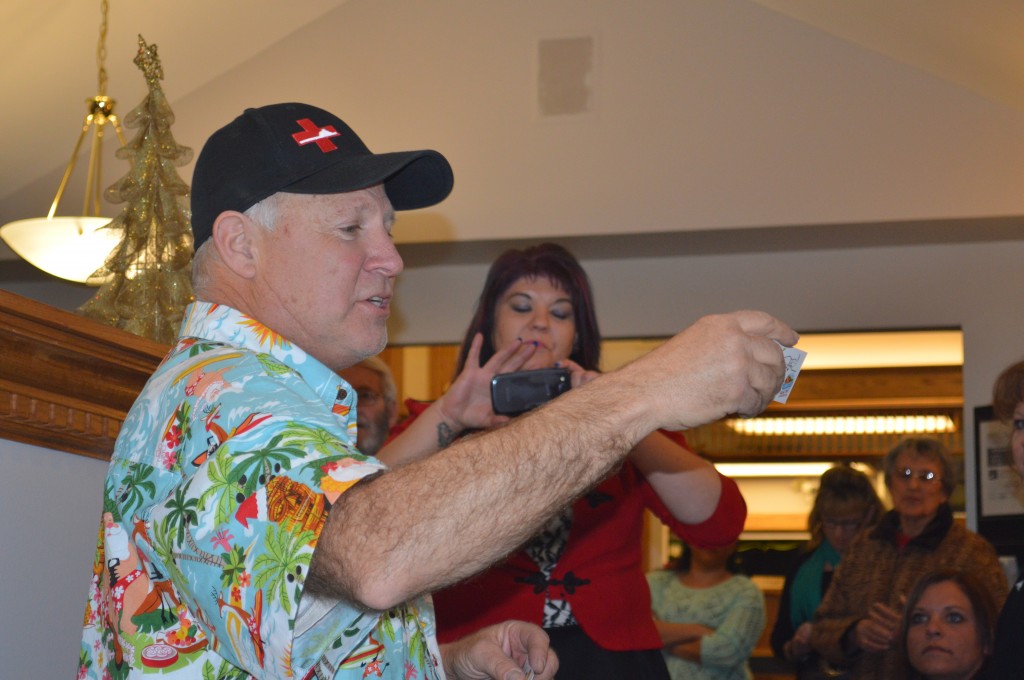 After the entertainment, a mix of seasonal carols and tunes from Walt Disney’s “Frozen” led by choir director Matt Doty, there were the usual door prizes before the annual Christmas raffle.

This year’s prizes were donated by Mike and Cindy McDermott of Suncrest Alpacas; a basket of alpaca goodies was won by Toni Ray of Palisade and the grand prize of an Alpaca comforter was won by Dan and Juliann Adams. Since Juliann is the director of the Chamber, she was teasingly suspected of foul play, but the drawing of the winning ticket had been done from a glass jar in front of the entire crowd, so it was really just the luck of the draw. Juliann expressed her appreciation both for the comforter, and for the great year that the Chamber just wrapped up. 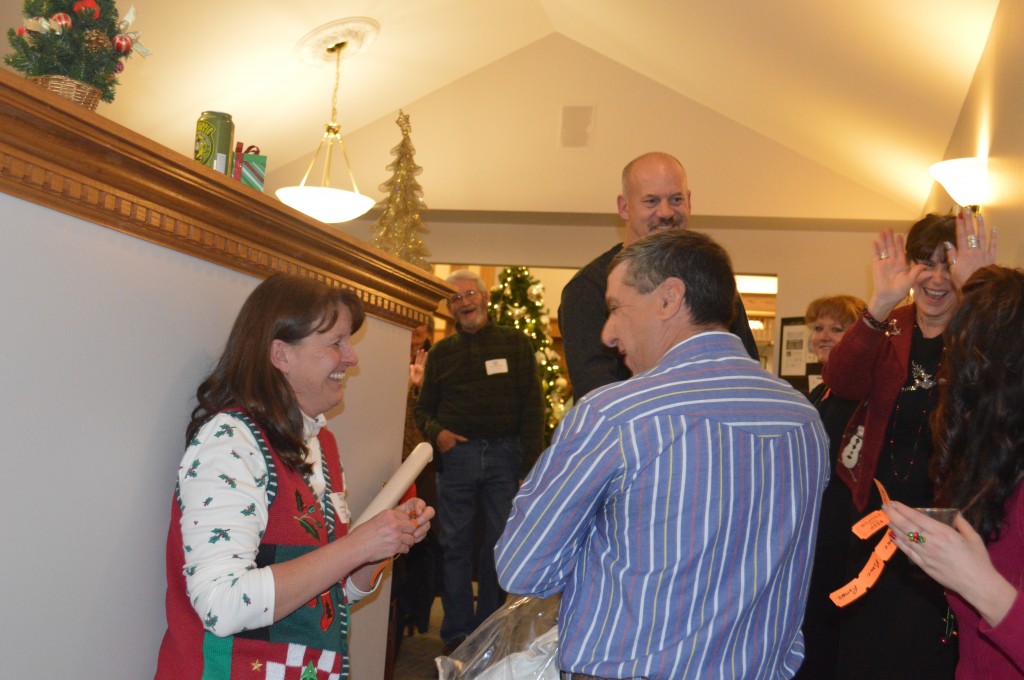 Dan Adams takes possession of the grand prize alpaca comforter from Cindy McDermott of Suncrest Orchard Alpacas as Juliann ‘high-fives’ in the background.