“’George Crawford’ just rode up on his motorcycle” during Peach Fest, quipped Priscilla Walker, chair of the Palisade Historical Society board.

Walker savored the anachronism* of the 19th century Grand Valley historical figure in period clothes arriving at the Palisade History Center on a motorcycle.

“Crawford” was actually John Lindstrom, a present-day historian in Palisade.  He is one of several Historical Society members who led Historic Guided Walking tours on Aug. 15 during the Palisade Peach Festival, continuing through Aug. 17. 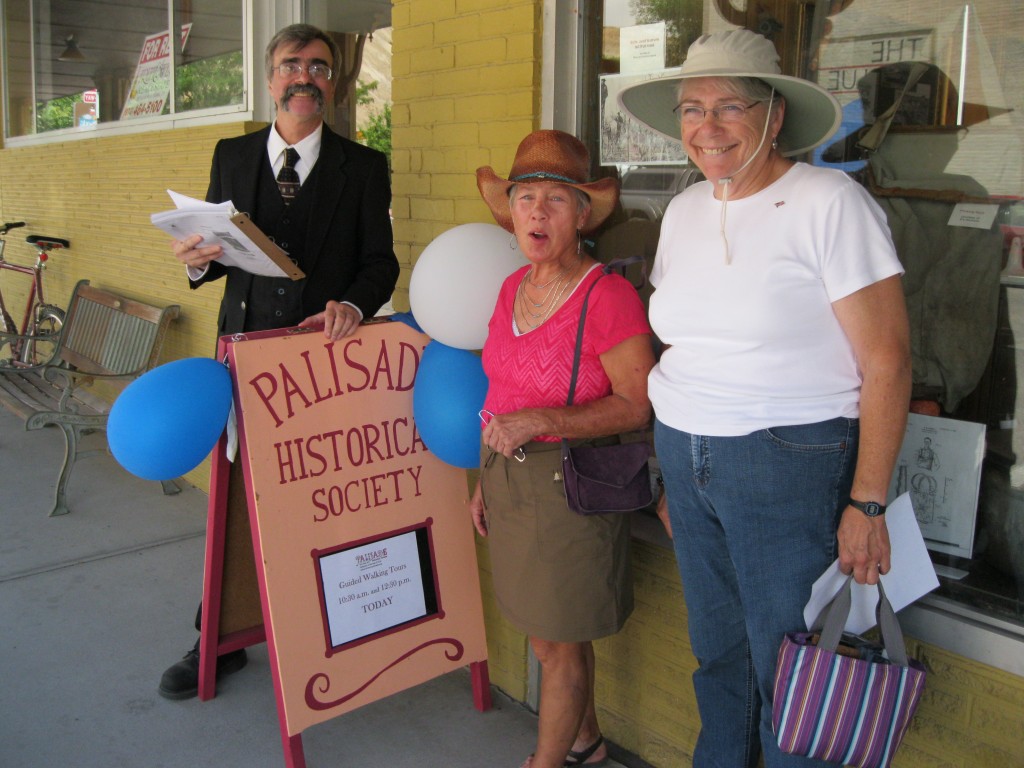 The “Fire and Brimstone” tour was led by Walker, also in period dress.  Highlights of the tour are sites of major fires, including packing sheds, the hotel, the cannery, and churches, plus the sites of two former depots, one of Wayne Aspinall’s homes, the 4th Street bridge, and more.

A walking tour by Charlene Weidner focuses on businesses and homes near the Plaza.

The Society says Guided Walking Tours of downtown Palisade are held during special events or by appointment for groups of 10 or more. A donation of $5.00 per adult is suggested.

*The word anachronism describes “something or someone that is not in its correct historical or chronological time, especially a thing or person that belongs to an earlier time,” an online dictionary explains.