It would seem that Mother Nature conspired last Friday night to let Palisade know that winter is here, whether the calendar says so or not… the Annual Tree Lighting and Parade of Lights Christmas Parade was held in the Town Plaza on what started out to be a nice, warmish (well, not really cold) evening and finished in a wet, cold blizzard worthy of North Pole residents. 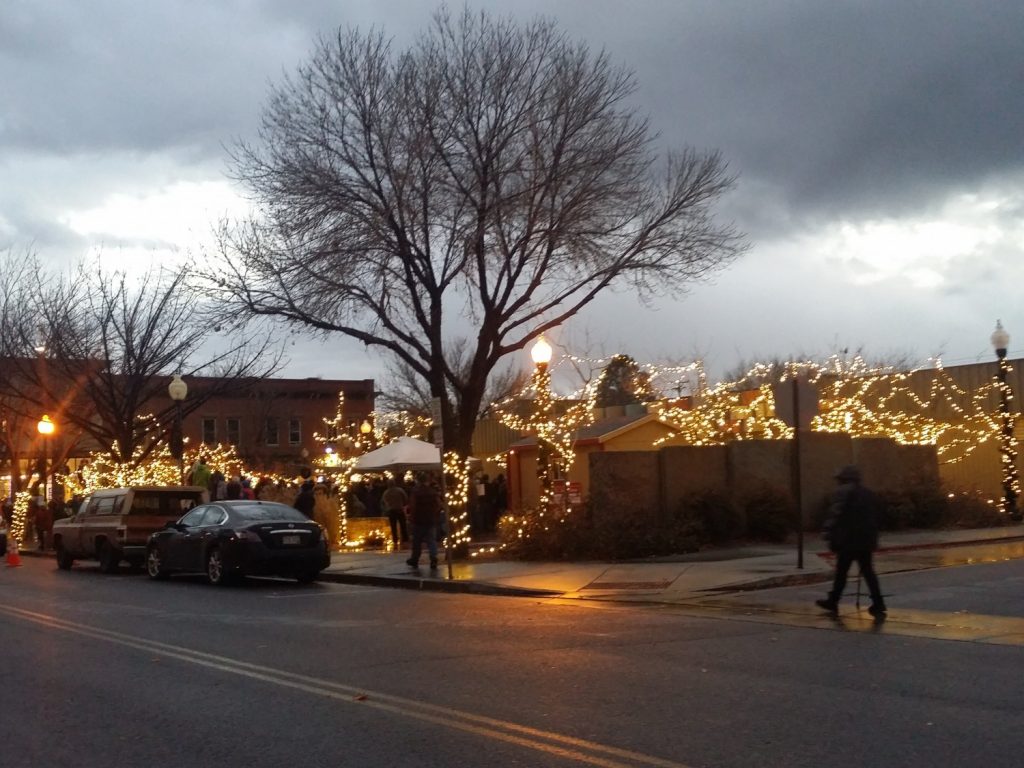 Greg Rule from KREX and Dixie Burmeister of Food for Thought, LLC, corralled all the kids from Taylor Elementary into caroling around the base of the town’s Christmas tree while waiting for the five o’clock public lighting of the tree. There was hot chocolate for the kids offered in the Plaza, and delicious soup made by the ‘chefs’ of Altrusa, served from the kitchen of the Slice O’Life bakery across the street. 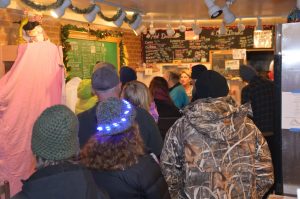 Spectators then took their places along the sidewalks of Main and Third Streets to await the arrival of the Parade of Lights. Float after float lit up the parade route, buoyed by the music of the Palisade High School Bulldog Band, also lit up for the occasion. 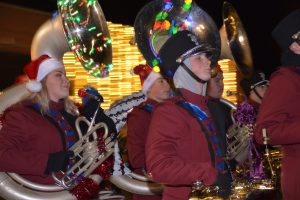 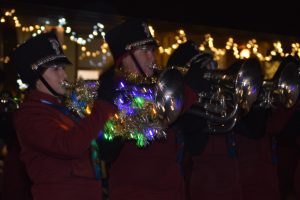 The parade threatened to bog down after the engine difficulties stalled the Moon Farm Express train in the middle of Main Street but viewers jumped in from the sidelines to help propel (as in PUSH) the train along the remainder of the route. 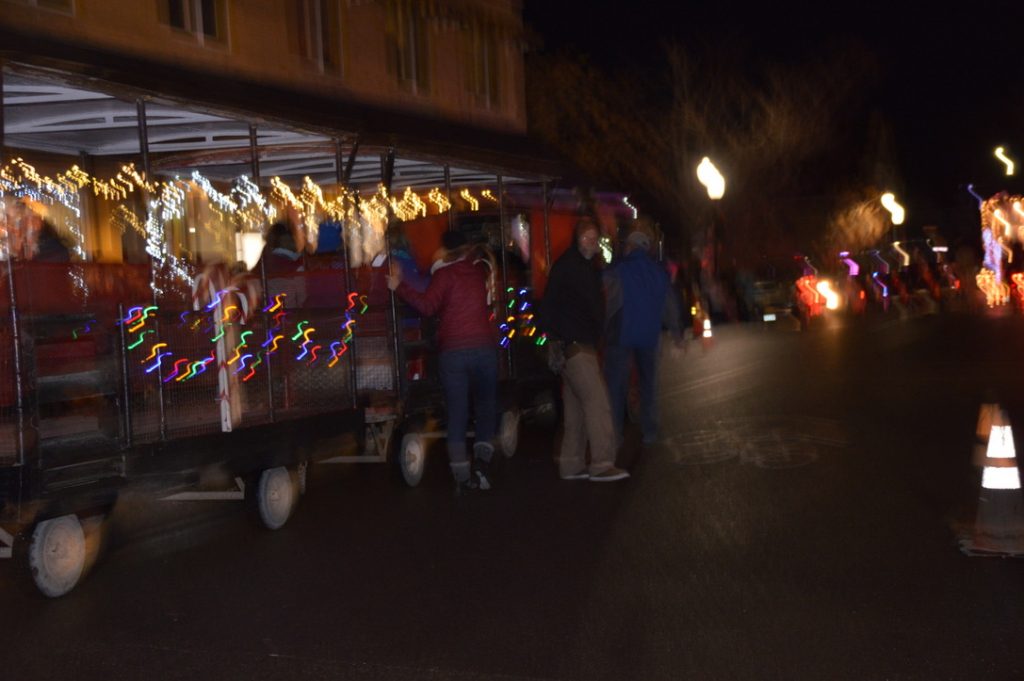 Kids groups such as the Girl Scouts, 4-H members and Little Peaches Day Care were represented as well. 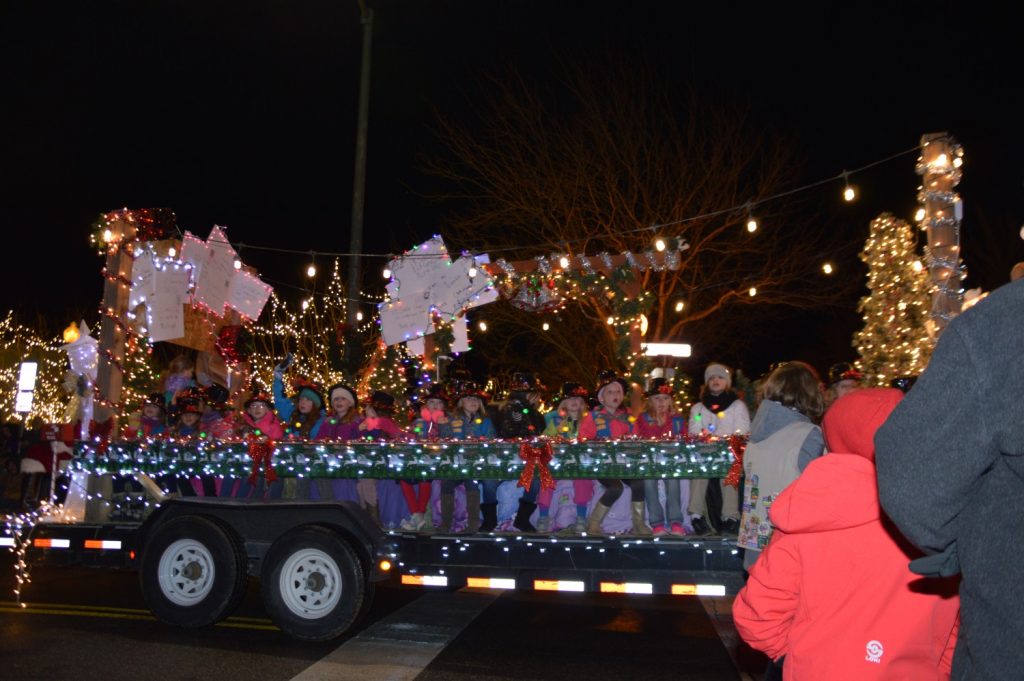 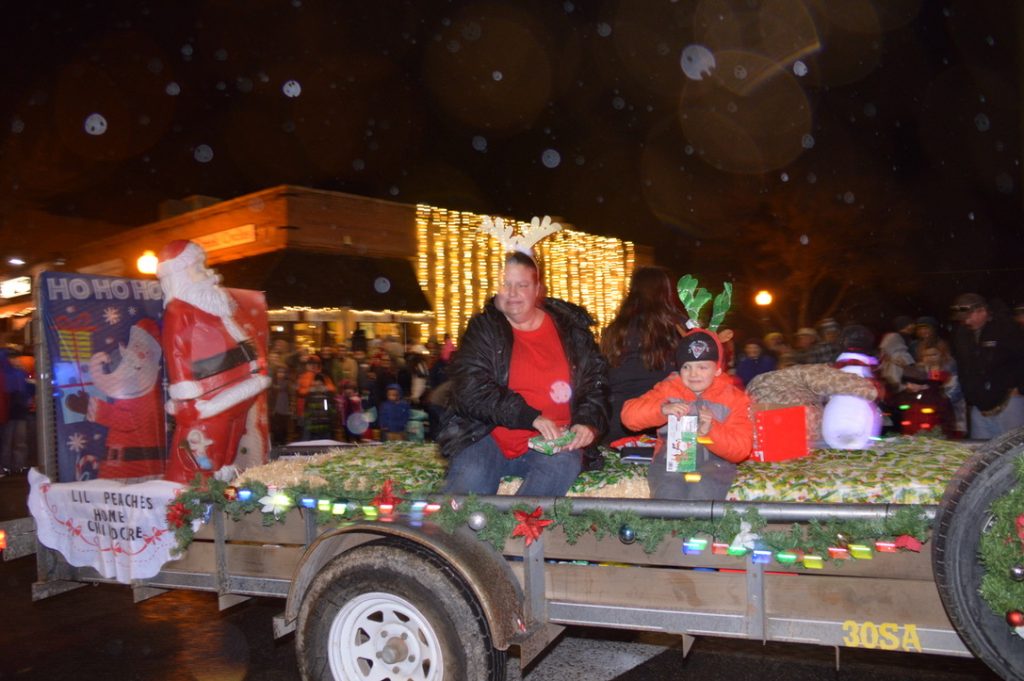 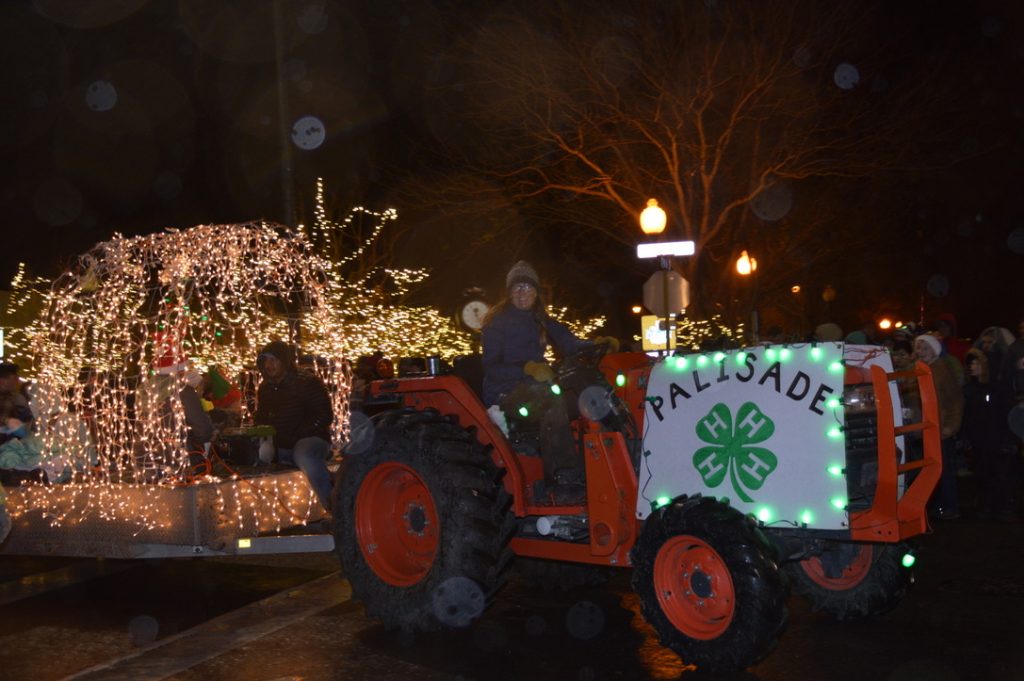 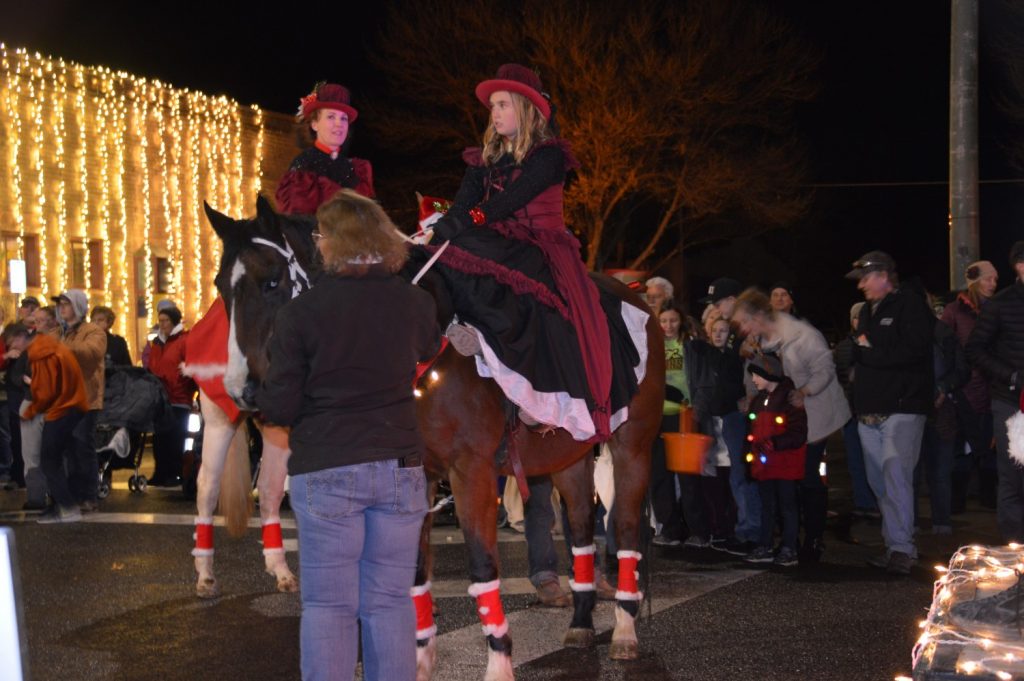 The elements finally let fly as the last few floats passed by and a torrent of rain/snow/sleet signaled the end of the evening. Cayenne, of SPUN Yarns and Fibers had all kinds of things spinning, and then there were the “just plain crazies.” 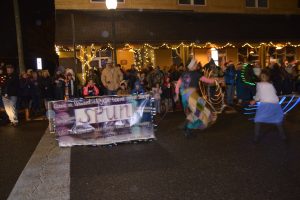 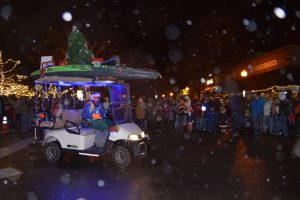 Saturday dawned a bit drier, and the Olde Fashioned Christmas went on as planned with a street market and Soup Challenge set up along Third and Main Streets downtown. Eight delicious soups were sampled and people crowded into the enclosure to sample and vote for their favorite. 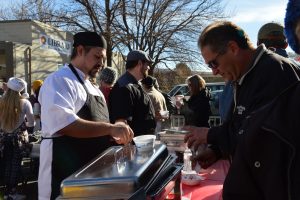 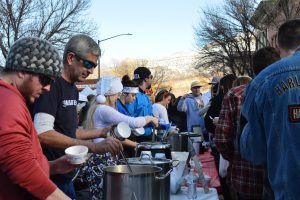 The annual Gingerbread House display and competition filling up the Veterans Memorial Center 8th and Main Streets. Clarks Orchards brought their beautiful horse drawn carriage to transport guests from one venue to the next. 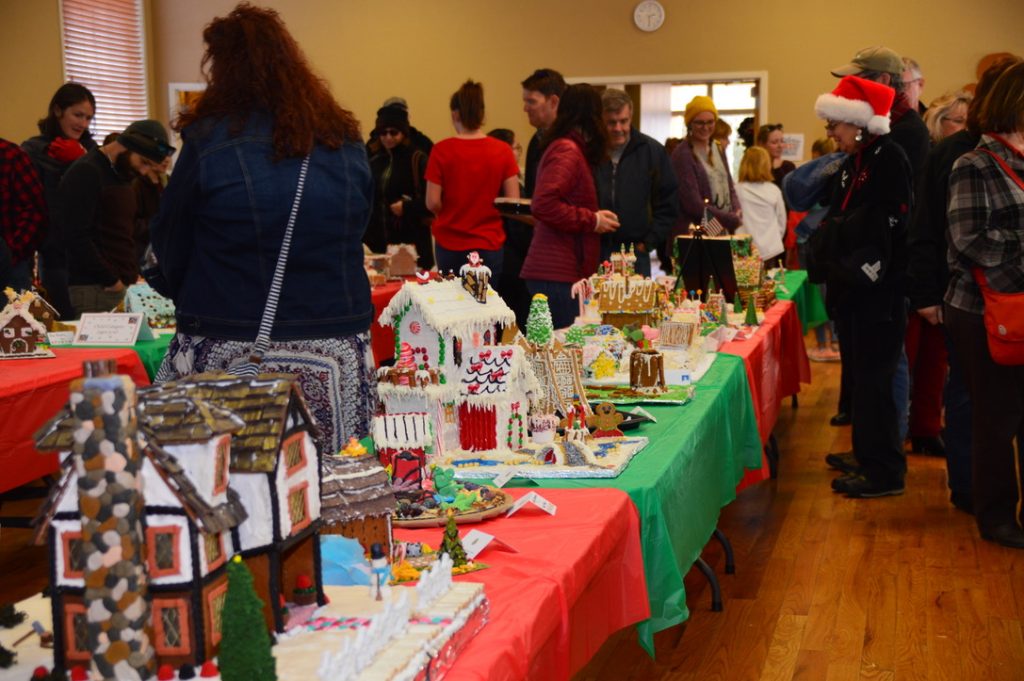 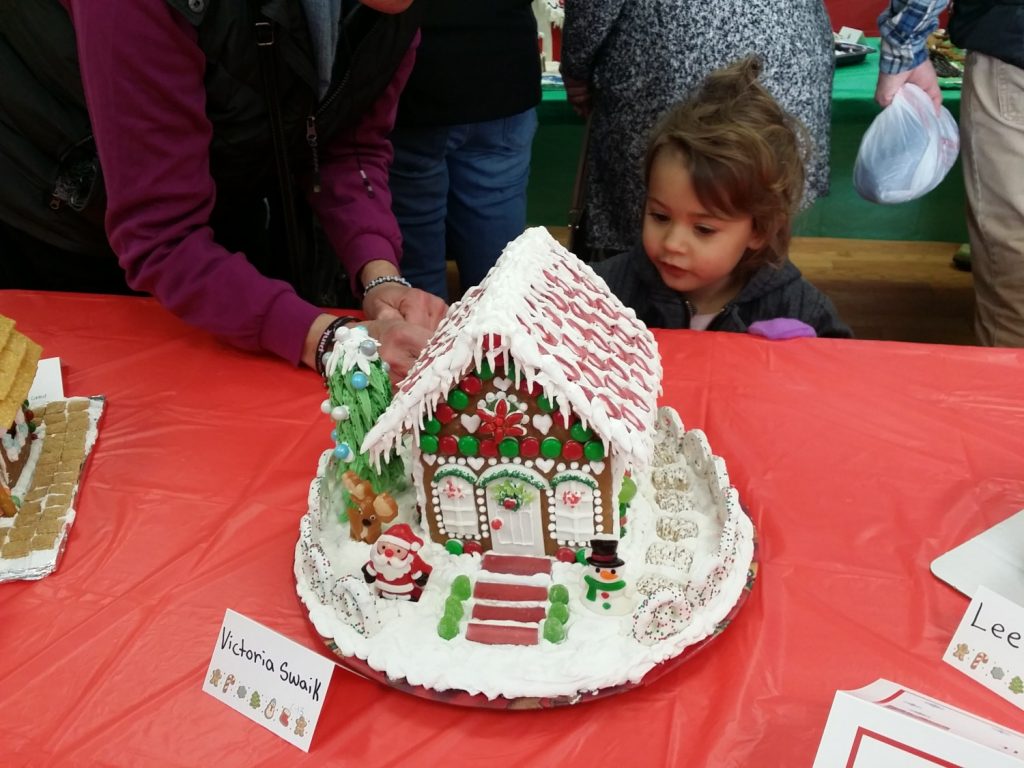 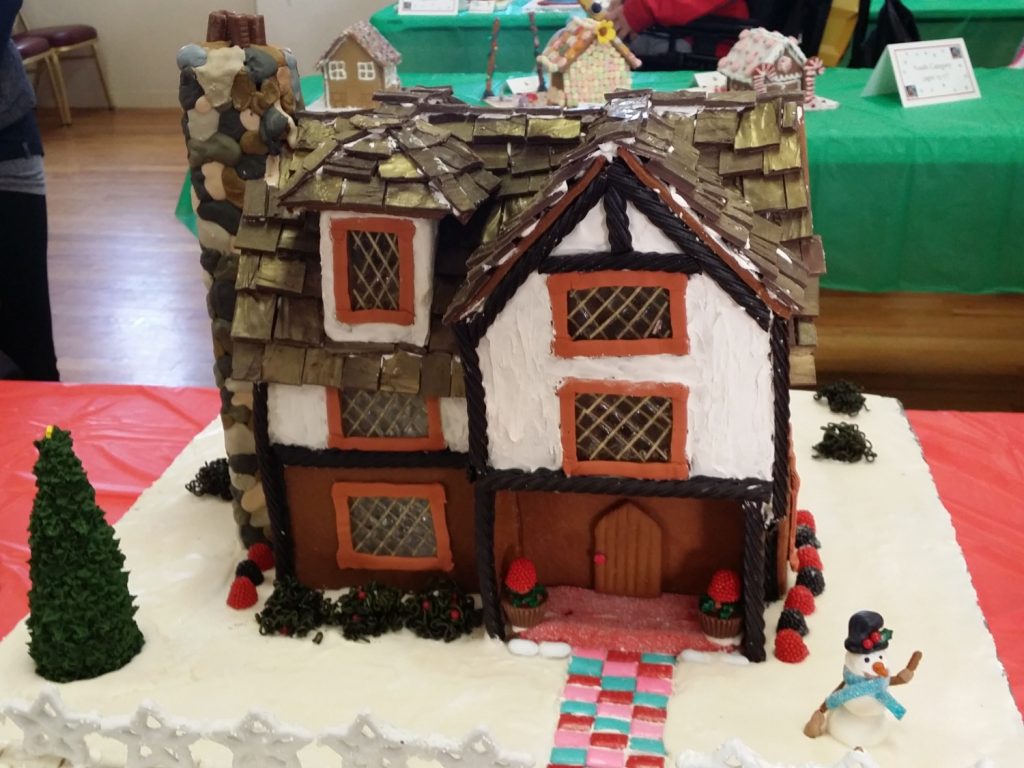 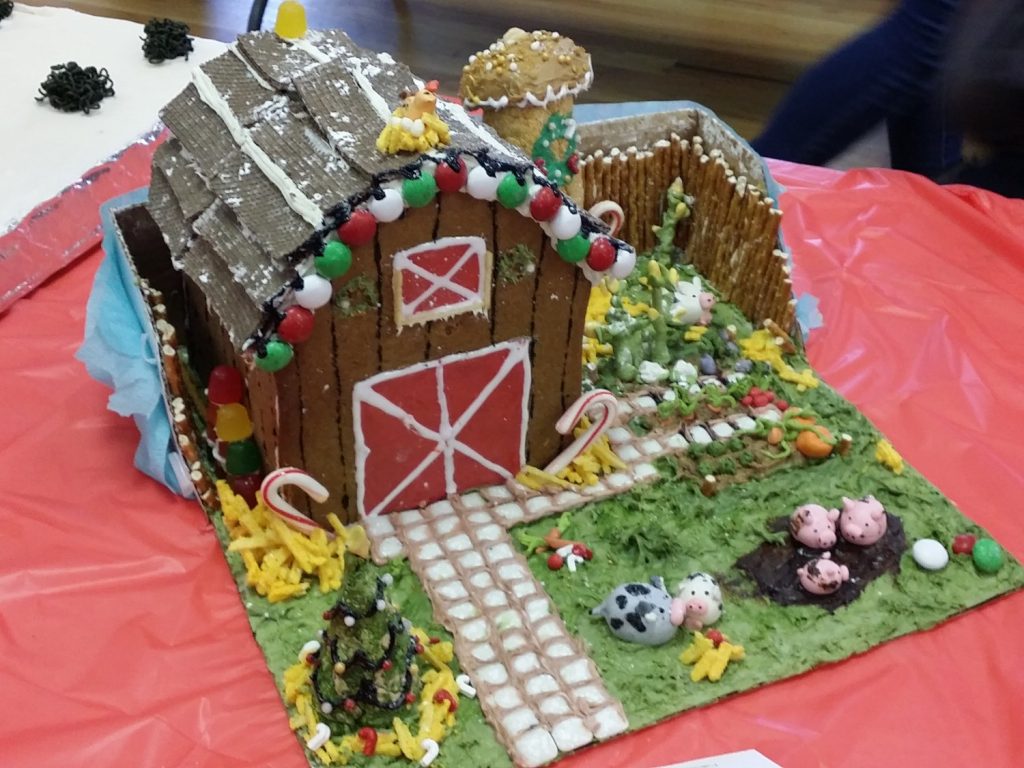 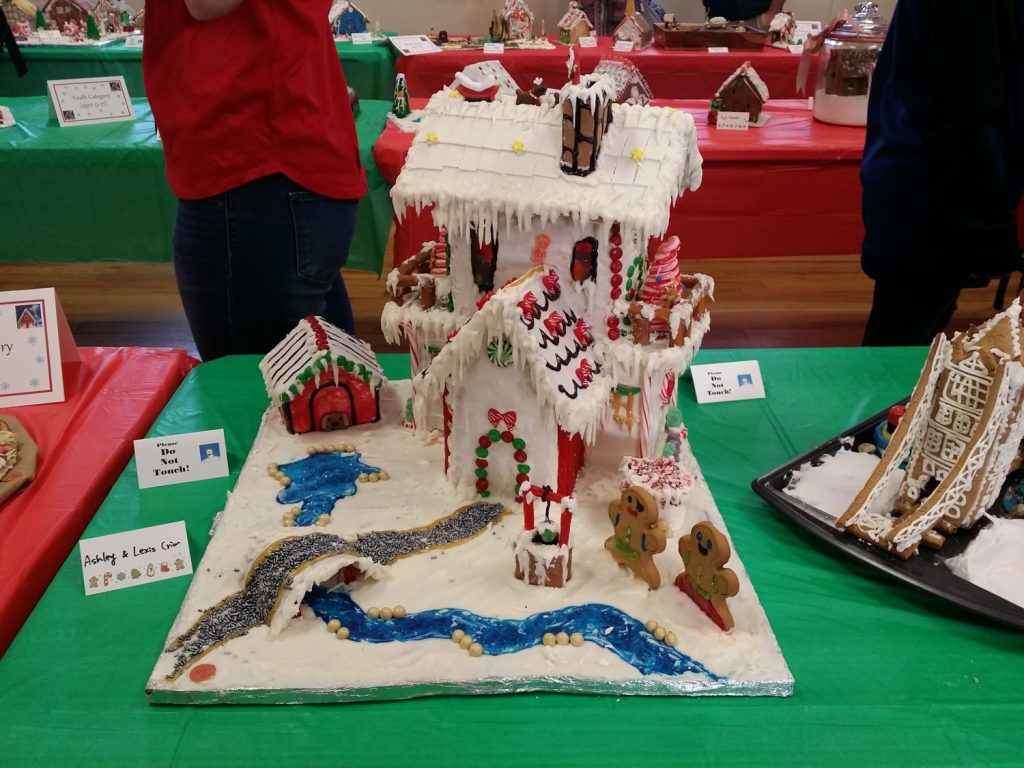 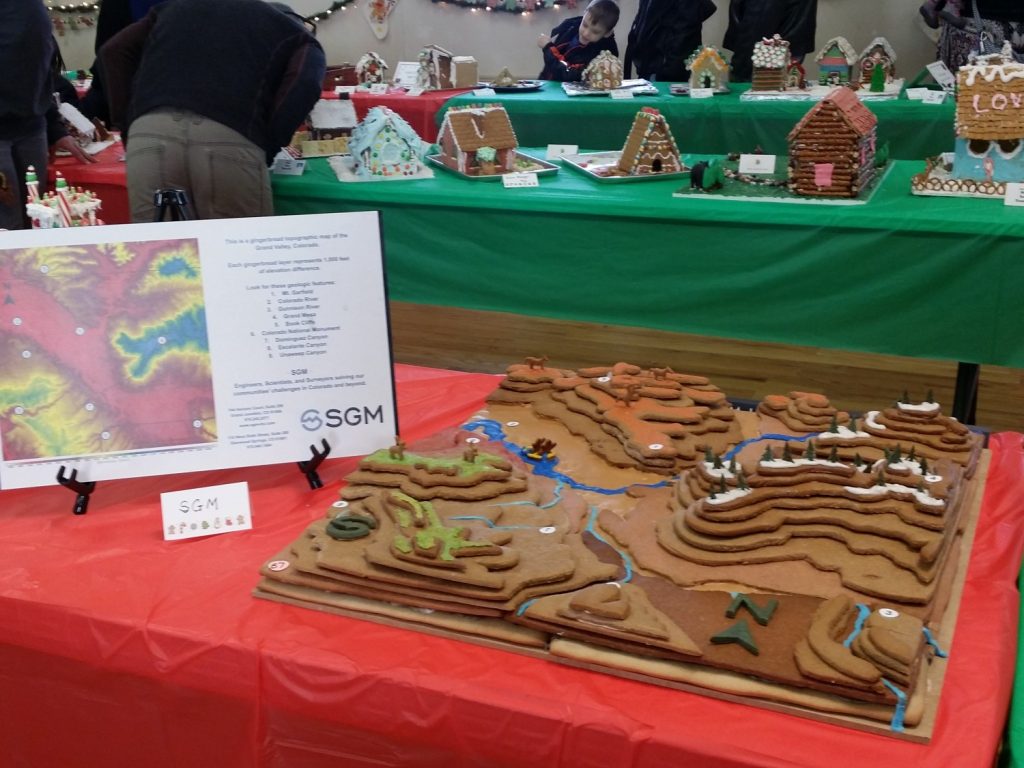