Large crowds of families and visitors were drawn to the 50th anniversary Palisade Peach Festival, Aug. 16-19.

“Welcome Peach Lovers! Peaches have been the lifeblood of Palisade for over a century and we love to celebrate the sweetness and beauty of the world’s best PEACHES,” Juliann Adams, executive director of the Palisade Chamber of Commerce, proudly proclaimed to readers of the 16-page Peach Festival supplement in The Daily Sentinel.

Golden peaches, fresh from Palisade area harvest, were abundant at the festival.

On Thursday, visitors were treated to free peaches and ice cream, the crowning of the Peach Queen and Court, and a street dance and music at 3rd and Main Street. The peaches and ice cream were scooped and served to the long lines of visitors by members of the Palisade town staff and trustees, an annual tradition.

On Friday and Saturday, visitors had a selection of 96 vendors, as well as music performances, at Riverbend Park.

In Memorial Park, Palisade Lions Club members served eggs, sausage, and pancakes to visitors, who were seated at long tables under the trees.

A rain shower early Saturday morning cleared in time for the parade and the breakfast in the park. The day was sunny and cooler.

On Sunday, the Farmers Market downtown continues to offer “the best produce in the state,” Adams boasted, as well as food and retail vendors, live music and the shops and galleries downtown. The market continues through Sept. 16.

The motto for the 2018 festival was “125 Years of Peaches, 50 years of Festivals.” The first “Peach Festival” held in Palisade was on September 16, 1930, the Palisade Historical Society writes in the Sentinel supplement.

The official art and poster for the 2018 festival is a painting by Kay Crane, artist, and director of the Blue Pig Gallery in Palisade. The painting features a blue truck, a dog, and a giant peach. The image is available at the chamber on coffee mugs, mouse pads, t-shirts, and other merchandise. 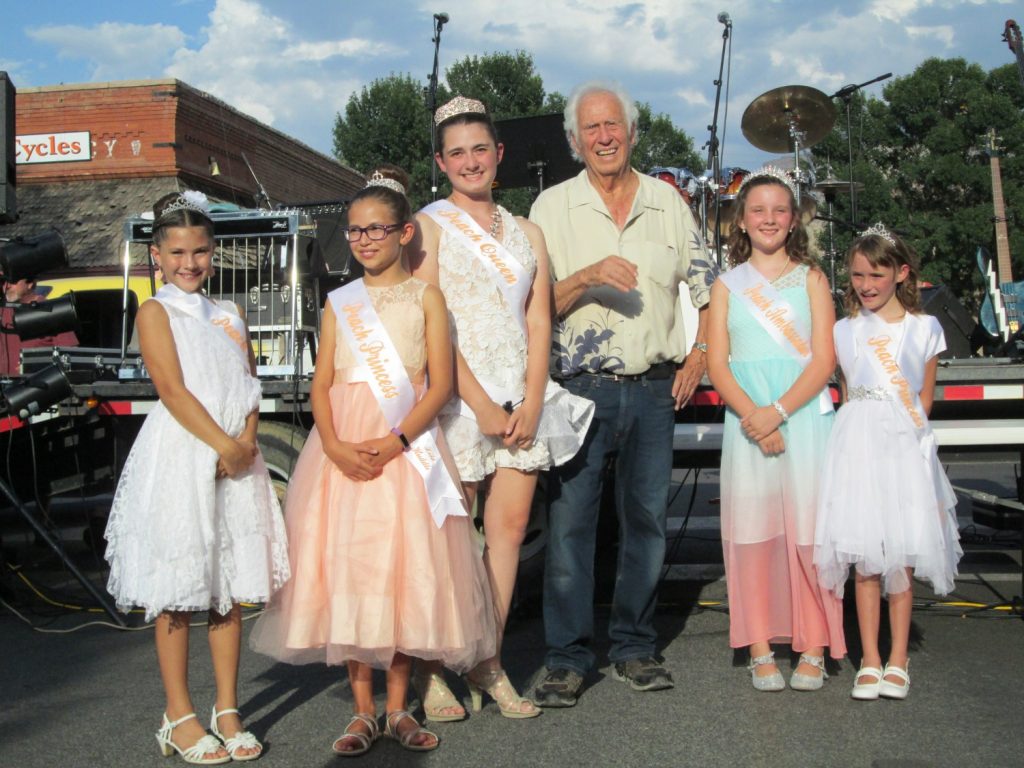 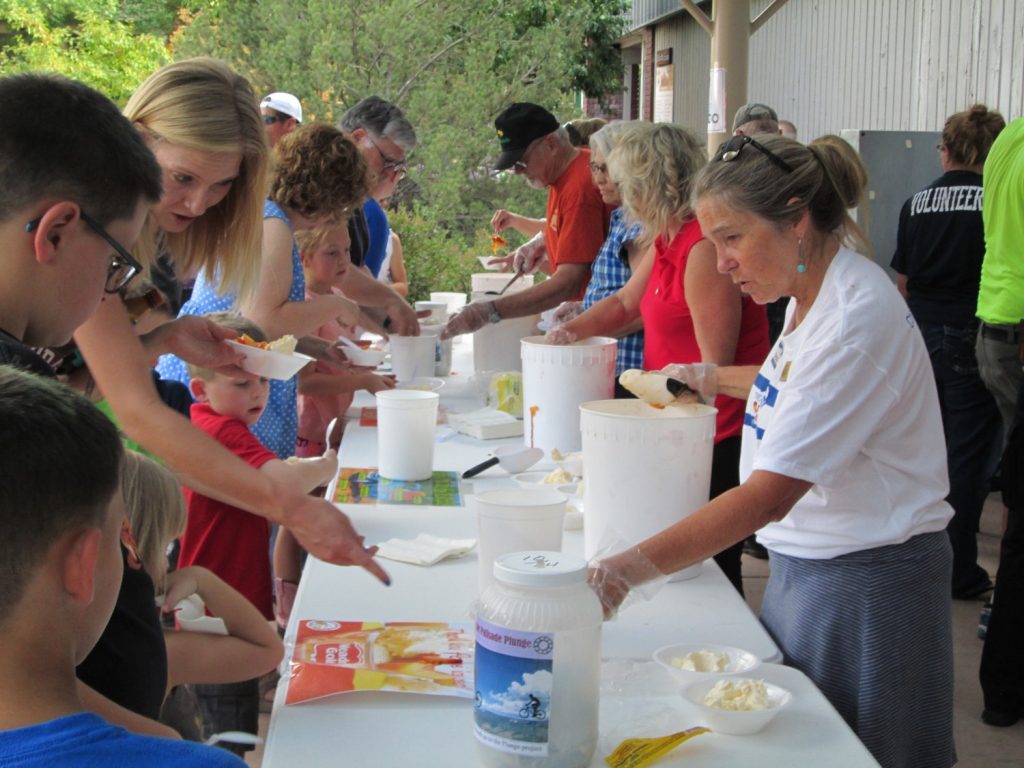 The peaches and ice cream were scooped and served to the long lines of visitors by members of the Palisade town staff and trustees, an annual tradition. 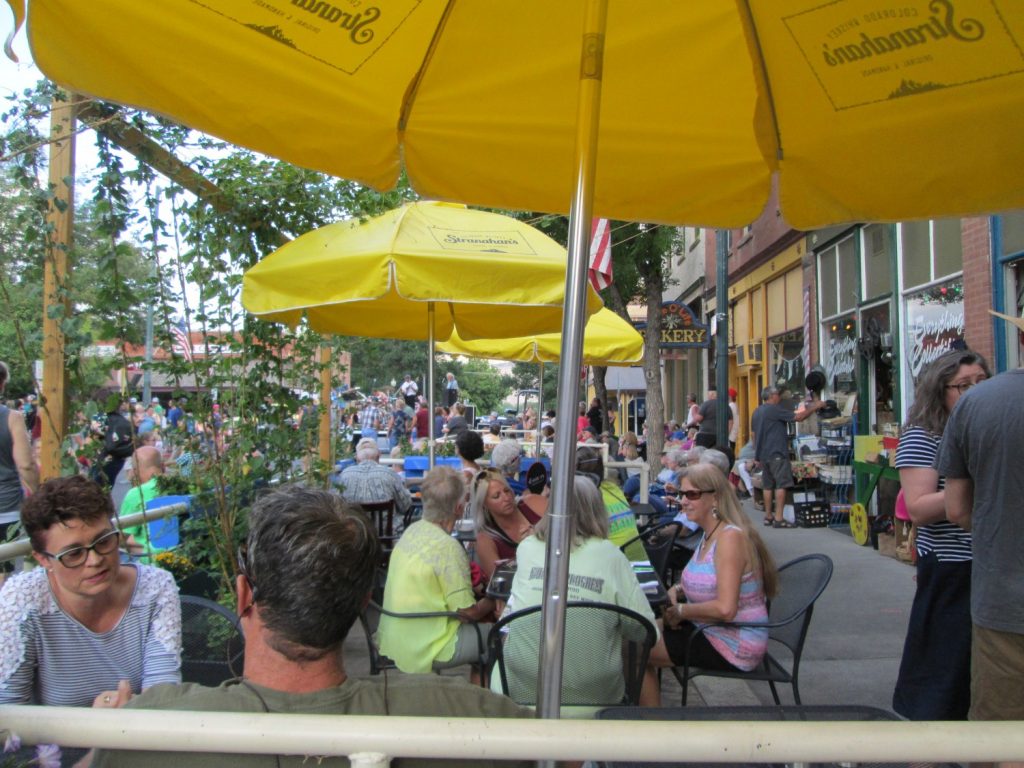 SATURDAY, AUGUST 18. PARADE AND BREAKFAST IN THE PARK.

The Palisade Bulldog High School Marching Band was a big part of the parade. 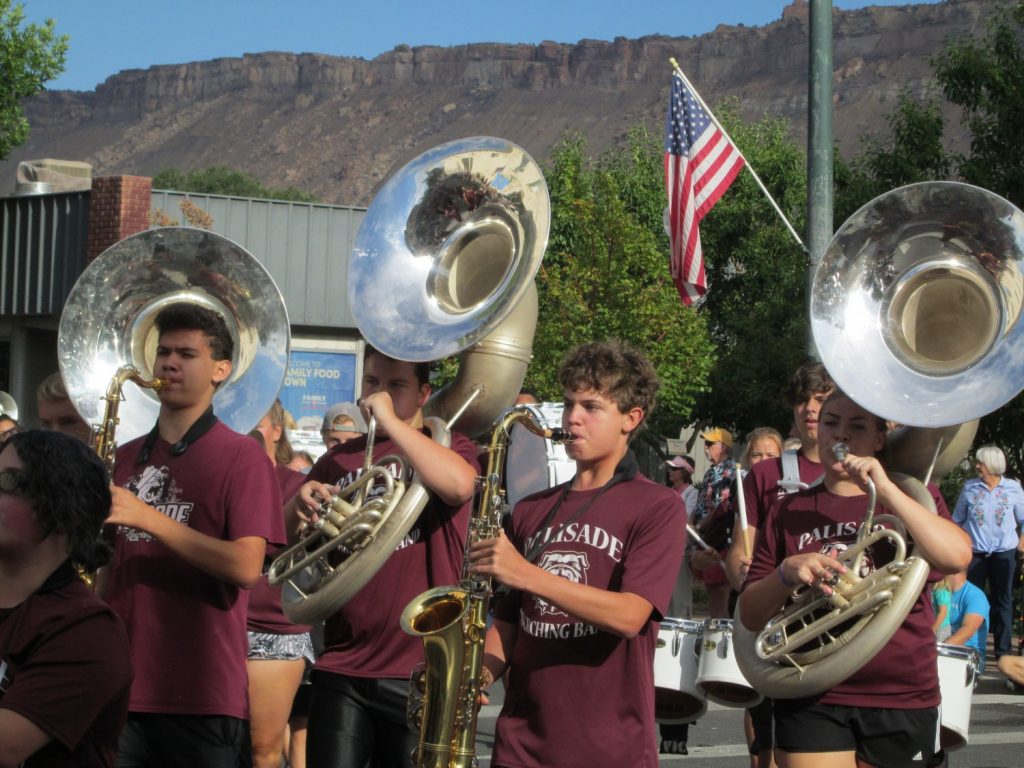 The Palisade Bulldog High School Marching Band is seen in the parade. 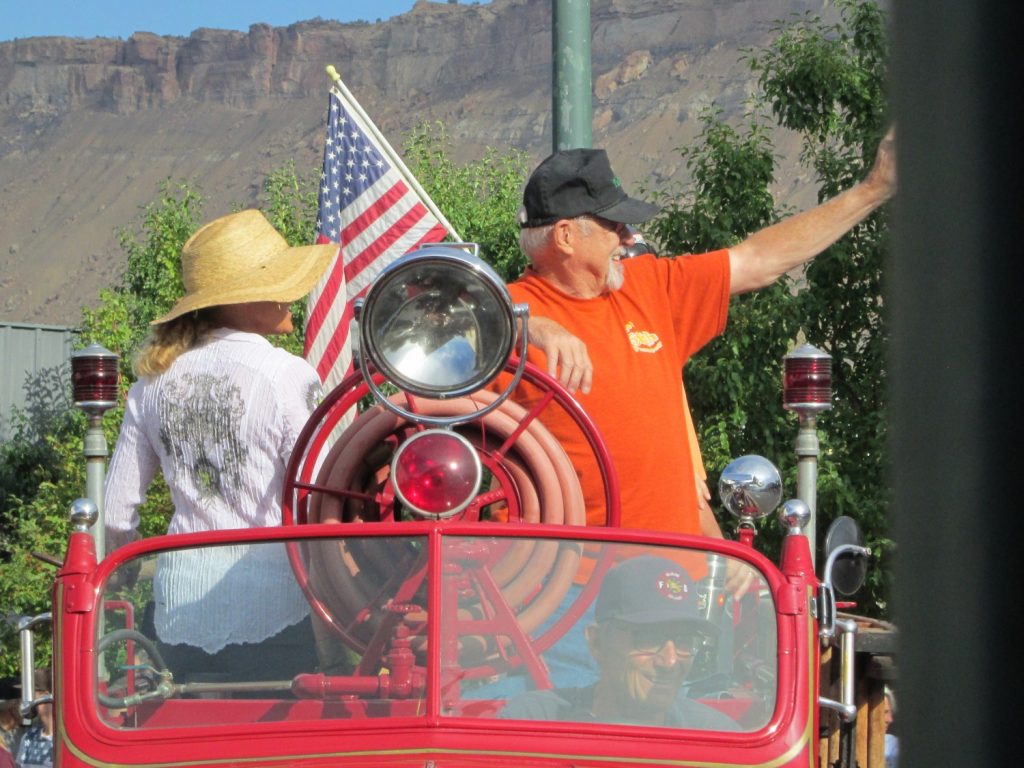 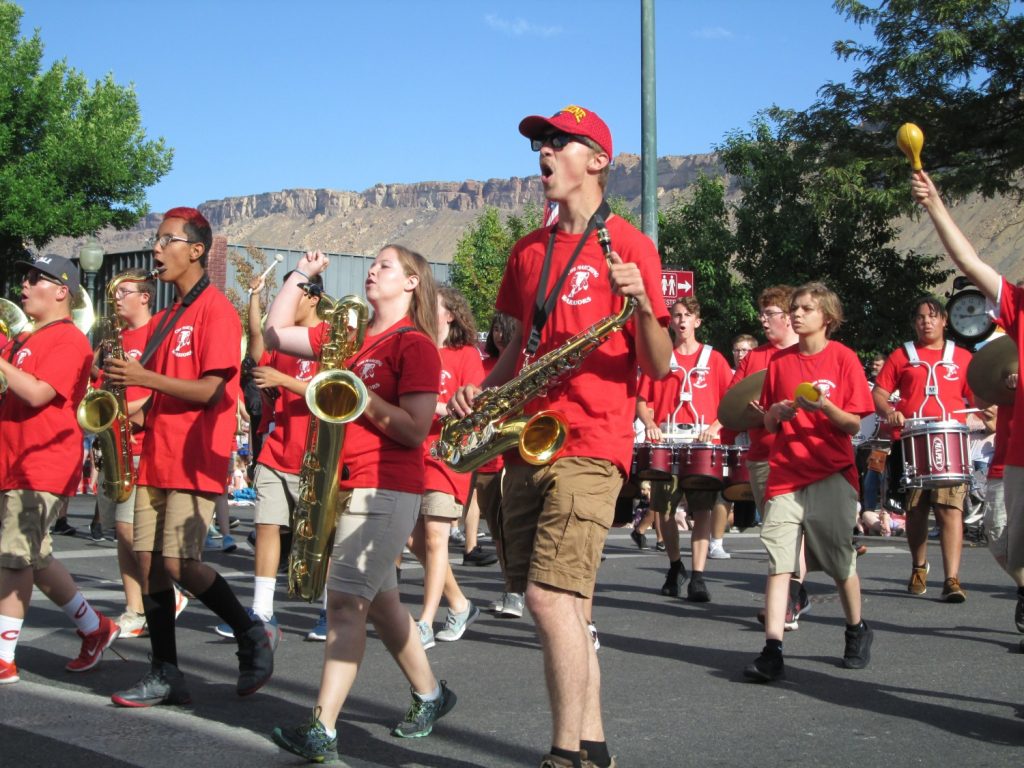 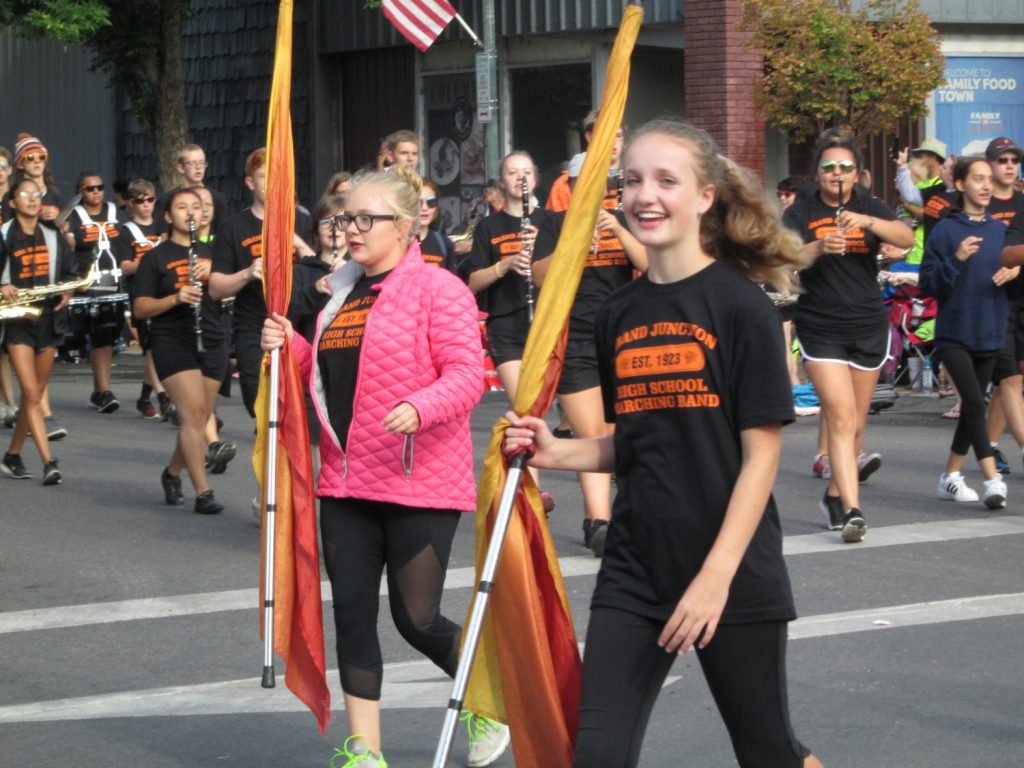 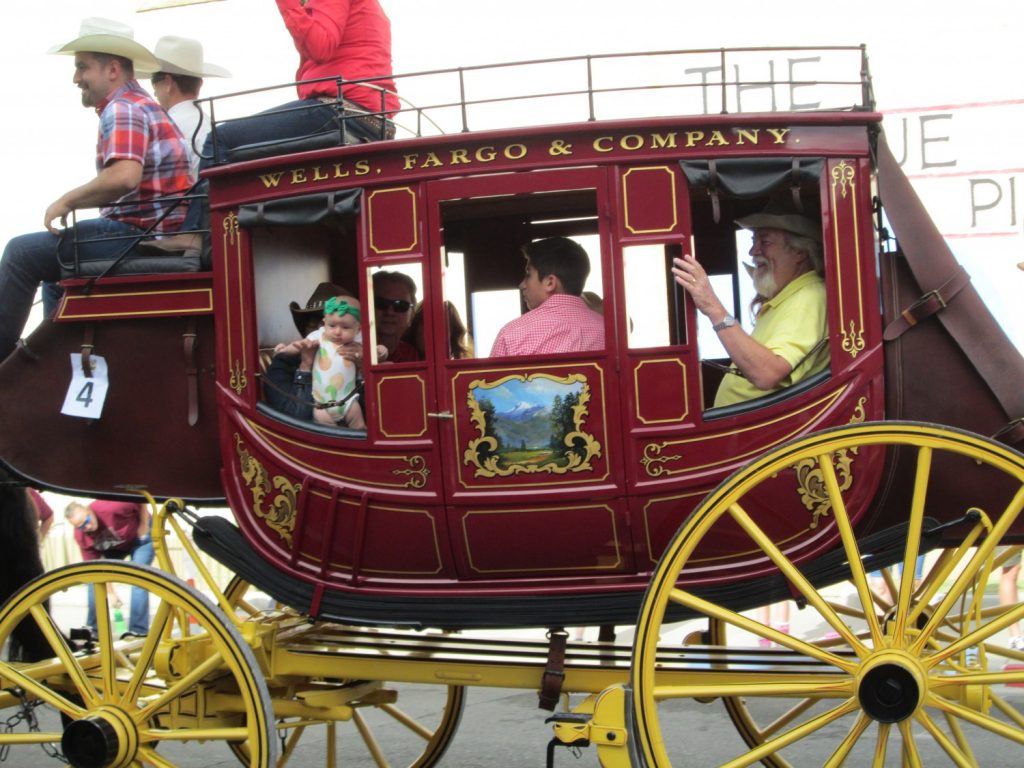 Antique cars in the Peach Festival Parade on Saturday stirred memories for some watching. 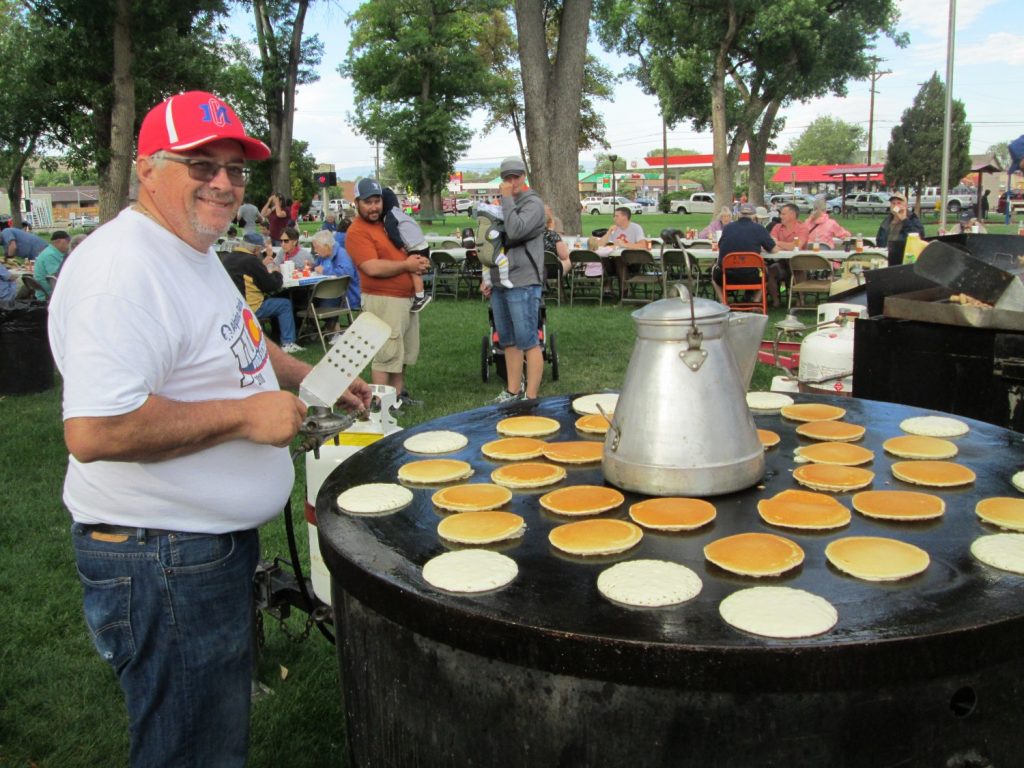 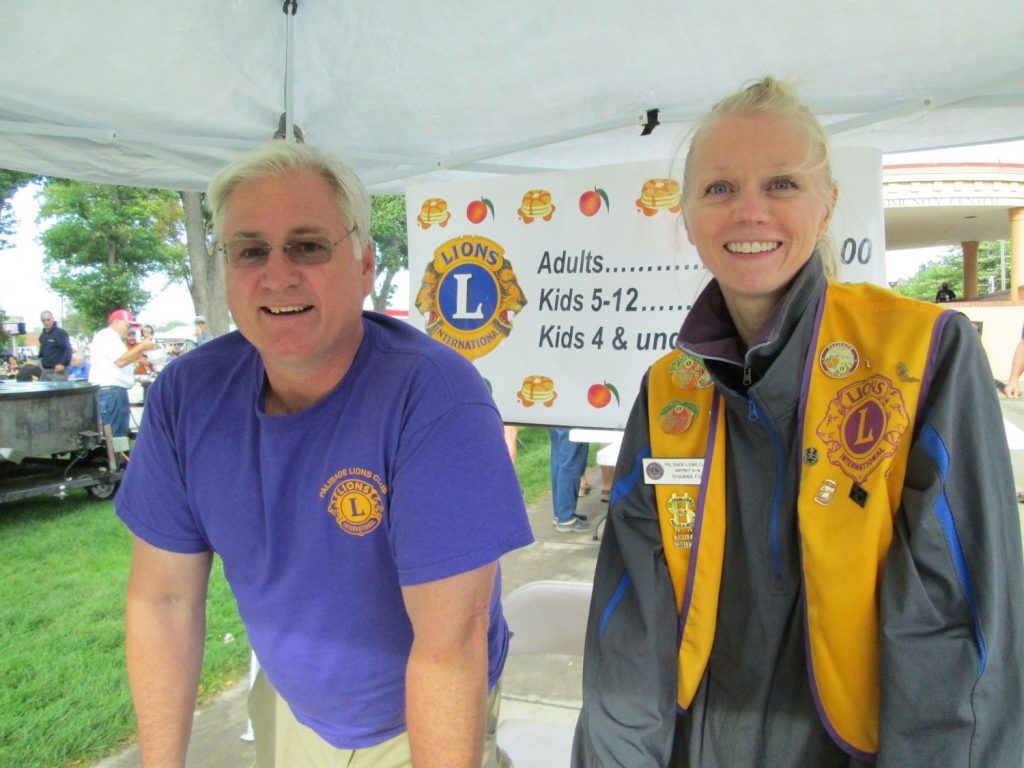 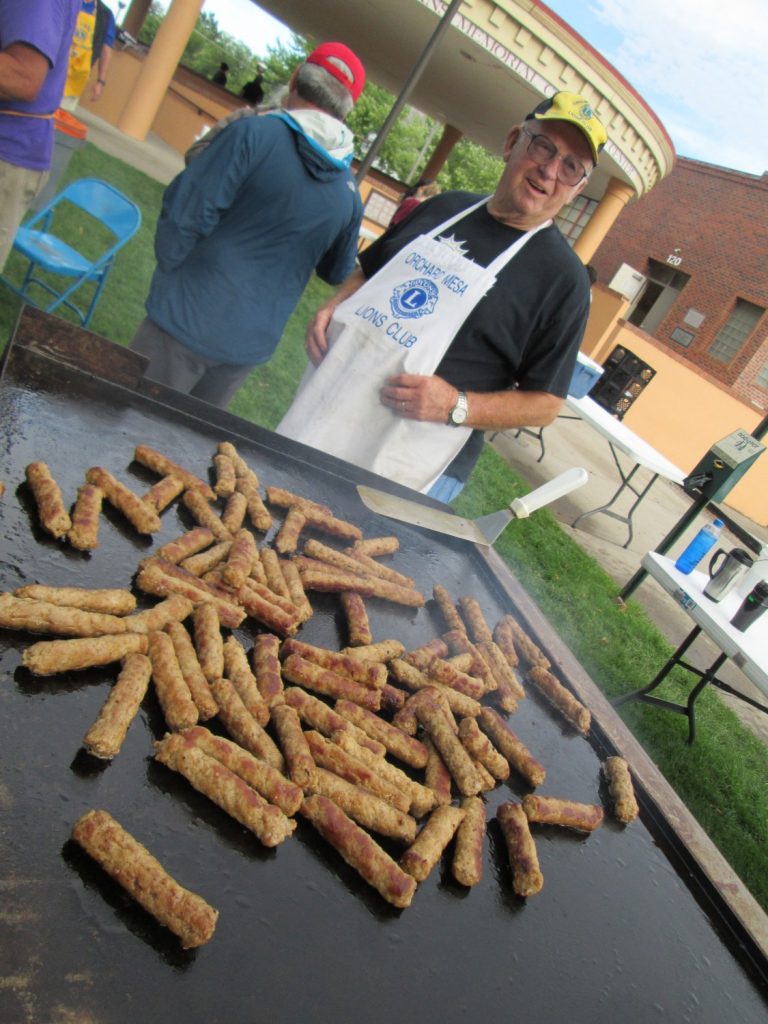