Final preparations for the 7th Annual Palisade Bluegrass and Roots Festival are wrapping up, and enthusiasm is running high all over town. Town Administrator Rich Sales opened Tuesday evening’s meeting, June 7, of the Palisade Board of Trustees with an invitation to all to come to Riverbend Park this weekend and experience one of Palisade’s most popular festivals.

Great weather is predicted, ticket sales are higher than ever before, premium camping has become so popular that it was sold out by the end of February(!) and this year, all beer, wine and spirits poured at the “Drinks Tent” will be Palisade products. The Palisade Brewery, The Peach Street Distillery, Talbott’s Hard Cider and a variety of local wineries will be providing their products. The Brewery is producing a special brew just for this year’s festival.

According to Town Clerk Lindsey Chitwood, over 1300 tickets have already been sold, many of which are multi-day passes. She’s expecting a record year.

This is also the first week of the summer Sunday Market in downtown Palisade. Vendors of local produce, alpaca products, honey and all kinds of gifts and crafts are represented at the weekly summer market. The Sunday Market runs from 10 a.m. – 2 p.m.

Treasurer Joe Vlach had good news for Trustees as well, reporting that “the annual audit has been completed and that the Town is in as strong a position as it has ever been in.” Vlach is still tying up a few final items and expects to present the completed audit report at the July 12 meeting.

Palisade resident Jen Sliney of ‘Palisade Velo’ thanked the Town for all their help and support with the previous Saturday’s 2nd Annual Palisade Gran Fondo cycling event. She reported on an increase in participation, with about 75 riders this year. Saying she was “thrilled” at the outcome of this year’s event, Sliney also reported getting great statewide publicity among the cycling circles. She also stressed that the event is not organized primarily to make money, although any proceeds could be used to make next year’s event even better.

Sliney also asked that the Tourism Advisory Board keep road biking on their radar in addition to mountain biking, pointing out that this end of the valley has the best road biking terrain in the county. 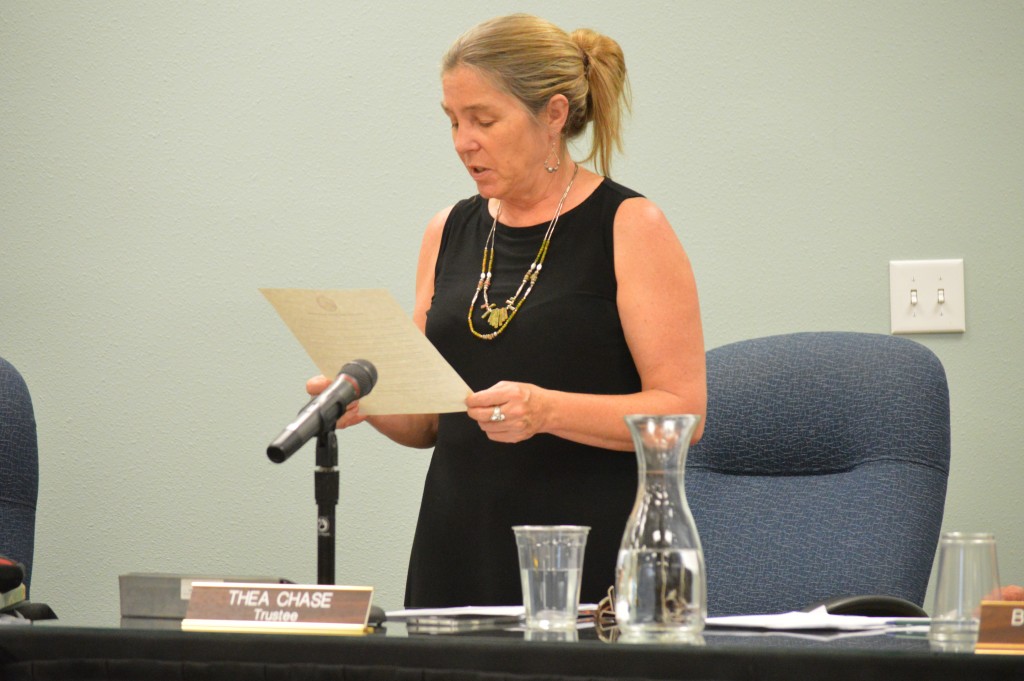 Trustees agreed unanimously to restripe the second tennis court at PeachBowl Park for use by the pickleball players. The cost will be borne by the players themselves, and they have also agreed to restripe the tennis lines on the same court to improve the visibility for the tennis players. Pickleball has really caught on, the group seems to increase in numbers every time they come to a meeting. With both courts striped for both sports, the pickleball players will now be able to hold tournaments.

Wanda Robinson spoke on behalf of the pickleball players, thanking the Trustees and promising to meet with Public Works Director Frank Watt this week to pay for the restriping. She also announced that they will be holding pickleball clinics in June and July for anyone interested in learning how to play.

Town Administrator Sales reported having conversation with Dan Bollinger, principal of Palisade High School, about the possibility of building new tennis courts on the High School property. As partners, the Town and District 51 could then apply for GOCO grant funds to help with the cost. No decisions were made, more discussion will follow.

Trustees also awarded the contract for chip-sealing Brentwood Drive this summer to Oldcastle SW Group, Inc., DBA United Companies for Chip Sealing for a cost of $48,148.05. The price will include traffic control during the construction process and street sweeping when the project is complete. Although the Town usually partners with Mesa County on summer chip-sealing, it wasn’t possible this year. The contractor has agreed to work around the Taylor Elementary School schedule. 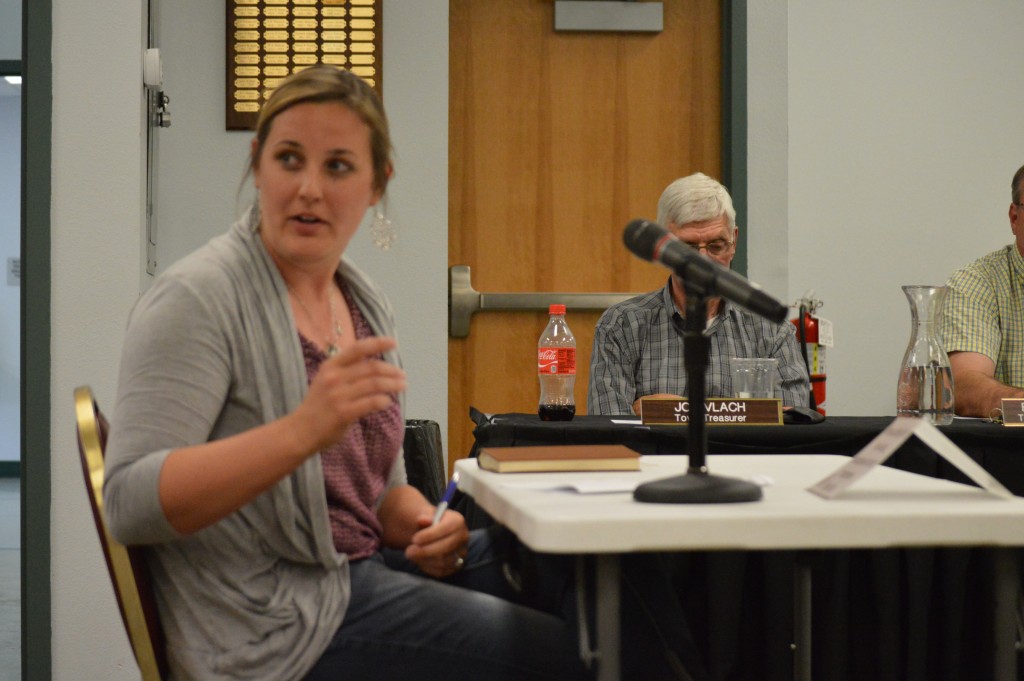 Jen Stoll of the Greater Grand Junction Sports Commission asks for ideas on how her organization can help bring more sporting events to Palisade.

Jennifer Stoll, Executive Director of the Greater Grand Junction Sports Commission requested a short exchange with the Trustees to inquire whether there were any specific ideas or special events that the Commission could help publicize in the Palisade area. Said Stoll “I really want to be a resource for the community.”

In addition to great road and mountain biking around Palisade, it was also pointed out that there is a competition level disc golf course in Riverbend Park. Jen Sliney of Palisade Velo suggested getting a leg of the Collegiate Nationals (The Maverick Classic) through Palisade again. The race used to come through Palisade but for some reason did not last year.

Cross-country skiing and snowshoeing were also suggested, and Stoll identified Powderhorn Mountain Resort as a very interested partner in year-round recreational opportunities. Stoll explained that one of the drawbacks to developing more cross-country skiing is that there is no place in Grand Junction to rent cross-country equipment.

All trustees except Mayor Pro-tem David Edwards were present for Tuesday evening’s meeting. The next regularly scheduled meeting of the Board of Trustees is set for Tuesday, June 28, at 6 p.m. in the public meeting room of the Civic Center at 341 W. 7th Street. Meetings are open to the public and an agenda is posted at Town Hall and on http://www.TownofPalisade.org.

There is also a Board Retreat scheduled for Tuesday, June 14. Topics planned for discussion at the retreat include the status of town-owned land, the future of the ‘I-70 Fruit’ parcel now that Kum N Go has backed out, the sport shooting complex, completion of the Riverfront Trail sections, the Palisade Plunge, sidewalk replacements, and changes to the Land Development Code are also possible discussion topics.