Approximately two dozen residents of Palisade and the surrounding area met at the Civic Center in Palisade on Tuesday evening, April 7, to listen to Fire Chief Richard Rupp explain workings of the the county-wide re-addressing task force.

Consisting of all the various fire and EMS squads in the county, and including the United States Postal Service, UPS and Fed-Ex package delivery service, the Grand Valley Comm Center, Xcel Energy, and various other agencies with a stake in the outcome, the task force has been working on getting rid of duplicate or confusing addresses. Assisting Chief Rupp in the process was Jackson Trappet, GIS guru for the city of Grand Junction.

Whether a street is called 1st Street, or G 4/10 Rd.; or Patterson, 8th Street or Highway 6; these are the issues that officials hope to identify and correct, making the process of finding someone in need much easier and faster.

Local resident Priscilla Walker noted that although her property actually includes two separate parcels, only one is officially addressed right now, and uses a different series of house numbers than the house directly across the road from her own. Rupp made notes of Walker’s particular issue, as well as those of a number of other local residents. 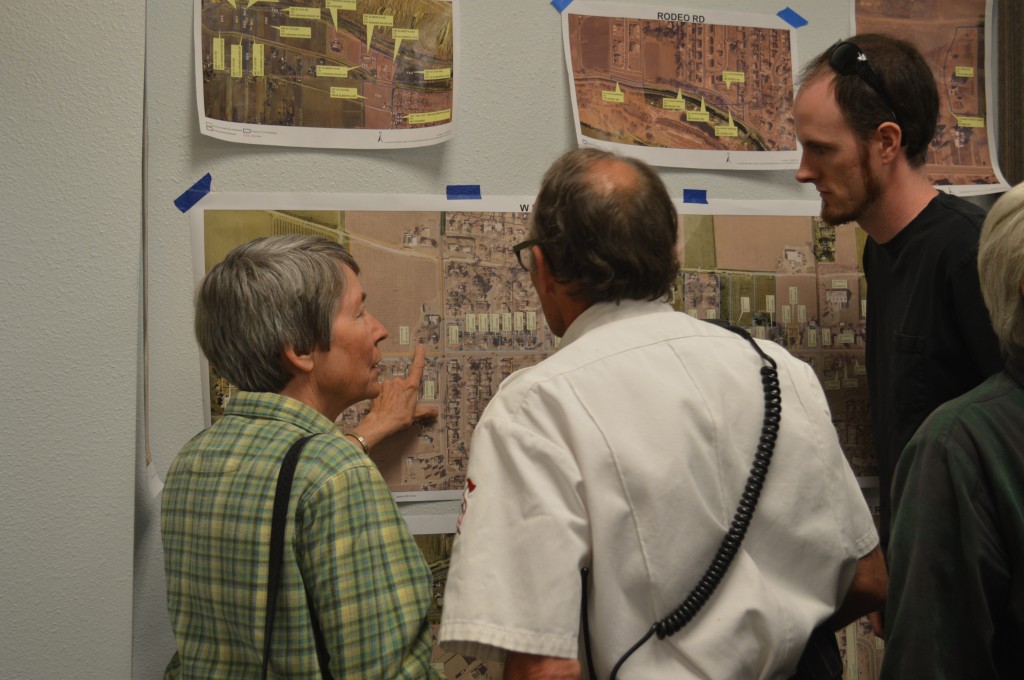 Priscilla Walker, left, informs Chief Rupp and Jackson Trappet, right, that there are still a couple of items to fix concerning her own address and property designations.

The task force is also hoping to name some roads that now use designations with either fractions, hyphens, or combinations of numbers and letters that confuse computer systems, such as G 4/10 Rd., for instance.

Large sets of maps were posted on the walls of the meeting room so that residents would easily be able to see some of the problem areas. Ideas for new street names were also requested by Rupp, since some streets will need to be renamed completely.

Citizens were asked to let Chief Rupp know of any individual issues that the task force might be unaware of, and he also stressed that the process was ongoing, having now reached the stage where citizen feedback is helpful. Thanking residents for their attendance and input, Rupp also promised to keep residents informed of progress as the task force proceeds.

Rupp also reminded residents again that while the fire department may be able to see the smoke and find the address of a house afire, a heart attack or health emergency gives off no such clues to emergency responders. 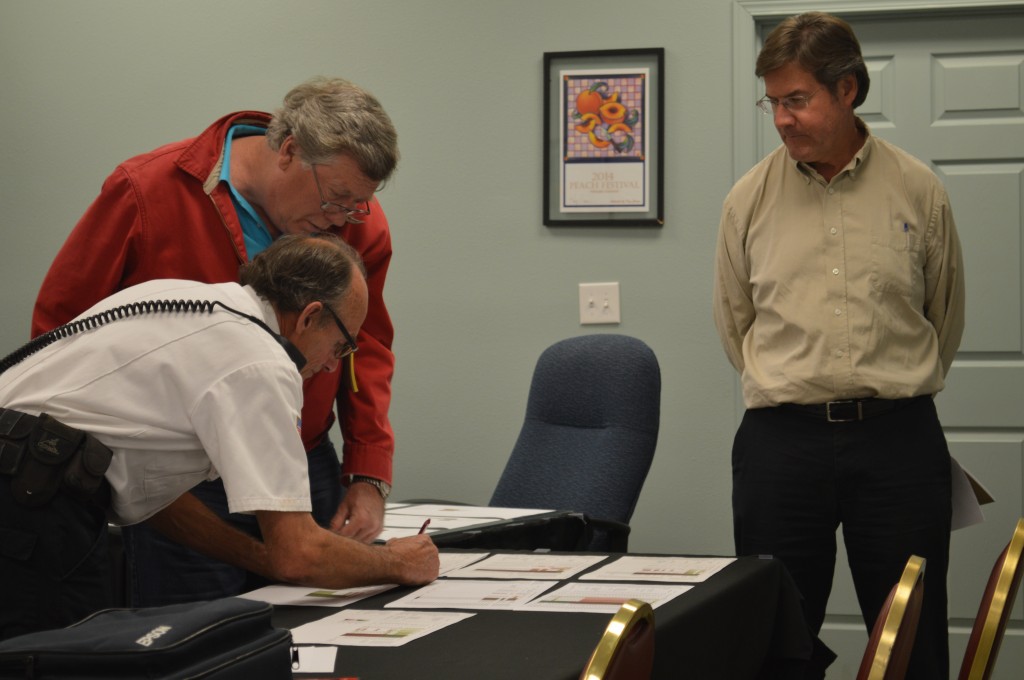