Gov. John Hickenlooper, tall and thin, walked into Palisade’s board room Sunday afternoon May 15 wearing cycling Spandex, a windblown look, and a thirst for water.

Hickenlooper was greeted by Mayor Roger Granat, Palisade trustees and Palisade Chamber, shook hands all around, and sat for a chat, while he, his group, and the trustees drank water from patented biodegradable and recyclable plastic bottles produced by a new Palisade company, Colorado Clean.

Last year, the governor also selected Ken Gart, an owner of Powderhorn Mountain Resort, as his unofficial bike czar. Gart has promoted the Grand Valley as a recreation destination and supports the governor’s plan to spend $100 million statewide on new bike and pedestrian trails.

At the Palisade meeting, the governor talked enthusiastically about the attraction and potential economic impacts of the future Palisade Plunge bike trail down Grand Mesa to Palisade and the planned sports shooting complex at Cameo, east of Palisade.

The governor’s biking itinerary included the Riverfront Trail, Las Colonias Park, as well as the Colorado National Monument Road and trails. He was also scheduled to meet with elected officials in Grand Junction and Fruita.

Palisade company Colorado Clean is one of the first three companies in Mesa County to participate in the new state Rural Jump-Start Program, according to news reports. The program offers tax incentives. 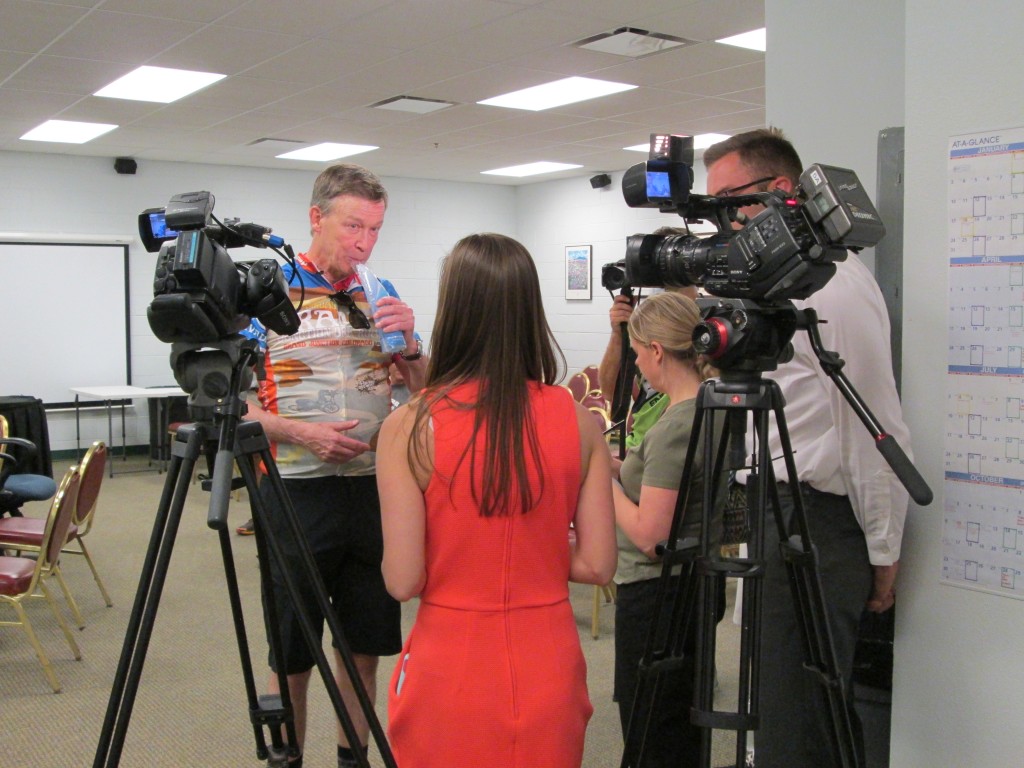 Gov. Hickenlooper is interviewed by the news media at the May 15 meeting while drinking water from a bottle manufactured by Palisade’s new Colorado Clear company. 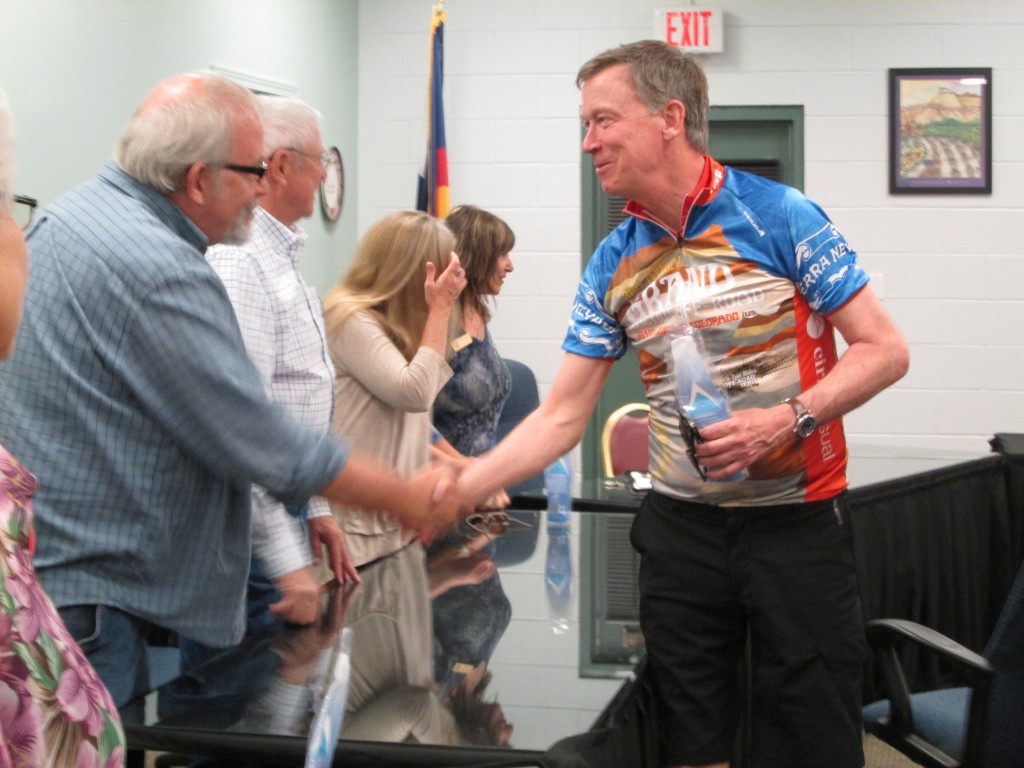 Gov. John Hickenlooper shakes hands with Palisade Mayor-Pro-Tem Dave Edwards at the meeting on Sunday, May 15, at the board meeting room. 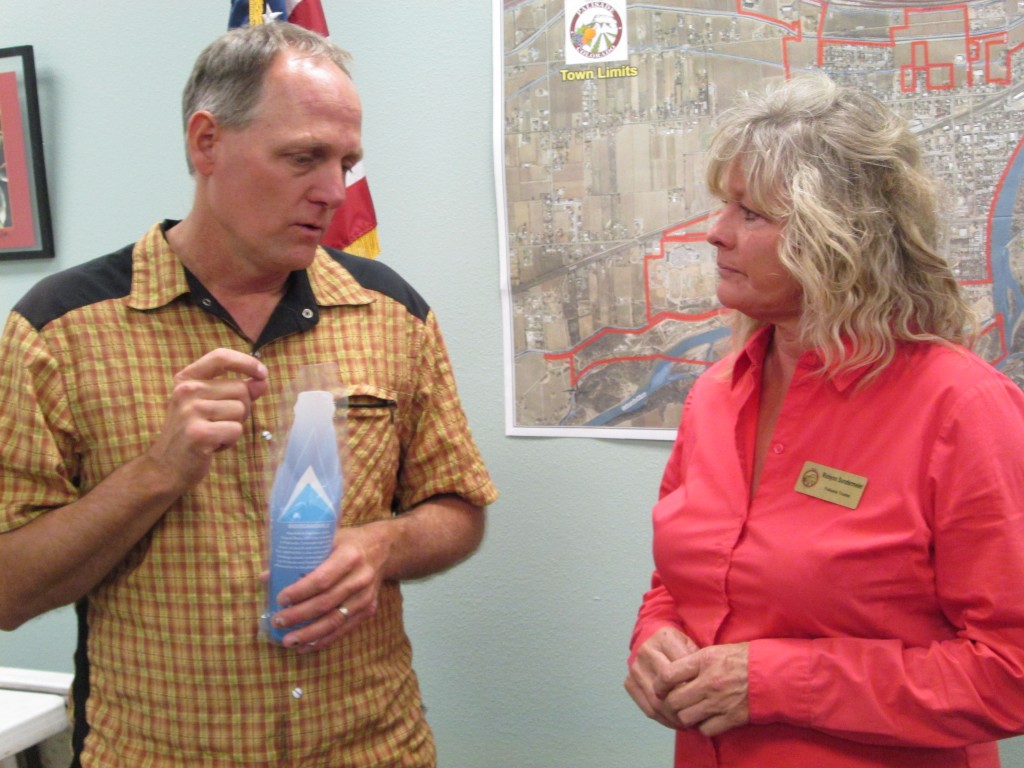 Palisade Trustee Robynn Sundermeiere and Scott Winans, COPMOBA president, Grand Valley Canyons Chapter, talk at the governor’s visit to the Palisade board room on May 15. 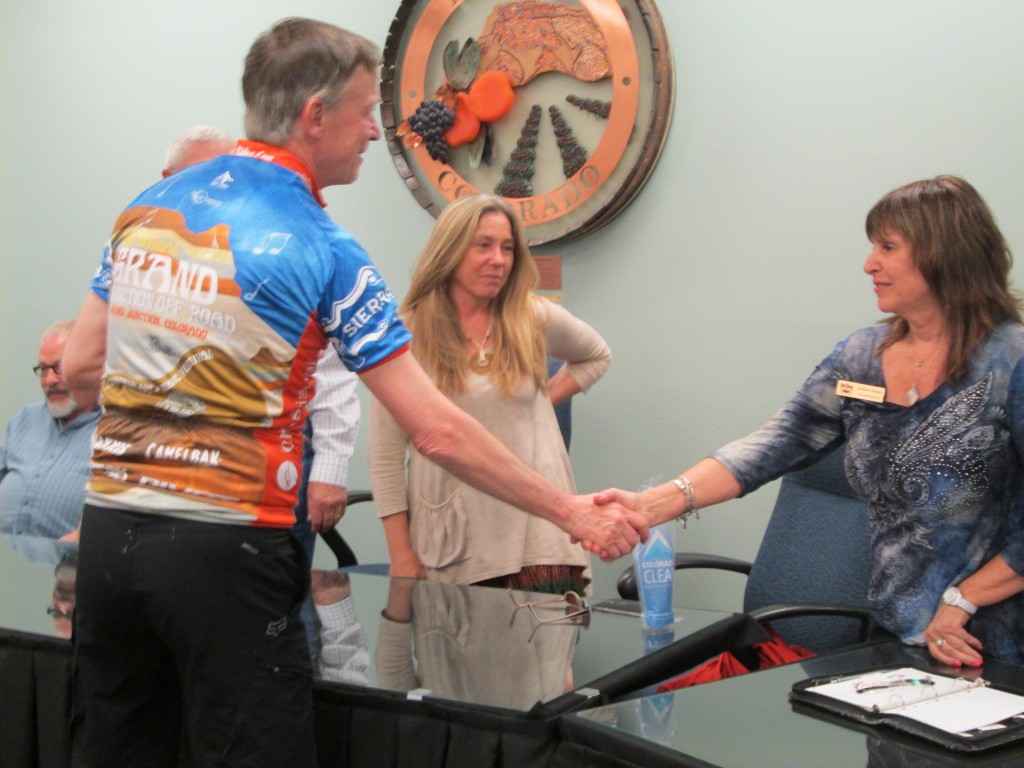 Gov. Hickenlooker and Juliann Adams, Palisade Chamber of Commerce Executive Director, shake hands at the May 15 meeting, as Trustee Thea Chase looks on. 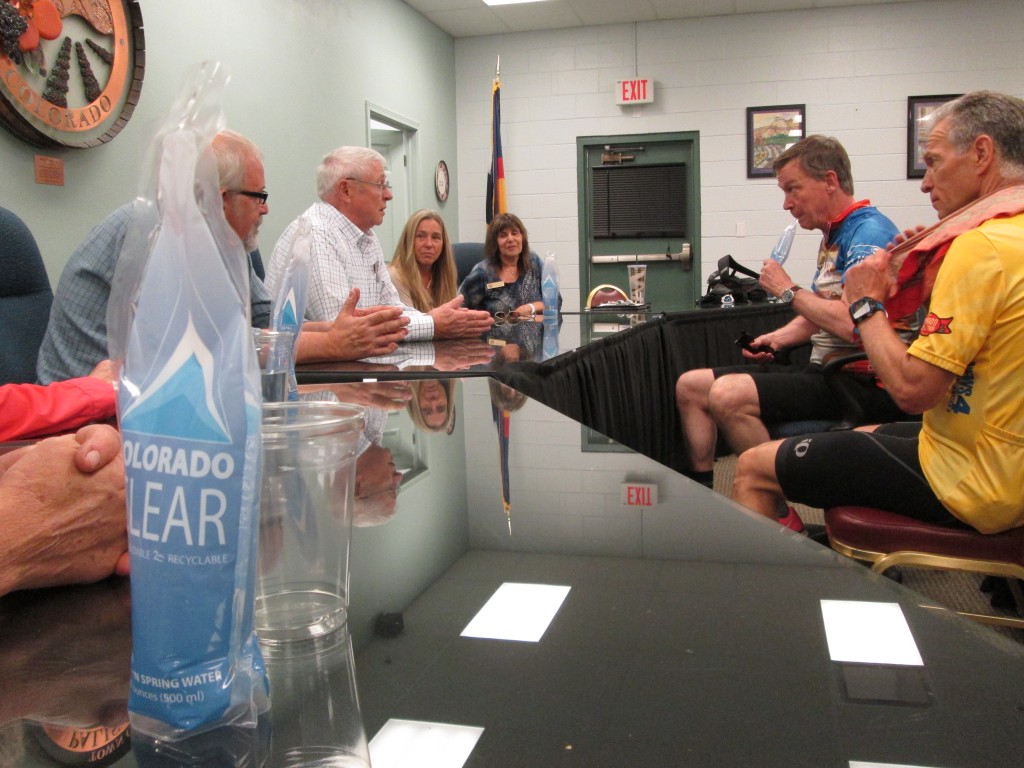 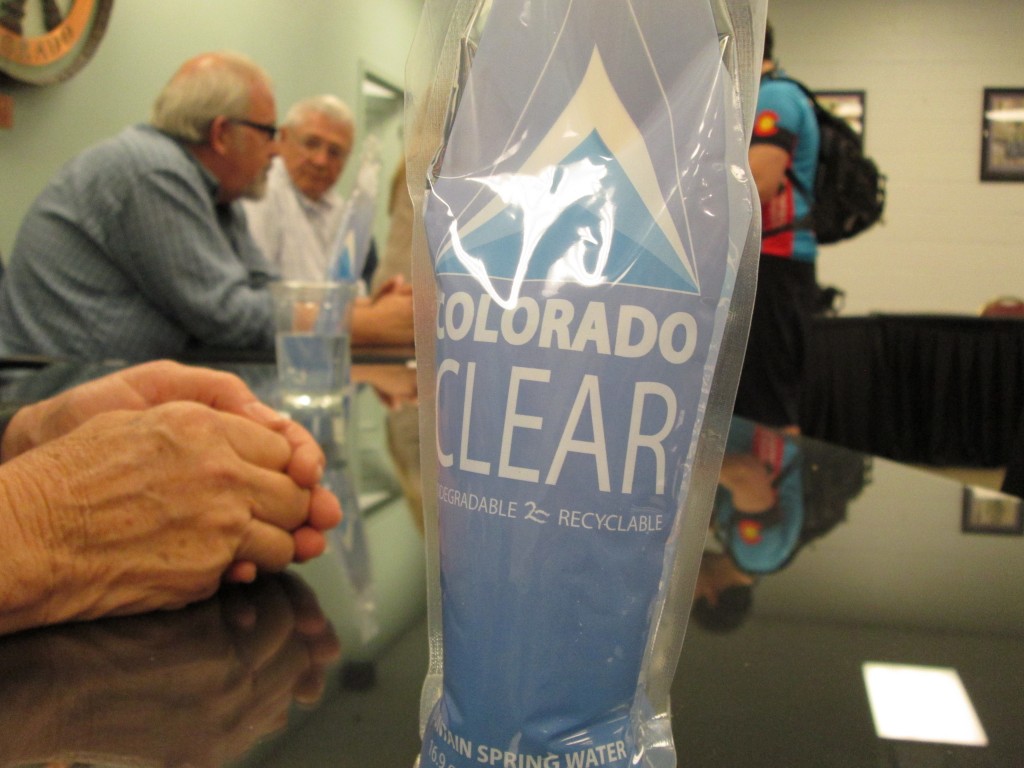 The biodegradable soft-sided Colorado Clear bottle is manufactured by Colorado Clean, a new Palisade business. It is one of the first three Mesa County companies to be selected for the state Jump-Start tax-incentives program. 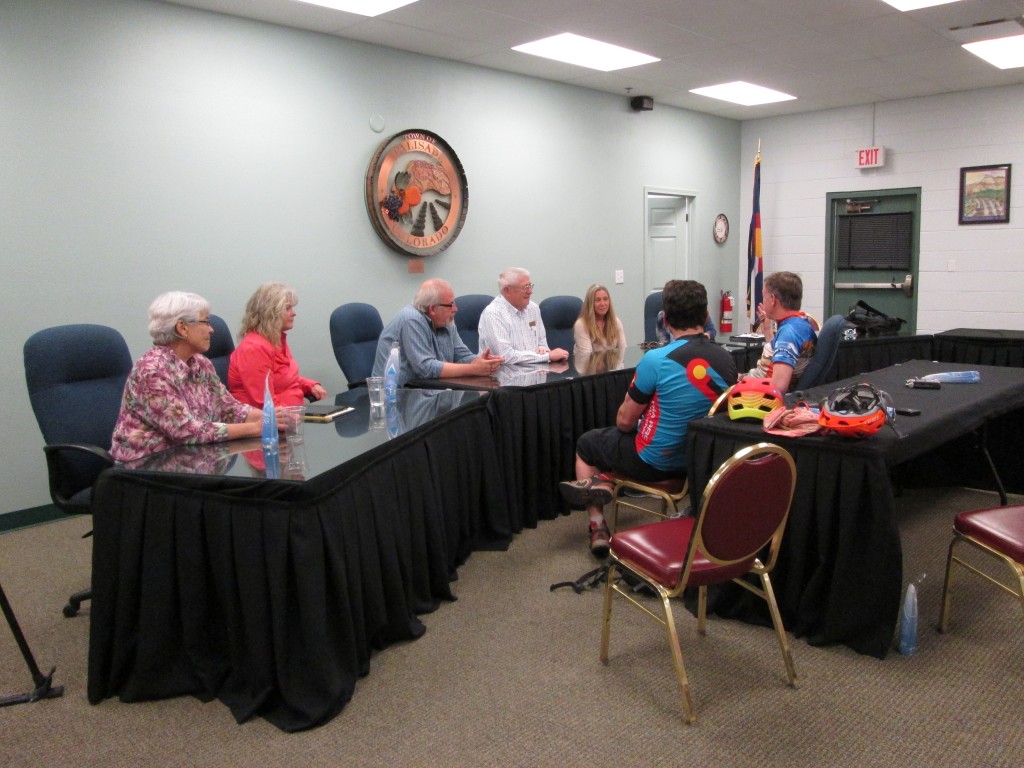