Folks riding and walking in the Peach Festival parade smiled and waved on a sunny Saturday morning in Palisade.  Kids of all ages watched along the route through downtown and waved and shouted “Hi!” as the floats passed by.  See photos below.

Peach was the color of the day in the 46th annual Palisade Peach Festival parade on Saturday morning, Aug. 16.  The festival, Aug. 14, 15, and 16, was organized by the Palisade Chamber of Commerce.

On Thursday night, Aug. 14, visitors were entertained by live entertainment and an ice cream social and street dance in the Town Plaza.  Across the street, the Palisade Historical Society presented a new video and mobile exhibit about next year’s 100th anniversary of the Roller Dam, on the Colorado River east of Palisade.

After the parade, everyone could enjoy the pancake breakfast sponsored by the Palisade Lions Club in Memorial Park.  The Peach Festival itself was in full swing at Riverbend Park until 9 p.m.

Babiak, a Denver area youngster who this spring enthusiastically, but unsuccessfully, lobbied the state Legislature for the peach to be named the state fruit.  He was invited by the Palisade Chamber of Commerce to serve as the honorary peach festival king.  He has promised to try again at the Legislature.

On a hot August Saturday afternoon, juicy peaches were a treat for everyone at the festival in Palisade’s Riverbend Park. 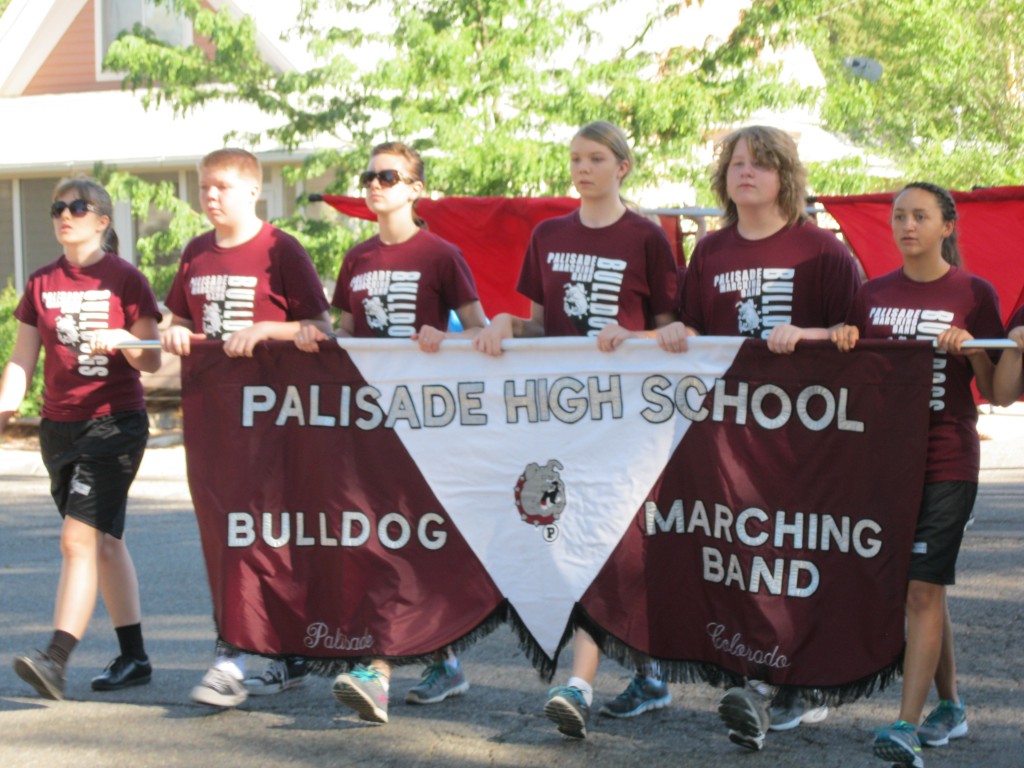 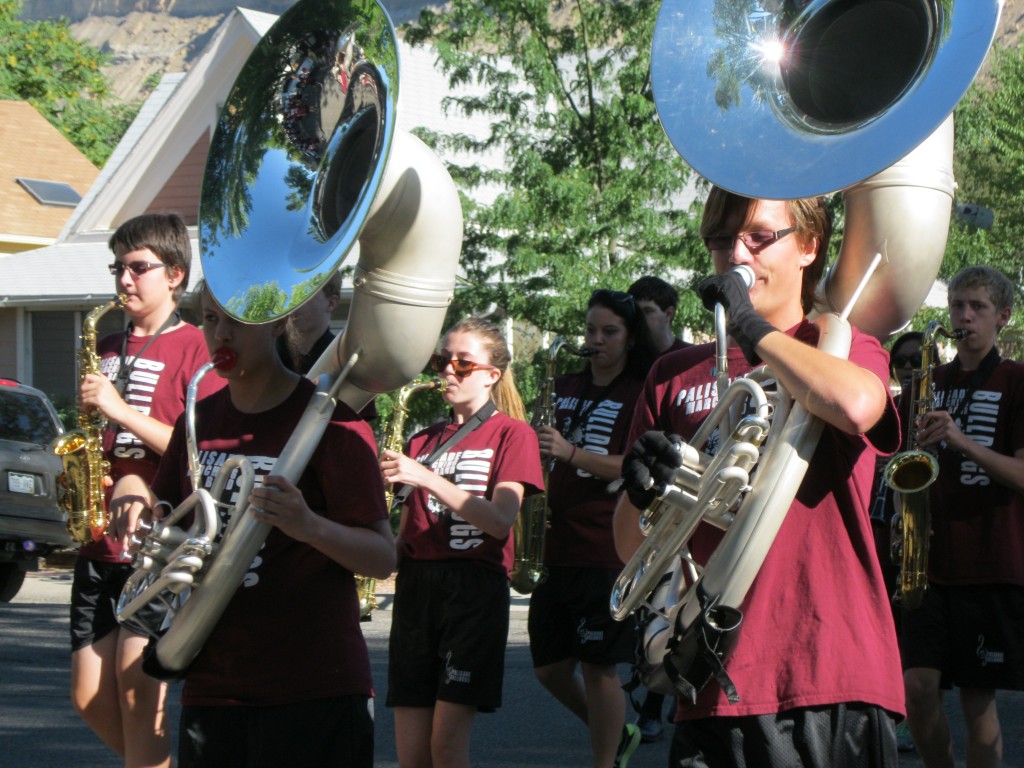 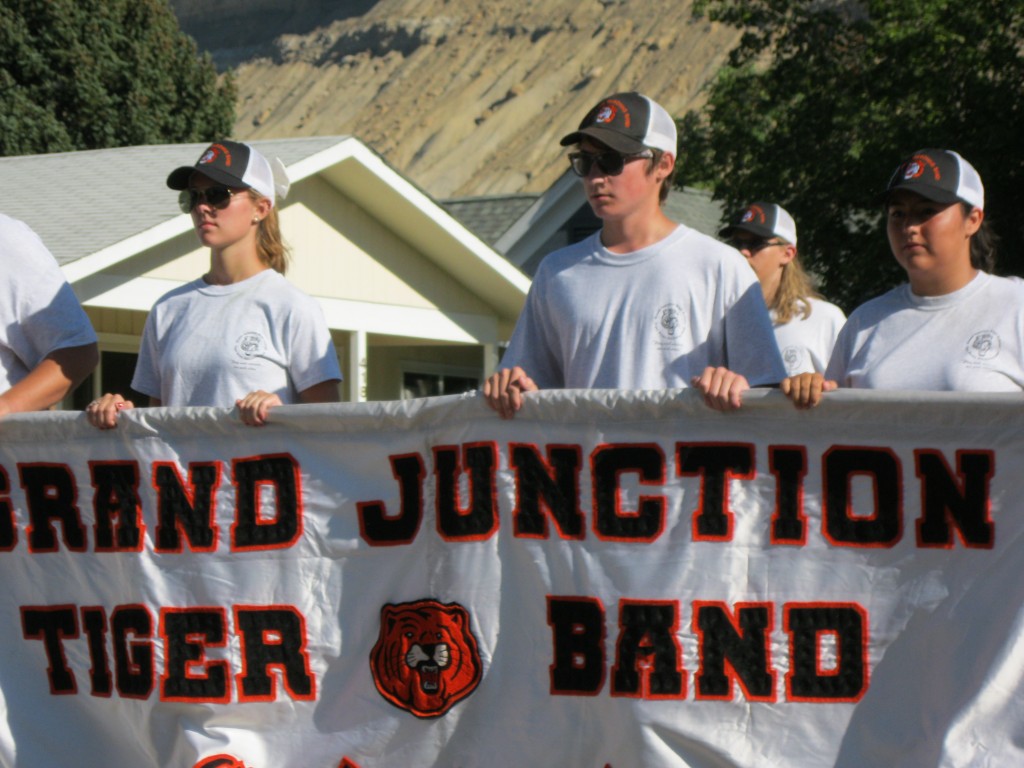 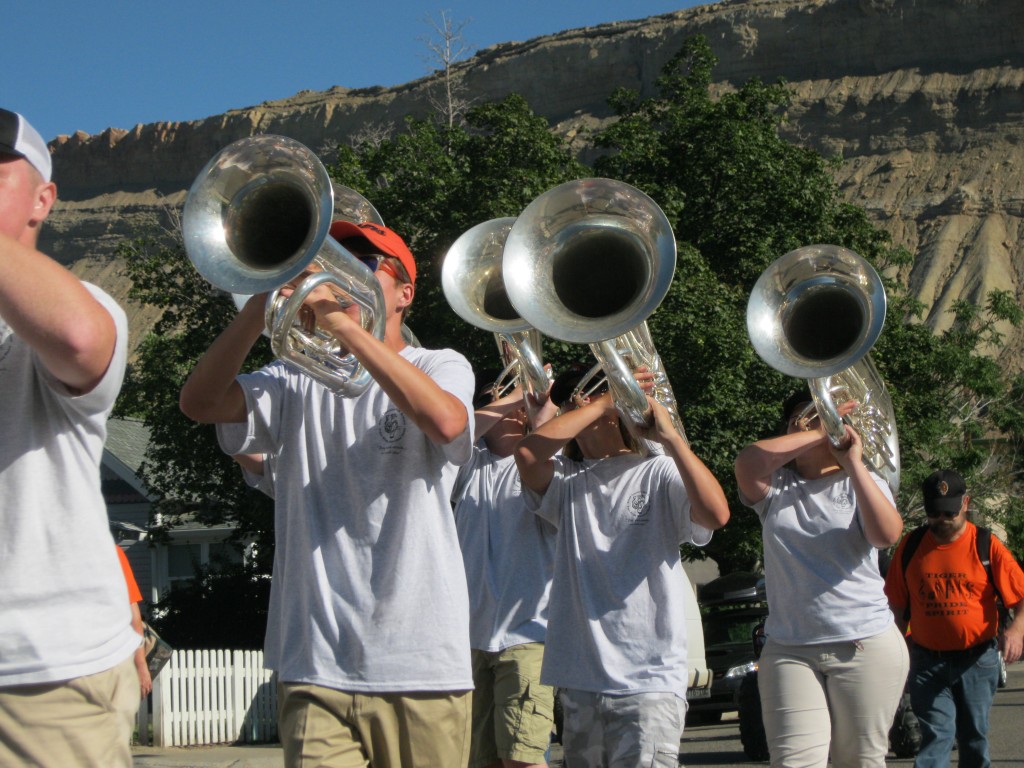 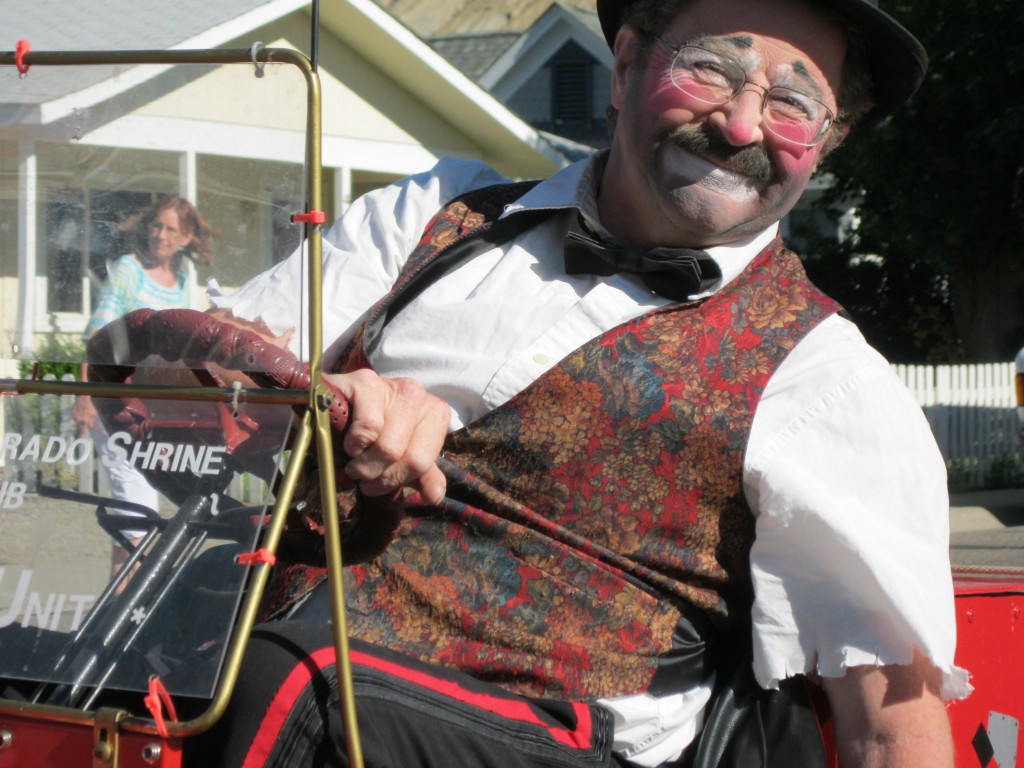 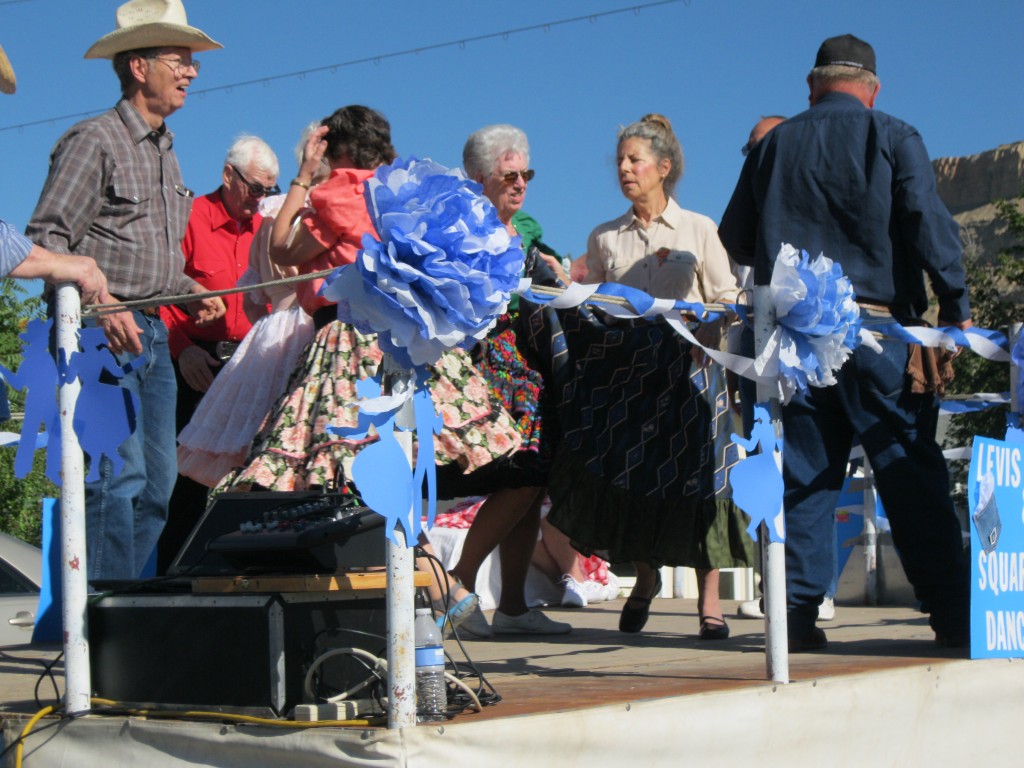 Stepping lively on a moving float, square dancers made it look almost easy! 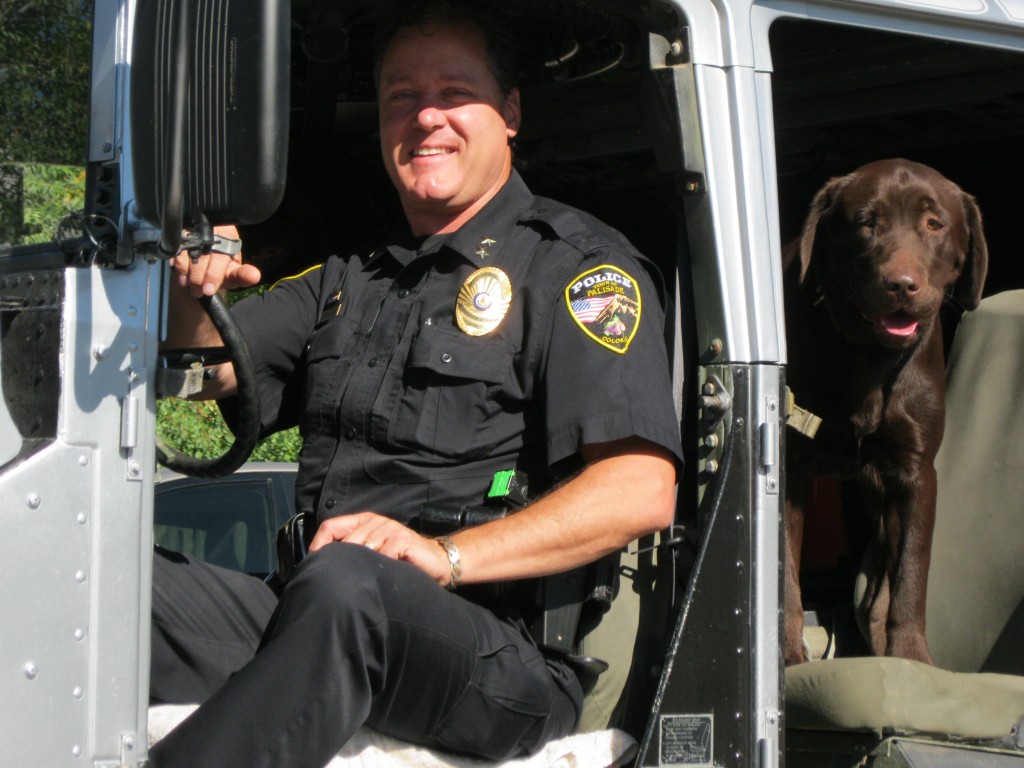 Palisade Police Chief Tony Erickson, and friend, drove one of the department’s Humvees in the parade. 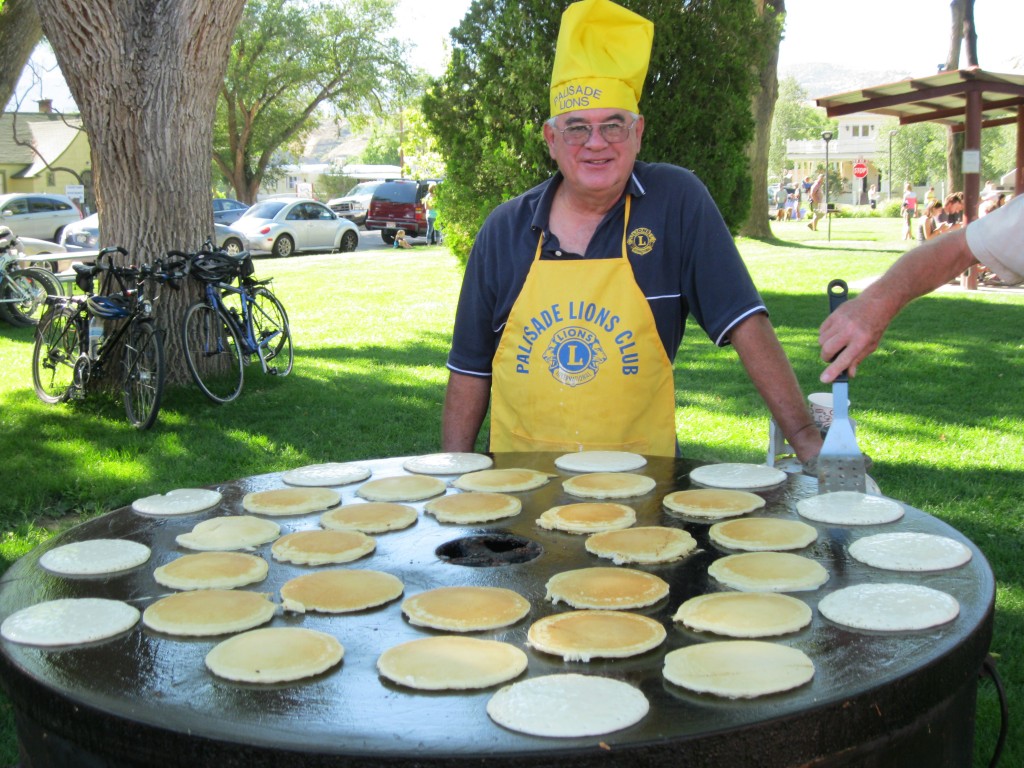 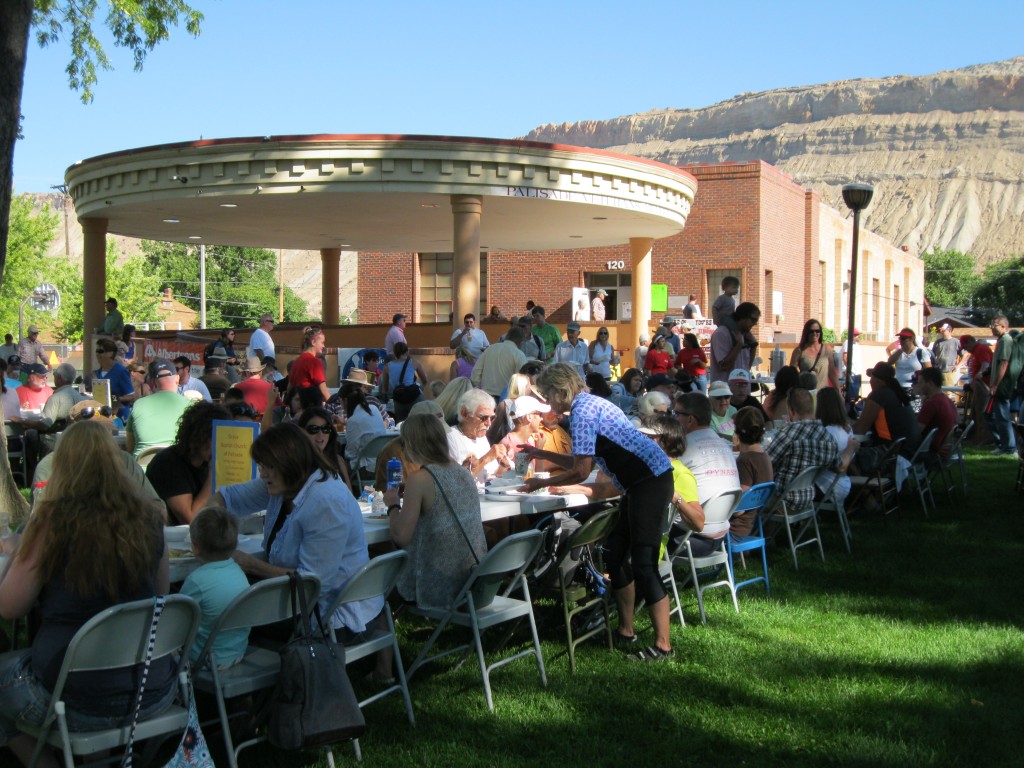 There was a big turnout for the Palisade Lions Club pancake breakfast at Memorial Park the morning of Aug. 16