If Peter Piper picked up a plate of pancakes on which to put Palisade peaches, where would he be plopping to paint a picture of peach perfection on his pancakes, drizzling pure peach puree and syrup from Alida’s? 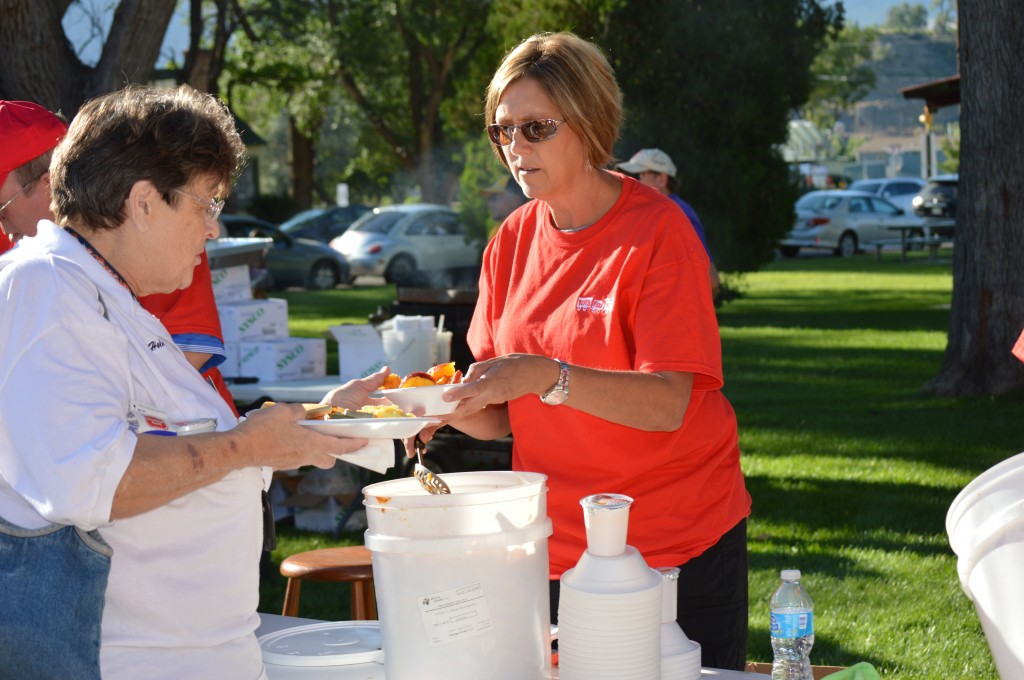 Lots of Palisade peaches are served up over the weekend, donated by area growers.

Well, he’d be plopping down in Memorial Park in Palisade, site of the annual PeachFest Pancake Breakfast by the Palisade Lions Club on Aug. 16.

Long tables with chairs are set under the big cottonwoods, while the giant spinning griddles and steam tables are delivered early Saturday morning each year. The Palisade Lions show up and take over, and breakfast is served! Not just pancakes, but eggs, bacon and sausage, coffee and juice and a big bowl of Palisade Peaches for every diner make a complete breakfast. 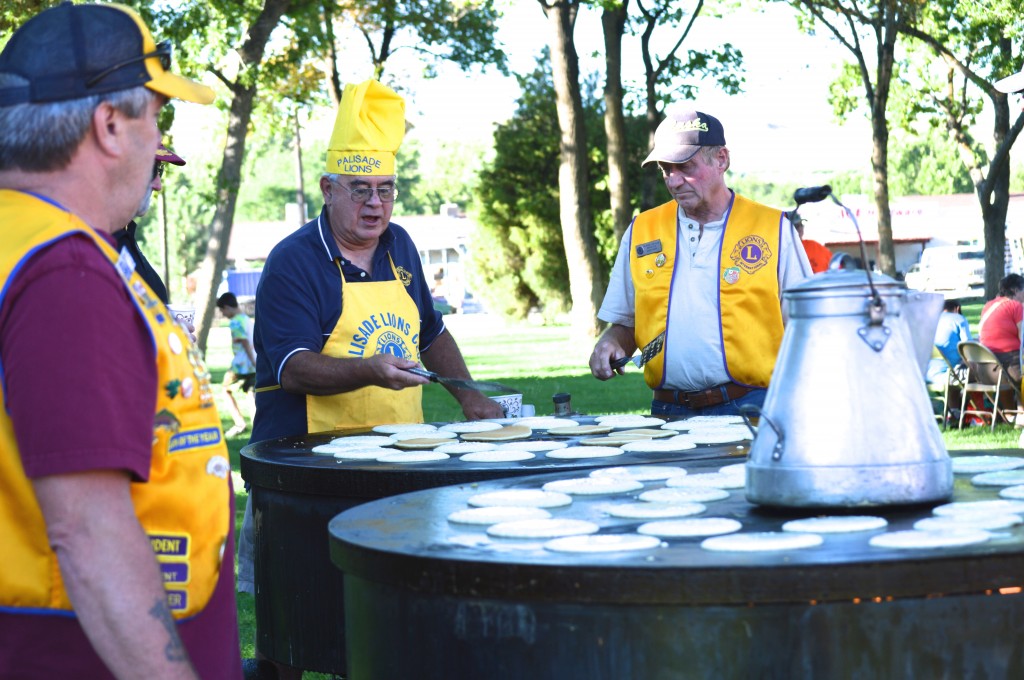 Palisade native Bennett Young flips pancakes on the giant spinning griddles, providing hundreds of hungry diners a platform for the stars of the show, the Palisade Peaches and Syrup that are served with the pancakes.

There’s plenty of socializing too, since the seating is family-style. Diners line up for blocks up Main Street, and many can watch the parade go by as they enjoy their peach-topped pancakes. The parade route encircles Memorial Park, ensuring a good view for anyone still finishing their coffee. 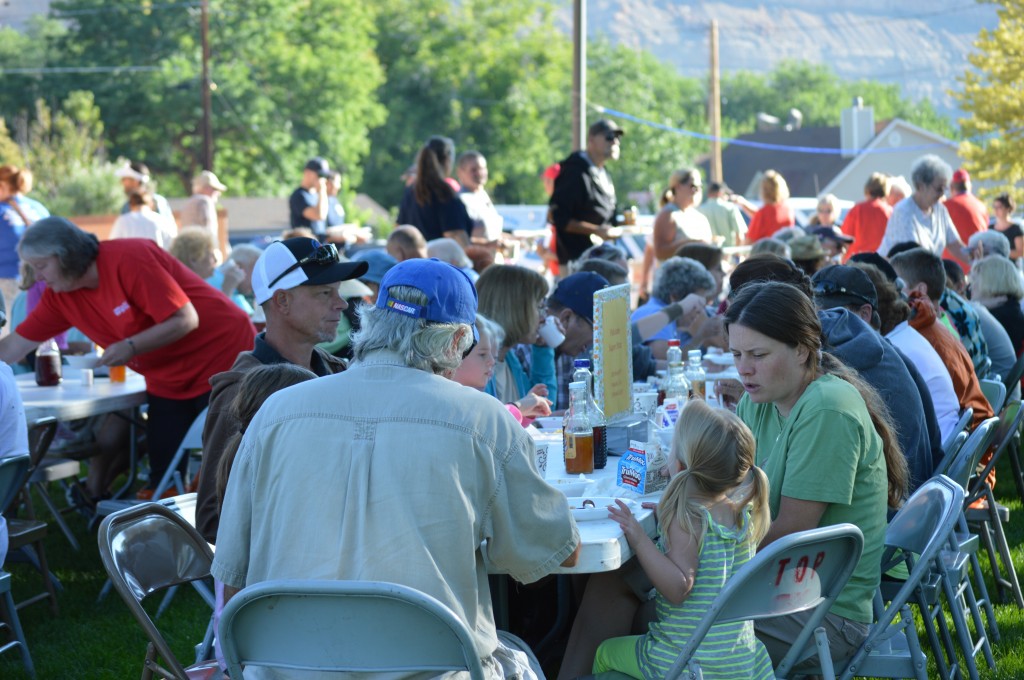 This year’s Grand Marshall, Nick Babiak, rode in the parade with Dennis Clark of Clark Orchards. We can’t thank Nick enough for all his efforts in the Colorado legislature this past spring, trying to have the Palisade Peach designated as the state fruit. His campaign was unsuccessful, but only so far. Nick says he isn’t finished, and we’re going to find out what we can do to help him out in the next session of the legislature. Don’t they know that cantaloupe isn’t even a fruit? 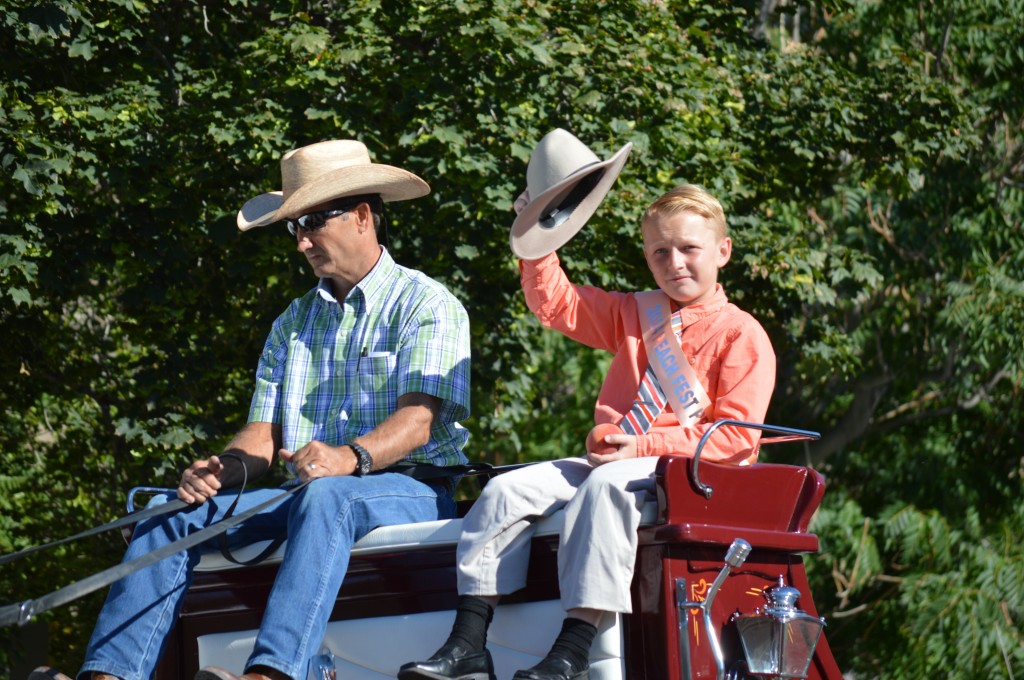 Palisade grower Dennis Clark had the honor of carrying the Grand Marshal of the parade, Nick Babiak of Denver. 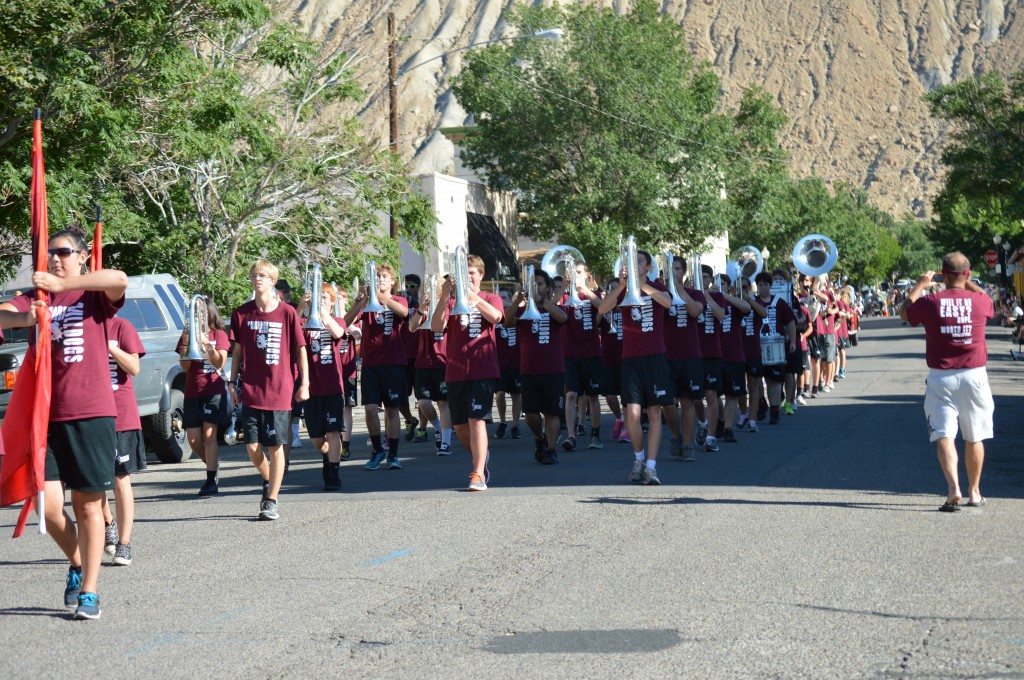 Immediately after the parade, the two high school bands met in Town Plaza in downtown Palisade for a ‘Drum Circle,’ a tribal sounding competition where each band’s percussion section tried to out-drum the other. The crowd of parents and parade watchers enjoyed a preview of this fall’s marching band performances before heading down to Riverbend Park for a day of Peach-Festing.

These folks get the prize for the most sure-footed, actually square dancing on a moving trailer.