As the Cameo sport shooting complex comes closer to reality, I took an opportunity to visit another shooting complex that may be used as a model for the new facility at Cameo. Just a few minutes north of Phoenix, Arizona, on I-17, is a large complex known as the Ben Avery Shooting Facility. 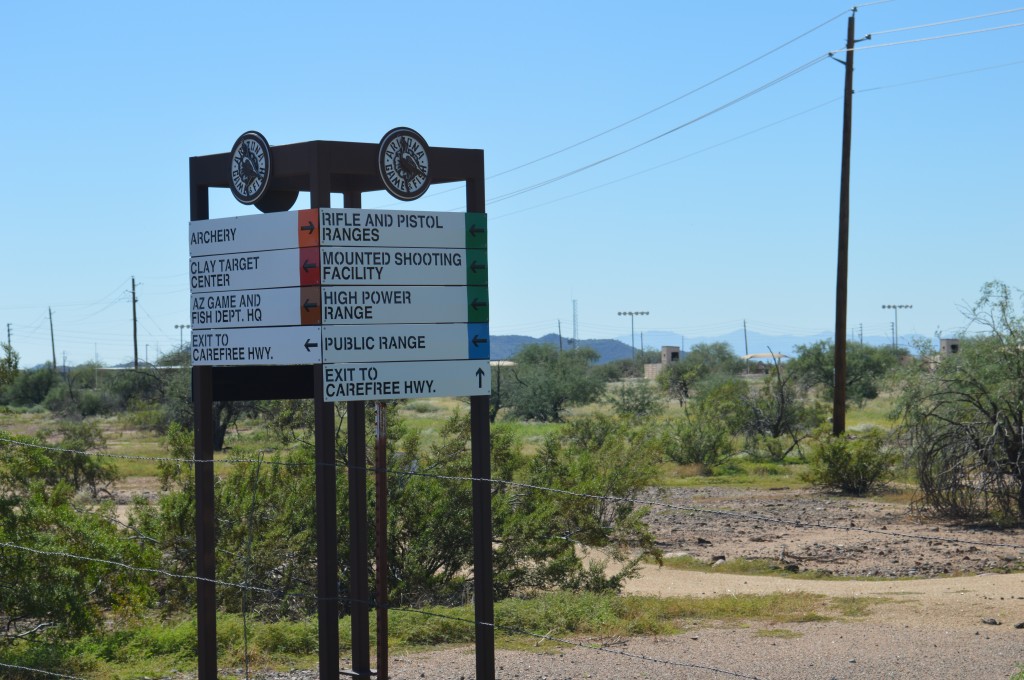 The 1,650 acre facility houses a number of different ranges as well as nearly 100 campsites.

Only blocks west of the interstate, the complex is almost invisible, it blends into the surrounding landscape so well. Low hills covered with saguaro and other desert plants were the backdrop for the main shooting ranges.  Located on 1,650 acres of desert, there are specialty ranges for everything from archery to clay targets to a high-power range. There are standard rifle and pistol ranges, some built to look like old western towns, some just standard shooting bays with paper targets against the hillside. 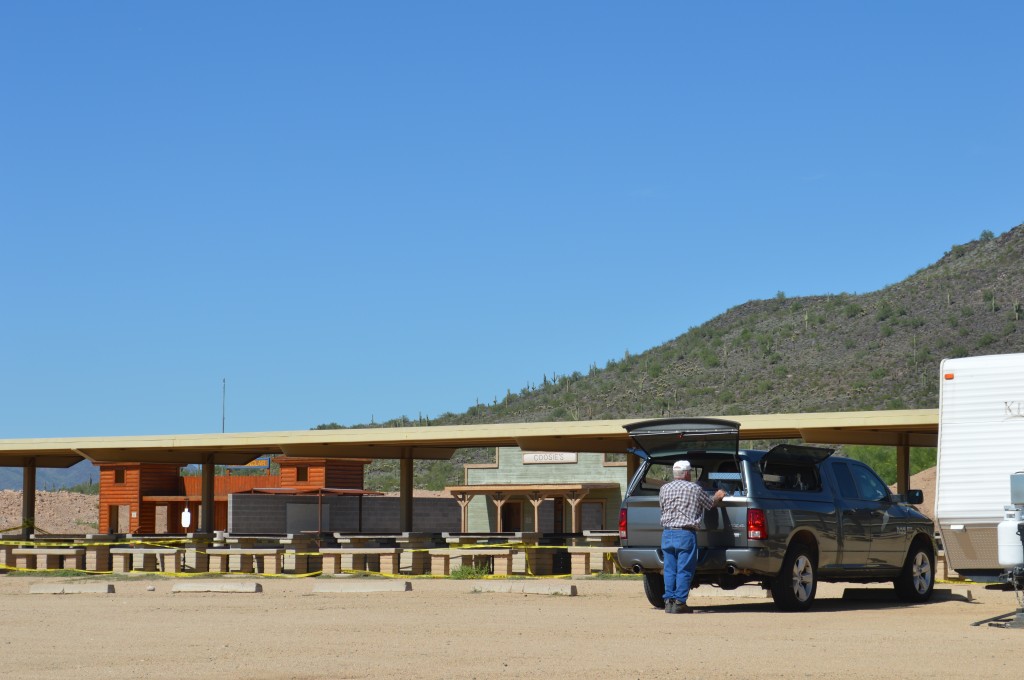 A shooter unloads his guns at one of the ranges near the main facility, a replica of an old western town.

The facility serves about 120,000 visitors each year, with the majority coming between September and March, during the various hunting seasons. Off-season attendance is boosted by hosting different competitions as well as a number of specialized classes and general Hunter Education. 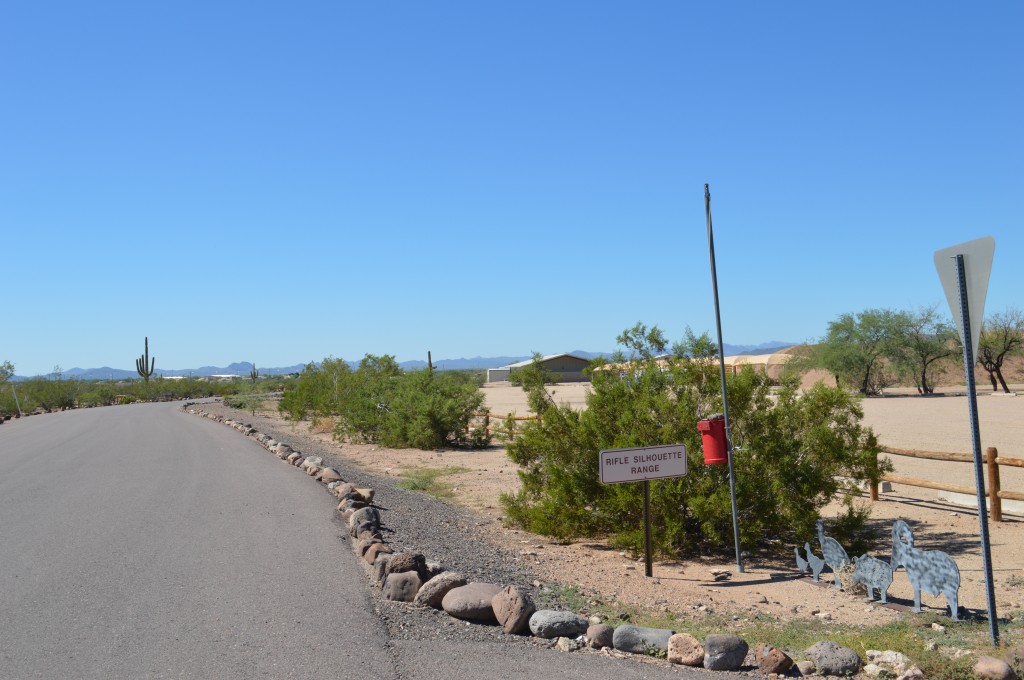 A number of wildlife silhouettes are available as targets on specified ranges for more lifelike practice.

Camping is also available, with nearly 100 sites and varying amenities. Some sites are available for horse camping as well, and there are ranges for practicing Cowboy Mounted Shooting. 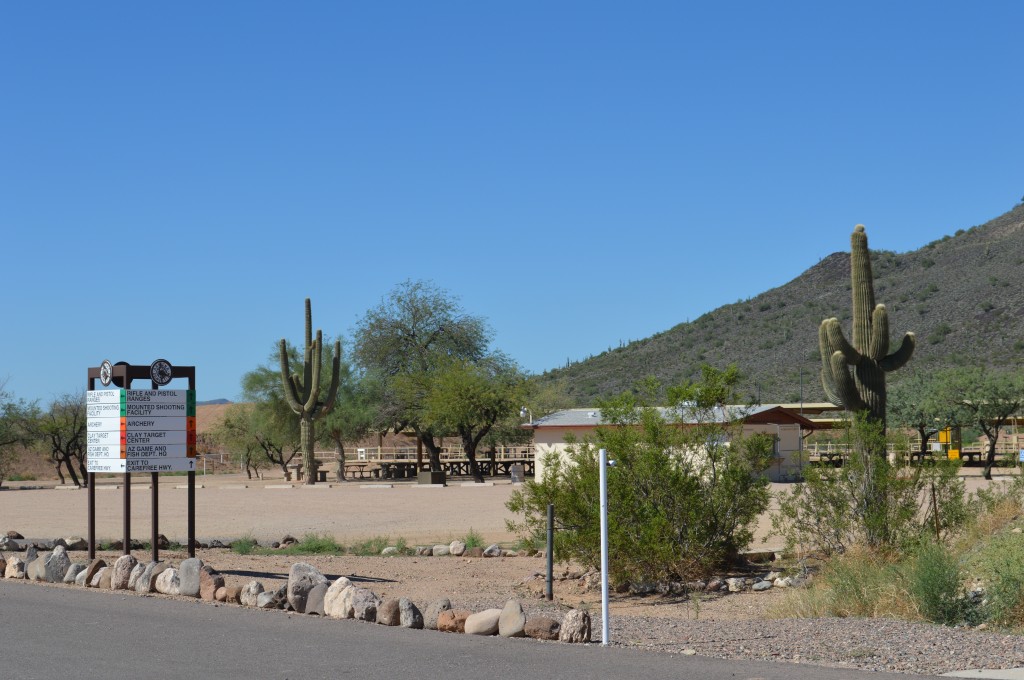 One of the pistol ranges with a couple of the photogenic saguaro cactus standing guard.

Under the umbrella of the Arizona Game and Fish Department, the facility has been in operation since 1957 and is the only government facility (so far!) to receive the Five Star rating from the National Association of Shooting Ranges. The range is funded through user fees and federal dollars appropriated through the Pittman-Robertson Act of 1937 for wildlife restoration.

For more information on the Ben Avery facility, go to http://www.azgfd.gov/outdoor_recreation/ben_avery.shtml.