The Palisade Planning Commission at its March 2 meeting recommended in favor of removing conflicting language in the Land Development Code regulating child care operations.  The language would be consistent with the State of Colorado licensing.  The recommendation will be considered by the board of trustees on March 24.

The changes in the code, if approved, would allow Palisade resident Jennifer Freed to pursue her application to use her home at 239 W. 5th St. as a “Regular Child Care Home.”

“I plan to use my residence to open a Regular Child Care Home with 6 or less children for less than 24 hours a day, under Mesa County Division of Child Care laws and licensing,” Freed said in her application letter to the town planning office.

“My home meets the square footage per child, parking, and yard requirements.  I have discussed my plans with my neighbors and no one opposes it,” Freed wrote.

“I would like the town of Palisade to grant me the special use permit for zoning so I can apply for licensing through Mesa County.

“I feel it (is) in the best interest of the community to have more daycare options and one closer to Taylor Elementary,” she stated.

The town staff recommends approval of the ordinance making changes in the Land Development Code.  It removes conflicting language in the code and establishes new standards for child care operations, consistent with the State of Colorado Licensing.

Palisade Community Development Director Ron Quarles in a memo to the commission explained, “The Town’s regulations currently limit a child care home as an accessory residential use to no more than 5 children. The resident is asking that the Town’s regulations be modified before she requests licensing through the State of Colorado.”

Quarles noted that child care licensing is administered through the Colorado Department of Human Services, Office of Early Childhood, and the Palisade Land Development Code.

At the meeting, Freed, the applicant, responded to several questions from commission members.  “The (child care) licensing is very precise,” she said.  “You have to take a number of classes.  The state can come in to inspect,” for example, equipment such as smoke detectors.”  Freed also replied that she carries insurance.

Freed said her house already has a fence, noting that she has children of her own at home.

The changes proposed to the town code include:

 Place new limitations on the number of children in child care homes based on state licensing and based on similar numbers as the surrounding jurisdictions.

 Continue to allow Child Care Centers as a conditional use in the HDR, MU and TC zoning and as a permitted use in the CB.

 Add Child Care Centers as a permitted use in the Hospitality Retail (HR) District based on existing language in the code that permits it in conjunction with other commercial uses in that district.

Commission Chair Betsy McLaughlin announced that she had received a letter of resignation from Planning Commissioner and Co-Chair Roger Rawlings.  McLaughlin said the vacancy will be advertised.   (See the town website.)  Secretary Keli Fraser said a new co-chair would need to be elected at the next meeting.

The 25-minute meeting was held at the Palisade Civic Center.  Nine people attended the meeting.  Commission meetings are open to the public and are normally scheduled for the first Monday of the month, 6 p. m, at the Civic Center. 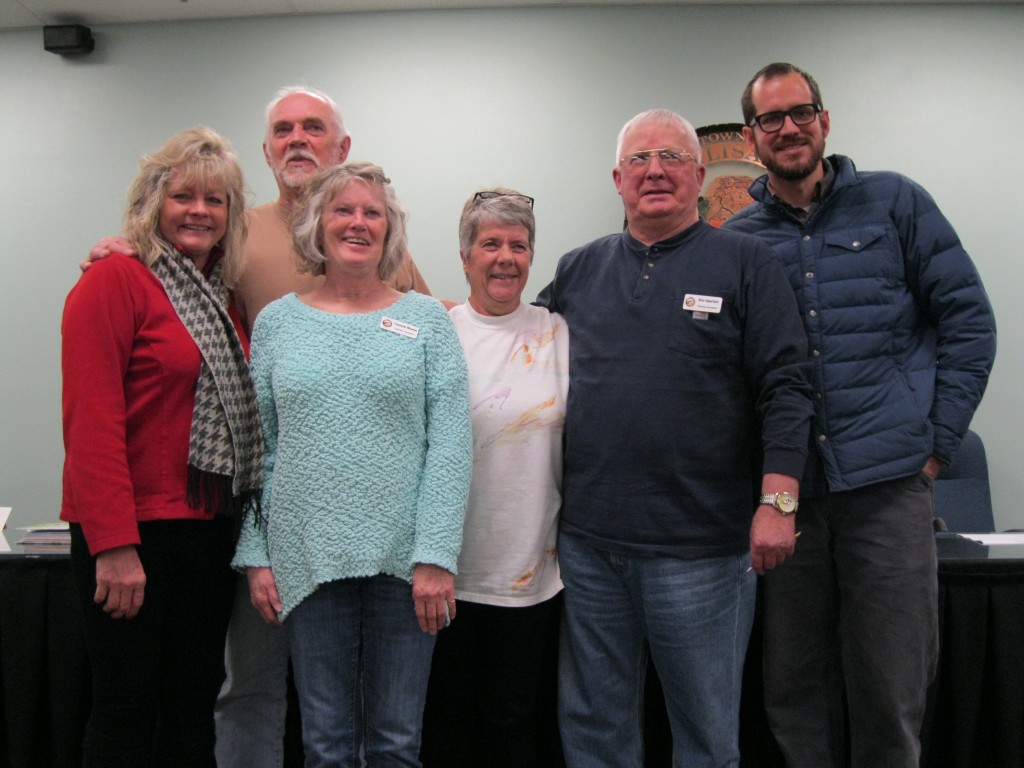