Popular Acclaim Sings in the Season

Home•Popular Acclaim Sings in the Season

Popular Acclaim Sings in the Season

Popular Acclaim, the Palisade High School choral group, kept an annual tradition by entertaining Chamber of Commerce members at the Christmas themed mixer hosted by Colorado National Bank last Wednesday evening. Under direction of Matt Doty, the students are members of the show/jazz choir, one of five choral groups at Palisade High School. The award winning choir performed a medley of Christmas tunes with a variety of short solo performances. 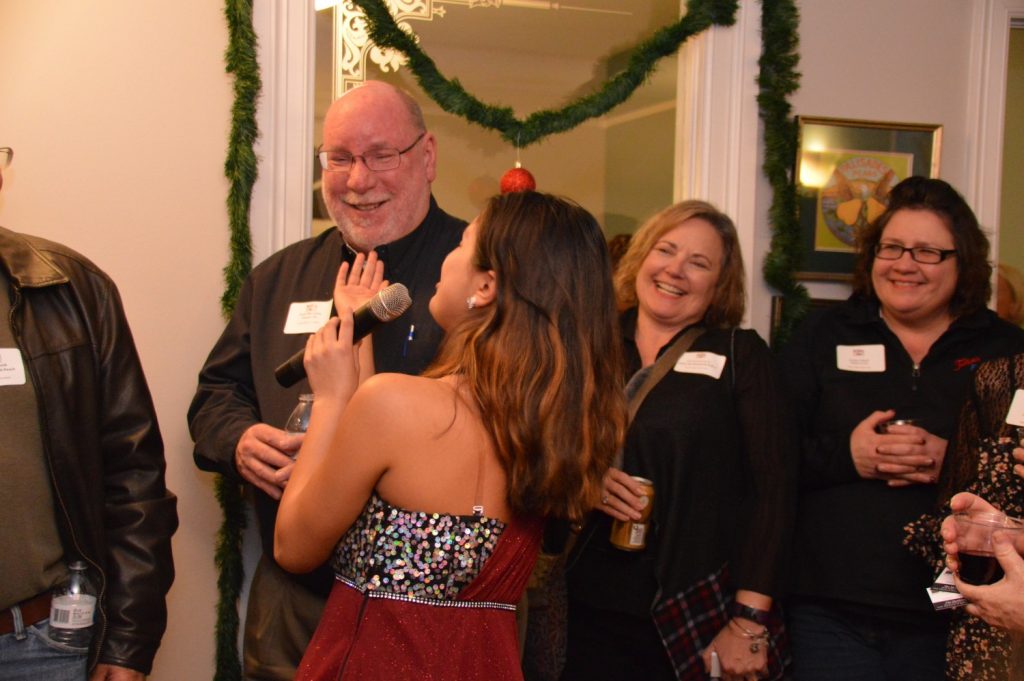 Singing of Looking for Santa Claus, one of the vocalists thought she might have spotted him in the doorway, but it turned out to be Kevin!

Chamber Executive Director Juliann Adams announced that she will be ‘retiring’ from the Chamber in April of 2019 to pursue the operation of a winery with her husband, Dan. Located just across the river on G Road in the Vinelands, Dan and Juliann have been preparing for years for the venture and are finally at the stage where Juliann will be needed full time. While the Chamber will surely miss her leadership, members also wish them great success in their ‘new life’. 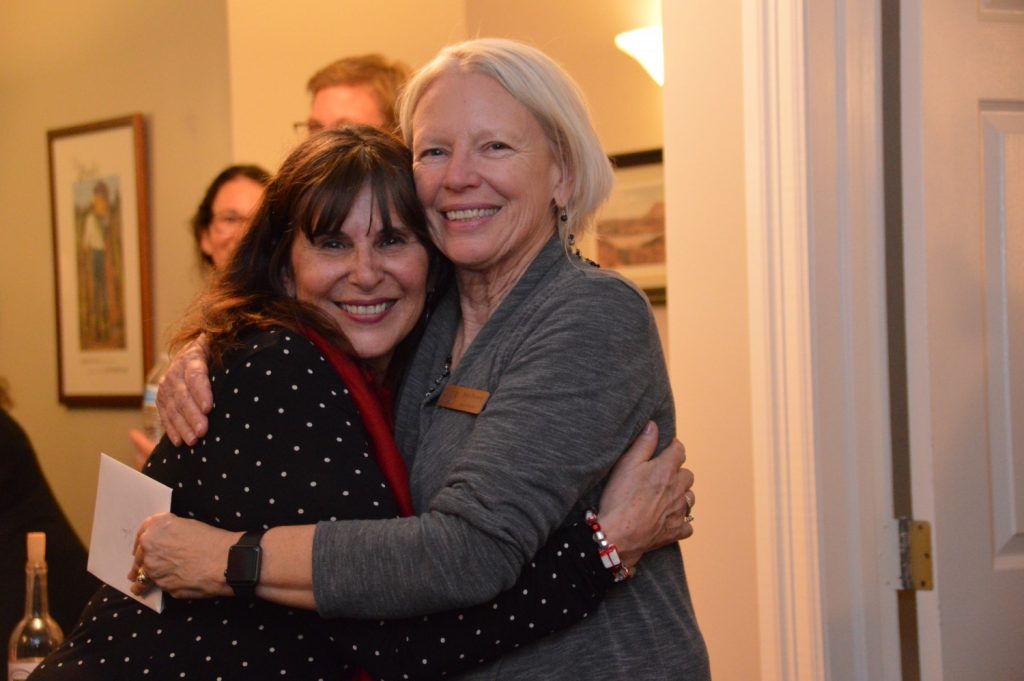 In addition to announcing her own retirement, Juliann Adams, left, also announced the promotion of Julia Durmaj, right, to the position of Assistant to the Director.

In addition to the usual samplings of the local wineries, the monthly Business-After-Hours also gives local Chamber members and other interested folks to network and share information about what is going on in Palisade’s business community. The Museum of Western Colorado and the Grand Junction Chamber of Commerce have been honoring local businesses that are 100 years old.  Current honorees included Talbott Farms, Clark Family Orchards and the Palisade Pharmacy; honored with plaques and historic signage to be displayed at their places of business. 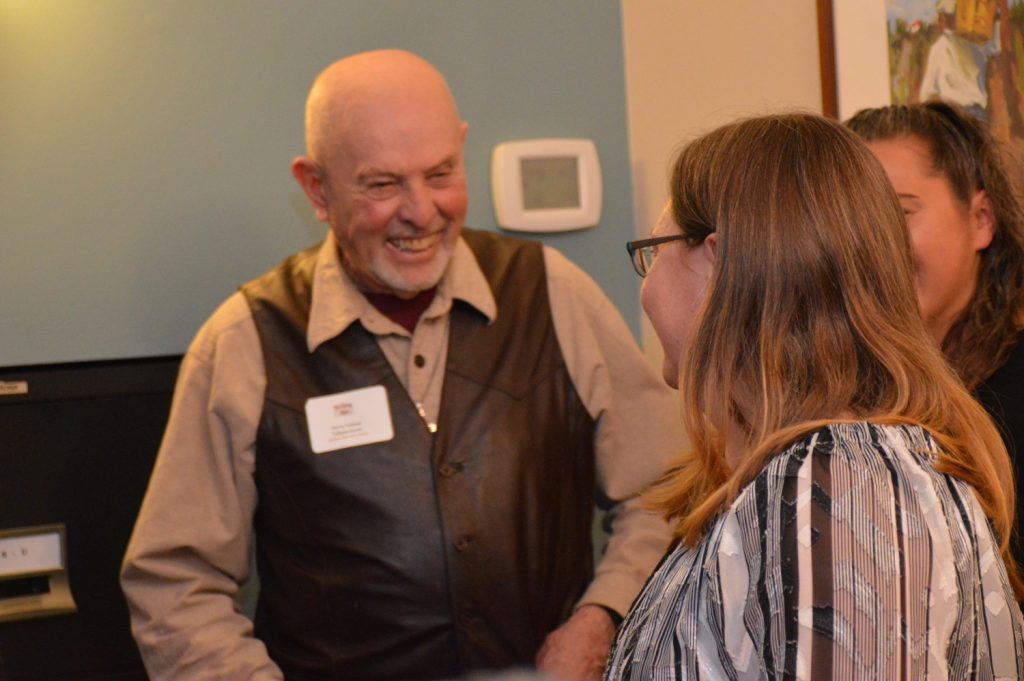 Harry Talbott of Talbott Farms is congratulated on 100 years in the orchard business, producing great fruit and fruit products. Harry wants to make sure everyone understands that HE has not been producing for 100 years yet, although his family has been!