Discussion of the sale of a piece of Town-owned property was tabled Tuesday evening, put off for a future meeting of the Board of Trustees. The September 13th meeting had an otherwise full agenda, with presentations, appointments and ordinances needing approval. An introductory Budget work session began the meeting at 5 p.m., before the public session began an hour later. 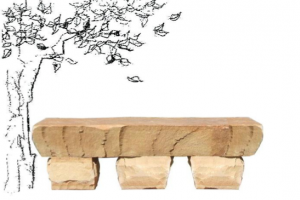 Longtime local resident and onetime owner of the Palisade Café, John Lindstrom, will be memorialized with a sandstone bench to be installed at the east end of Riverbend Park, and three trees will be planted near the bench in honor of Lindstrom and two other friends. A variance was granted by Trustees for the design of the bench, a long slab of red sandstone set on three pedestals, also of red sandstone. 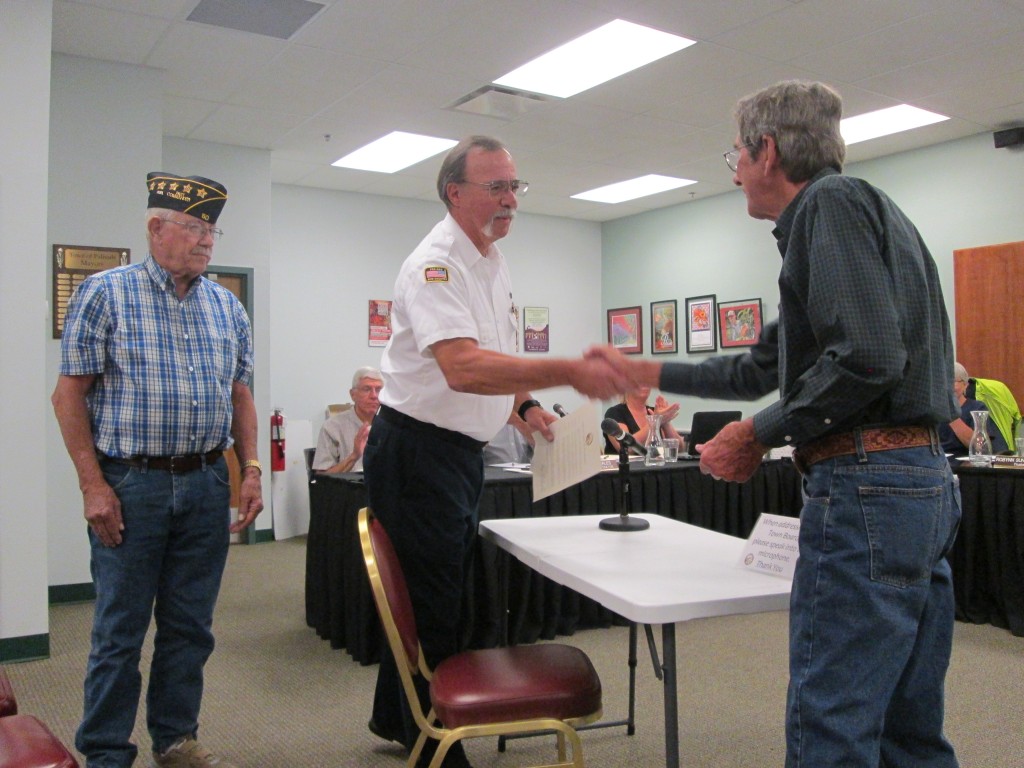 Following a presentation by Trustee Bennett Price (right) proclaiming American Legion Day, representatives of the Palisade Post accepted the honor, noting that theirs was the 50th Post to be established in Colorado.

Elizabeth Birmingham, 107 6th Street, was approved for membership on the Park and Recreation Advisory Board (PRAB). Birmingham, a local realtor, is interested in activities for seniors as well as being a fan of the recently constructed bike skills park and a supporter of the proposed skate park. Since Birmingham lives in Key West for about four months a year, it is planned that she may Skype into the PRAB meetings from her beach towel as the other members are shivering in Palisade this winter.

Resident responsibility for weed and trash control was also discussed, along with the possibility of contracting with the Mesa County Partners to provide help with yard work and trash removal to citizens that are not able, whether physically or financially, to perform the work themselves. Tanya Otero of Mesa County Partners gave a short presentation to trustees, explaining the program that uses juveniles (with adult supervision) looking for community service opportunities to perform the necessary yard maintenance. Trustees unanimously agreed to use the services of Mesa County Partners when the need arises. This will enable the town to offer aid and discounted rates to citizens in need, while maintaining weed and trash control ordinance requirements. The Town would pay a nominal amount for the services, covering insurance and other incidental expenses of the workers. 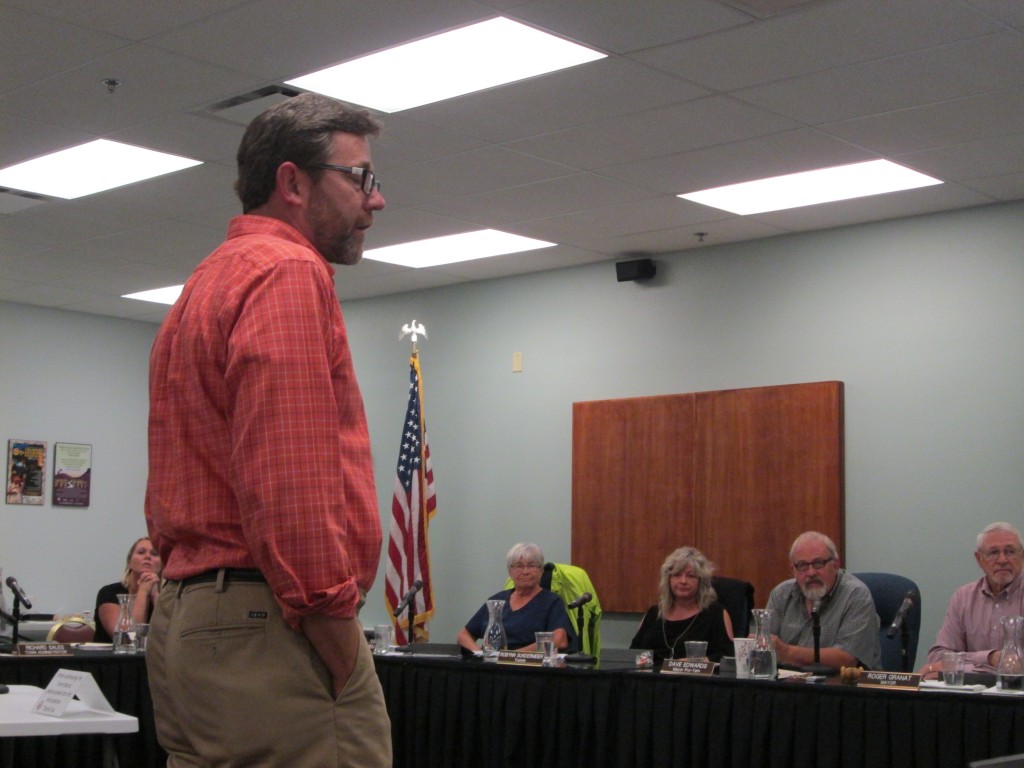 Jon Maraschin of the Grand Junction Business Incubator gave an informational presentation about the benefits of having a facility such as the Incubator in the community.

Other resolutions approved involved grant requests and contracts awarded for different repair and maintenance needs. Included were authorization of a $36,540 grant request for replacement of one of the police vehicles; approval of $27,459.55 for replacement of sidewalk sections for 6 participating residents; $39,000 for a drain line extension at Cabin Reservoir in Palisade’s watershed; $99,940 for sewer line improvements on Victoria Drive; and $43,619.25 for improvements to the Lincoln Court sewer line. It should be noted that the grant request for the police vehicle involves a replacement of one of the current vehicles that needs to be retired. It is not to purchase an additional vehicle. The vehicle being retired is currently valued at $4,000. The type of grant being applied for is a ‘no-match’ type of grant, meaning that there would be no output of cash needed by the town for the vehicle if the grant is approved.

As mentioned previously, Mayor Roger Granat moved to table Resolution #2016-43, regarding sale of town property at 225 West Third Street for $40,000. Granat wanted trustees to have an opportunity to talk to the prospective buyer before deciding on the disposition of the property. The property was acquired through a tax repossession by the town in 2007. Since it has never been a revenue producing asset, voter approval is not required to sell the property, according to the Colorado Revised Statutes and Municipal Code. The Resolution will be on the agenda of an upcoming Trustee meeting, date still to be decided. 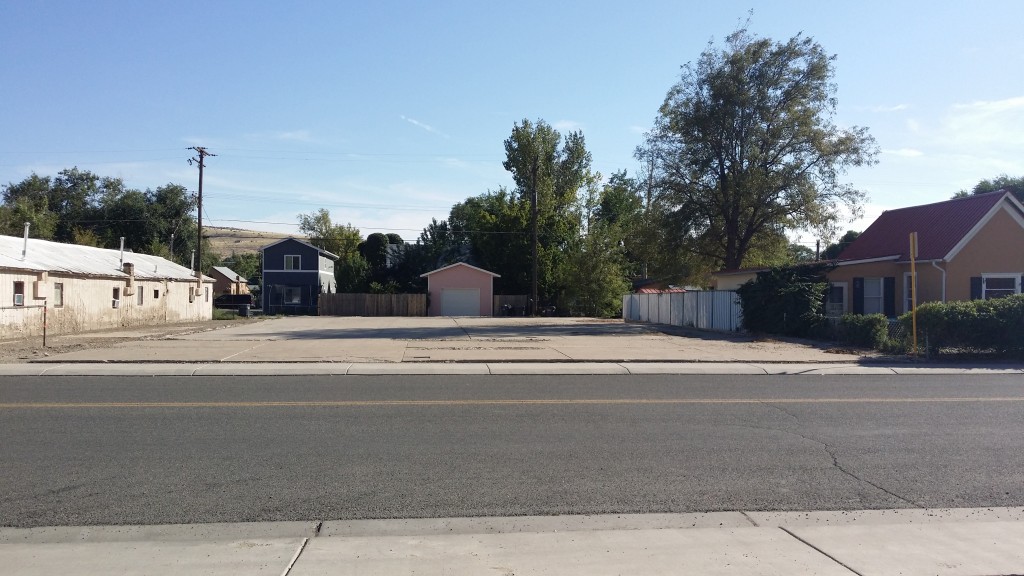 Sale of property owned by the Town of Palisade at 225 W. Third Street will be discussed at an upcoming meeting of the Board of Trustees.

Police Chief Deb Funston reported on approval of a $12,000 request for upgraded tasers for the Palisade department. The funds, requested from the Colorado POST Asset Forfeiture Fund, may be used to aid law enforcement statewide in purchasing or upgrading equipment and training. The tasers are a “Less Lethal” alternative to the service firearm, when officers are dealing with less than life-threatening situations.

Town Administrator Rich Sales announced that the closing on the Xcel Energy and Snowcap Coal properties, future home of the Cameo sport shooting complex, should take place on September 26. Colorado Governor John Hickenlooper has tentatively agreed to attend the groundbreaking for the complex sometime in October.

Sales also reported on the submission of grant requests for funding the planning stages of the Palisade Plunge to both Great Outdoors Colorado (GOCO) and the Department of Local Affairs (DOLA). Trustees also agreed to put in $5,000 of town funds toward getting the Plunge project off the ground, as a gesture of good faith, also known as ‘having some skin in the game’.

The next meeting of the Palisade Board of Trustees is scheduled for Tuesday, September 27, 2016, at 6 p.m. in the public meeting room of the Civic Center at 341 W. 7th Street. Agendas are available at www.townofpalisade.org as well as being posted at Town Hall at least 24 hours before each meeting. All meetings are open to the public.