Sunday Market – Be there or be square!

Home•Sunday Market – Be there or be square!

Sunday Market – Be there or be square!

Don’t forget the Sunday Market this week, held on 3rd and Main Streets in downtown Palisade every Sunday from 10 a.m. till 2 p.m. through the summer. More than 60 vendors with fresh, local Palisade produce, as well as lavender, alpaca and other locally produced items, share booths along the streets while musicians perform under our new shade structure in the Plaza. 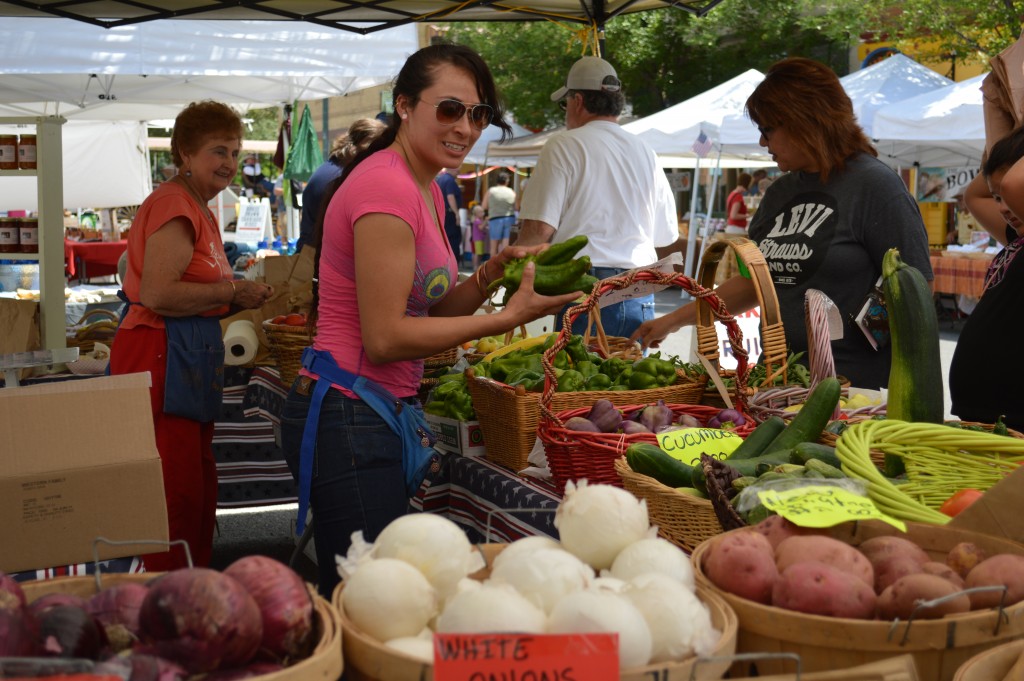 Bikki’s Farm Stand is one of the many Palisade area farmers selling their produce at the Sunday Markets.

There are weekly chef’s demonstrations and a free art tent with activities for the kids as well. The featured artist this week in the kids tent is Vinje Lawson, winner of the PeachFest official artwork contest in 2013. 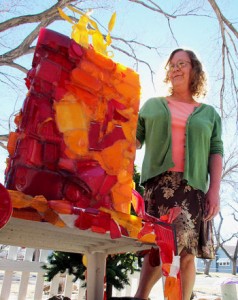 Local artist Vinje Lawson uses a variety of media in her creations, one of which was the official artwork of the Palisade Peach Festival of 2013.

Keeping with this week’s Lavender theme, there will be two lavender vendors, The Lavender Lady and Cloud Terrace Farms.

Local personality and Chef Lee Mathis will be this week’s Guest Chef, demonstrating how to make deep-fried cheese steak wontons in the Town Plaza at 11:30. Don’t miss it, there will be delicious samples to taste!

Palisade’s produce is abundant! At least nine local farms will be supplying early peaches, plus cherries, apricots, and plums as well as tomatoes, and other veggies. 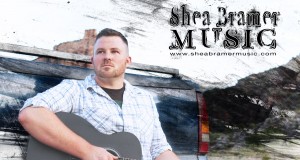 Pop rocker Shea Bramer will provide this week’s entertainment, check him out!