“The Drowsy Chaperone,” a Fitting Finale for Bev Kamas at Palisade High School

“The Drowsy Chaperone,” a Fitting Finale for Bev Kamas at Palisade High School

If I had not seen last weekend’s performance of “The Drowsy Chaperone” at Palisade High School, I would have thought it impossible to equal the entertainment provided at last year’s production of “Hello, Dolly!”  Boy, would I have been wrong! 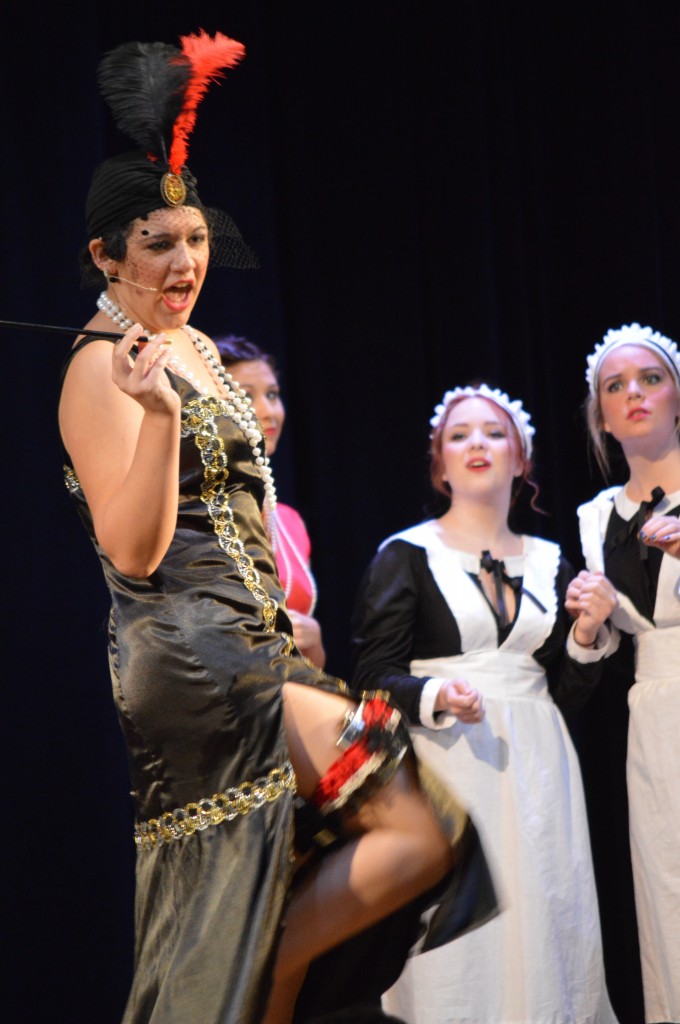 Emily Wedel plays the chaperone, and she is anything but drowsy!

As the final musical production of director and drama teacher Beverly Kamas’ 33-year teaching career, she chose “The Drowsy Chaperone,” described as ‘a musical within a comedy.’ 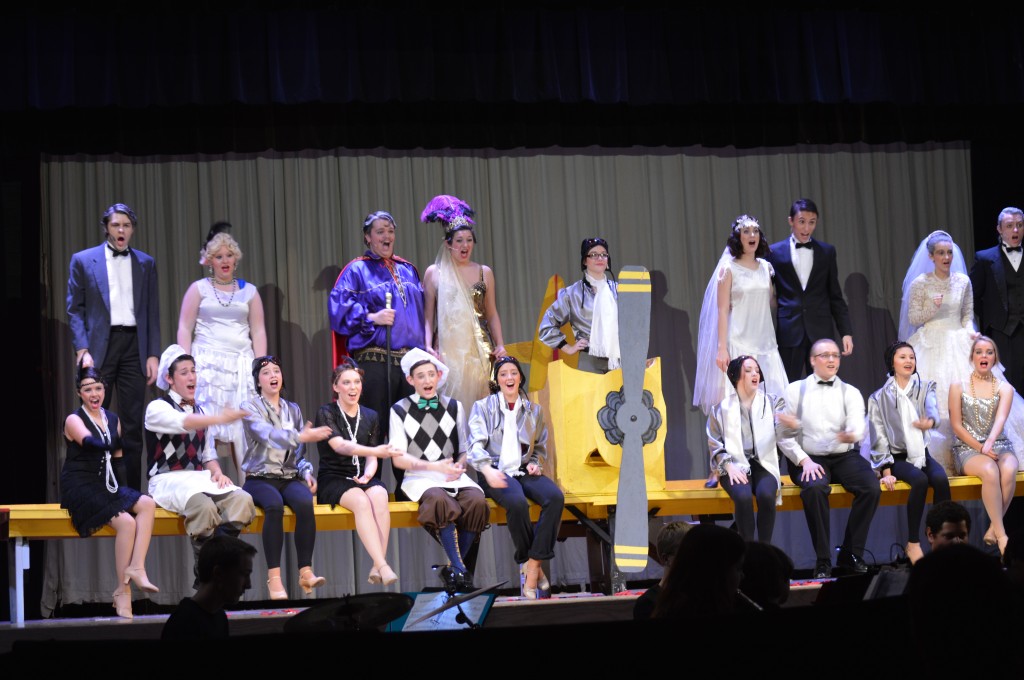 “I Do, I Do In The Sky,” performed by the entire cast was just one of the song and dance numbers. This one is set on the stage-spanning “prop.”

And it certainly was, the song and dance numbers were totally entertaining, and there were enough corny jokes throughout the entire production to keep the audience thoroughly amused. 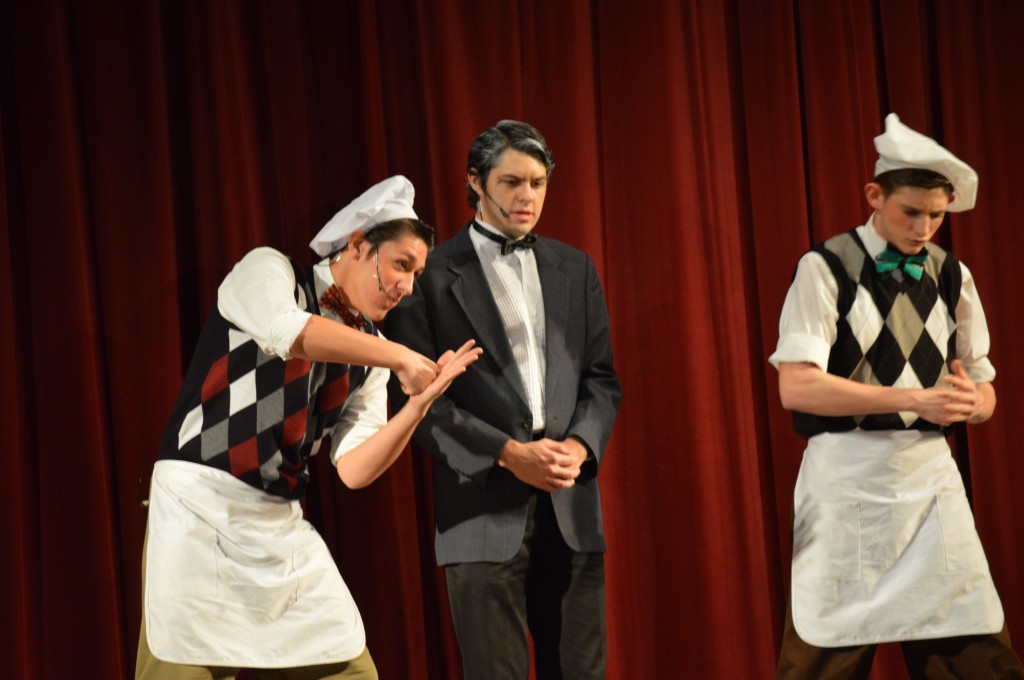 Chefs played by Zach Valdez, left, and Loren Griffiths, right, are actually gangsters, using chef’s attire to hide their identities. They are able to convince Jeremy Miller’s Feldzeig that they are ‘dead’ serious.

I hesitate to single anyone out since the entire cast did such a fantastic job, but Jeremy Miller as Feldzieg, Calliway Jo Levin as Janet VanDeGraaf and Bailey Basham as Adolpho were spot-on, Carter Brock was an entertaining narrator, and Oh! Those chefs! 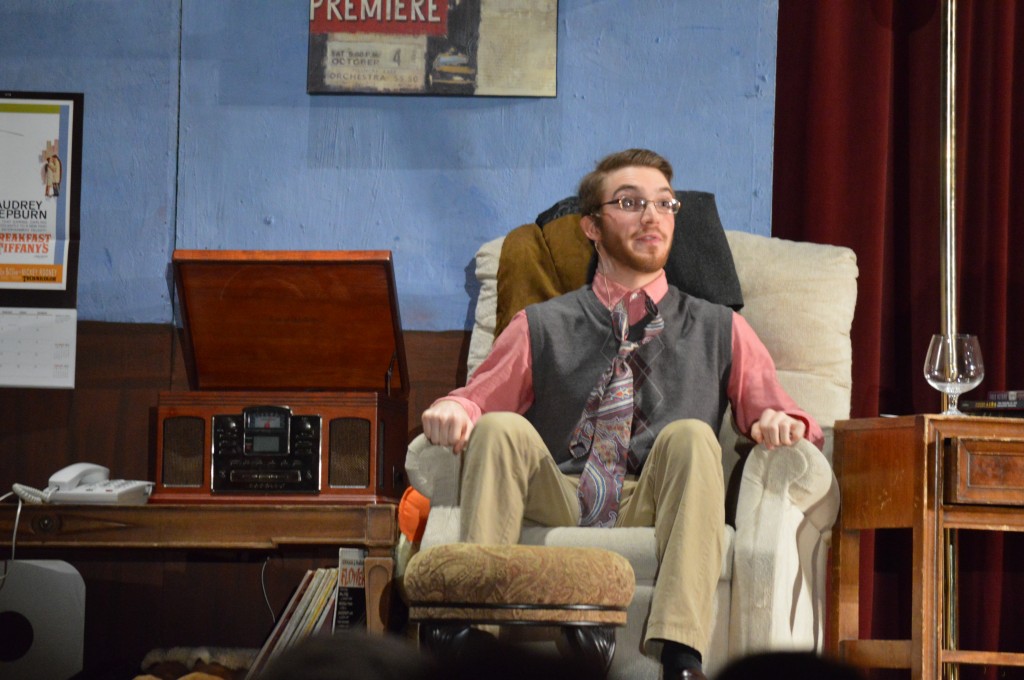 The story of The Drowsy Chaperone is narrated by Carter Brock, with help from his old phonograph and a prized LP (that’s a record album) in the mini-set of his living room off to the side of the stage.

Along with an interesting and easy-to-follow plot, there was tap dancing, cartwheeling, dancing monkeys, even an aeroplane, making for an evening of constant fun and impressive talent. 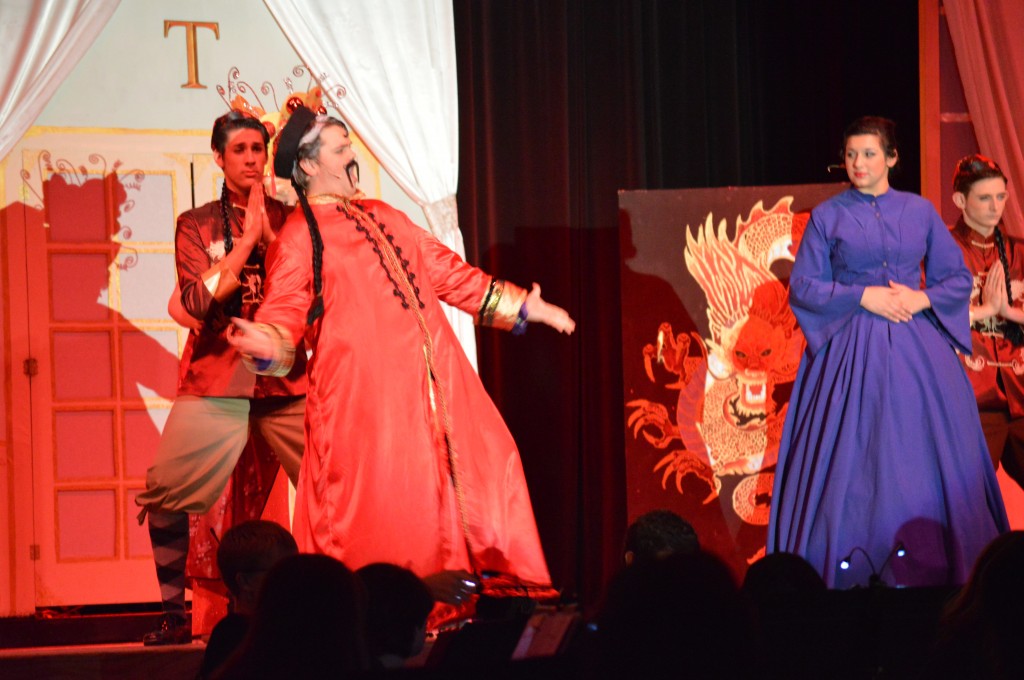 Then there was the odd Asian scene…

Ms. Kamas was honored after the show, along with seniors that took part in the production. Band director Jeff Mason and Choral Music director Matt Doty were also thanked by the performers. 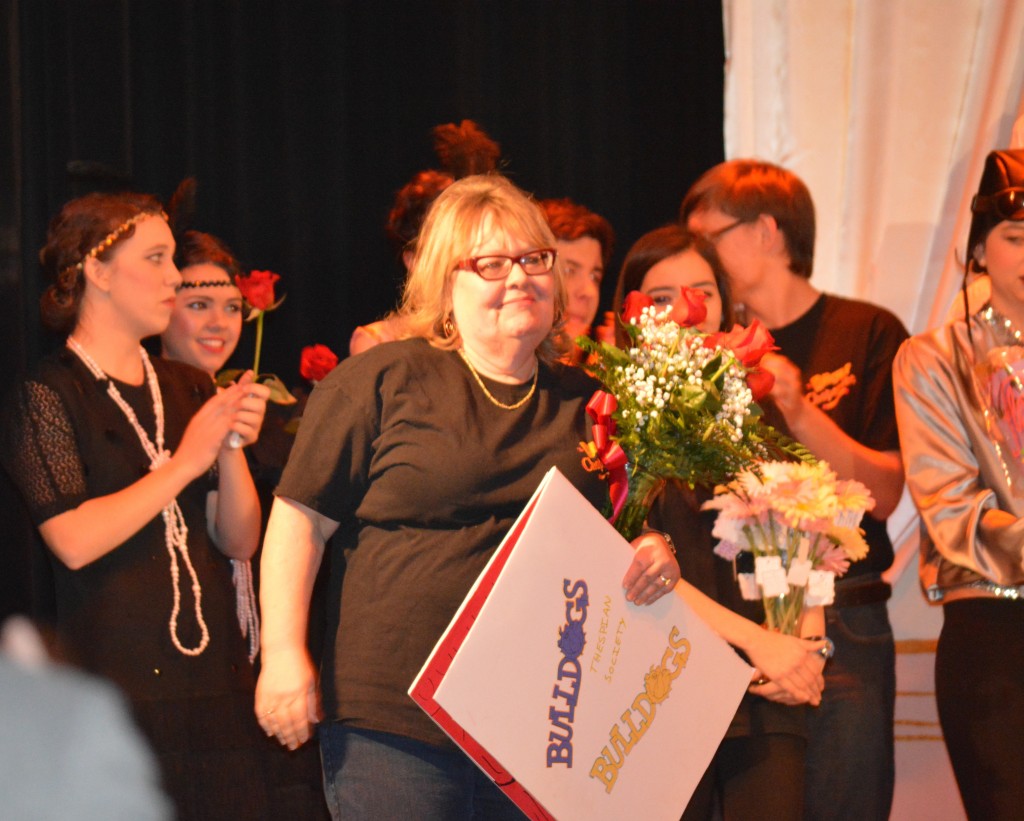 Director of so MANY wonderful performances during her 33-year teaching career, Bev Kamas is congratulated by members of the cast, crew and teaching staff at the conclusion of Saturday evening’s performance.

All I have left to say is Bravo, Bulldogs! 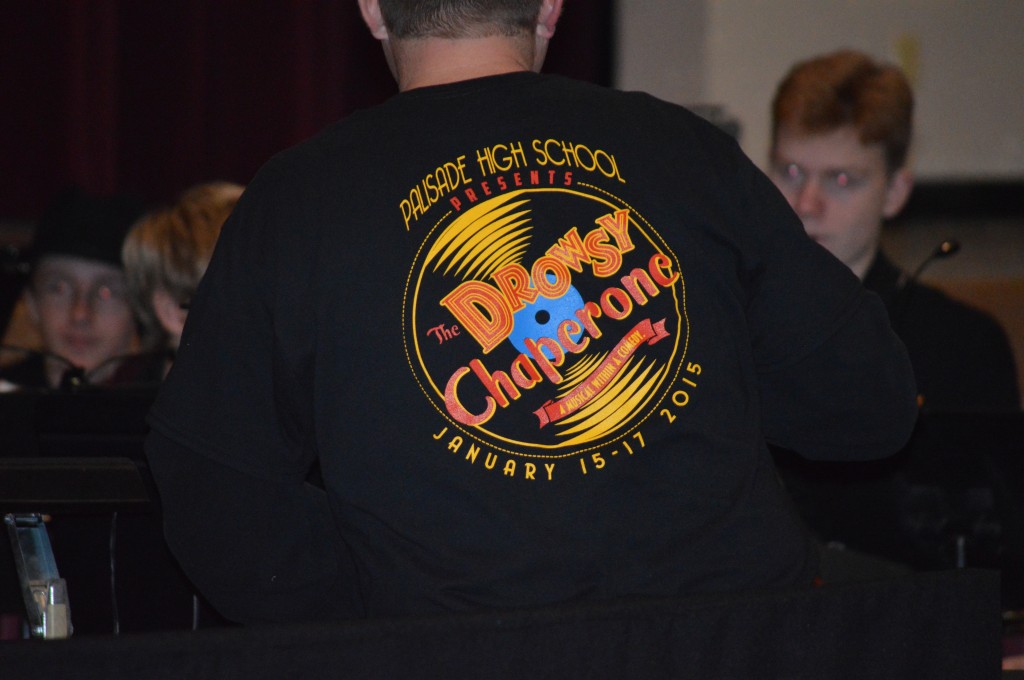