Memories of Bud Lofvenborg, longtime Palisade resident and Town Grouch, were exchanged at the start of the Tuesday, May 26, meeting of the Palisade Board of Trustees. Bud passed away on Sunday, May 24, and will be sorely missed around town. He gave very generous donations to the Palisade Police Department and the Fire Department, to name just a couple of the beneficiaries, as well as keeping in touch with the folks at Taylor Elementary School to make sure that none of the students went without a pair of decent shoes or a winter coat. He was The Grinch for the kids at Christmastime and hosted an annual ice cream social for the Taylor Elementary students each spring, in addition to always providing candy for the Halloween carnival, money for gifts for the Altrusa Christmas baskets, and anything else that was really needed around town. What a guy!

Bud always brought a friend when he got to ride in Ol’ Red in the Palisade parades, and his friends loved it!

The month of June was proclaimed to be Bike Month by Trustee Thea Chase, and June 24 has been designated as Bike to Work Day. All able bodied travelers are asked to ride their bikes instead of using their cars to get to work that day where possible, and to be aware of the efficiency and energy-consciousness of bike transport.

Jesse Loughman, co-owner of Colorado Alternative Health Care, and now a resident of Fifth Street in Palisade, took a turn at Public Comment. He announced that he and his wife, Desa, had recently moved into Palisade, and were curious about the policies regarding the horse and carriage rides. Loughman pointed out that although we have strict ordinances about cleaning up after dogs, but nothing about the piles that the horses occasionally leave behind them on Palisade streets. 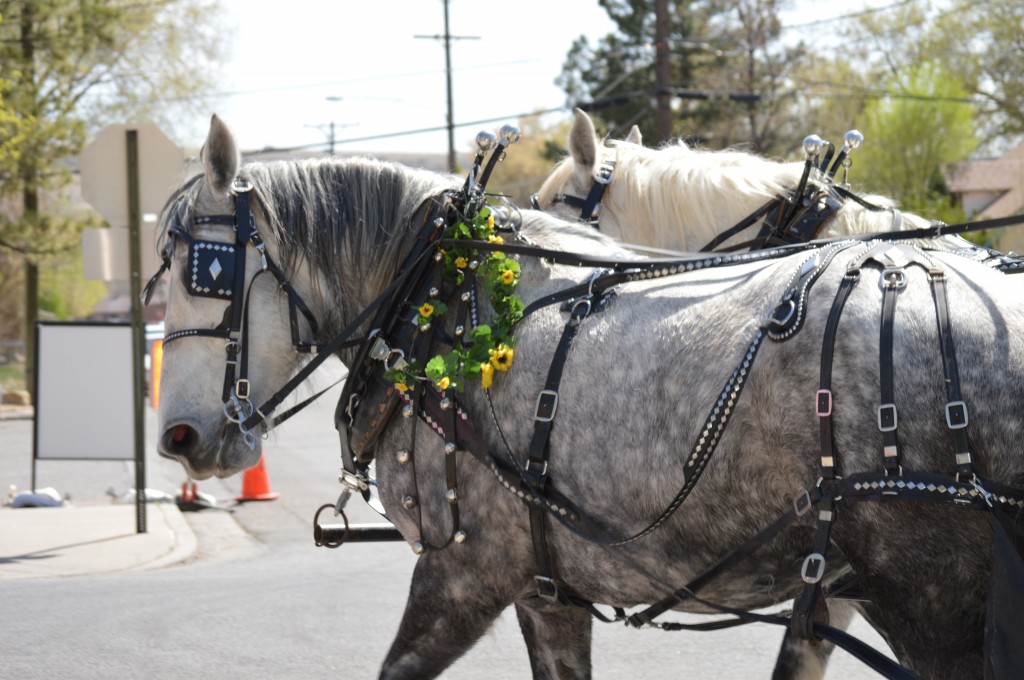 As attractive as the carraige rides are clattering down Palisade streets, they also leave behind something that is a little bit less attractive…

Town Administrator Rich Sales agreed, and said he would contact the owners of the carriage services and see if voluntary compliance would be possible, without the addition of another ordinance. He mentioned the possibility that the horses could be ‘bagged’ as they are in Grand Junction events.

Town of Palisade Public Works Director Frank Watt presented copies of the “Complete Streets Policy” that was being considered as a framework for planning and providing for the reconstruction and improvement of Palisade streets and sidewalks. Although he did not give a presentation, Watt provided each Trustee with the suggested policy language for their review and further discussion.

Trustee Thea Chase pointed out that the vision statement seemed to be missing a reference to ‘senior-friendly improvements’ and that the document does not mention the installation of fiber optic cable when rebuilding any of the streets. Town Administrator Sales pointed out that the standards should also fit with the affordable housing objectives of the Comprehensive Plan by not overtaxing new development for complete sidewalk construction costs. Trustee Bennett Price pointed out that we have a number of already deficient sidewalks, and it would be nice to repair them along with the streets.

Trustee Penny Prinster asked about the possibility of establishing Special Improvement Districts (SID) for repairing the sidewalks. Sales responded that although it is officially the homeowner’s responsibility to pay for sidewalks in most Colorado communities, our residents could force the town to contribute if they were to get an SID together. Some other communities offer a 50-50 or a 75-25 split for sharing the costs with homeowners, but something like that would have to be a budget item and require Board discussion. Sales also mentioned the possibility of applying for a Dept. of Local Affairs (DOLA) grant for construction of a sidewalk down Logan Avenue to Riverbend Park.

Town Treasurer Joe Vlach reported that the auditors are finished with the annual audit and that they will present their summary to the Board, hopefully at one of the two June meetings.

Sales reported that the area east of 32 Road may be dropped out of the Mesa County enterprise zone designated by the State of Colorado, with the reason that it doesn’t fit the criteria any more. Since the new director of the enterprise zone program has stated that only residential property was being dropped, Sales is unclear on how it doesn’t meet the criteria since most of East Orchard Mesa is agricultural. He agreed to follow up and get more information on the plan.

On a different subject, Sales also announced that the Associated Governments of Northwest Colorado (AGNC) had awarded a grant to Palisade to be used to market our Sunday Market program. Trustee Thea Chase asked if shuttles from Grand Junction had ever been considered for the Sunday Market. Town Clerk Lindsey Chitwood said it never had been, but we could look at the possibility.

Public Works Director Watt reported that department employees had been up in the watershed checking the pipeline. He also reported on Mesa County plans for improvements on North River Road east of Palisade. He has been told that their original plan was for widening the road before the next overlay. Watt says that they will need to engineer it and also to get permission from the railroad to expand the amount of pavement in the railroad right-of-way. In answer to a question by Mayor Pro Tem David Edwards, Watt reported that a bike path is not promised, but at least a wider roadway and shoulders will be created.

Watt also reported that the previously scheduled burn in the watershed has been postponed indefinitely, and may be rescheduled in the fall. He also reported that the glass recycling bin at the Civic Center recycling center is not exactly what had been asked for, but that he was working on having the situation corrected. We were supposed to have gained a rolloff glass container, not replace one of the previous containers with the current glass container.

Deb Funston, recently appointed chief of police, reported on the Phoenix Awards, which she had attended the previous week. The ceremony was held to honor area firefighters, police and EMS responders that have performed heroically. She said the best part of the evening was when the first responders got to meet the people whose lives they had affected positively or even saved. 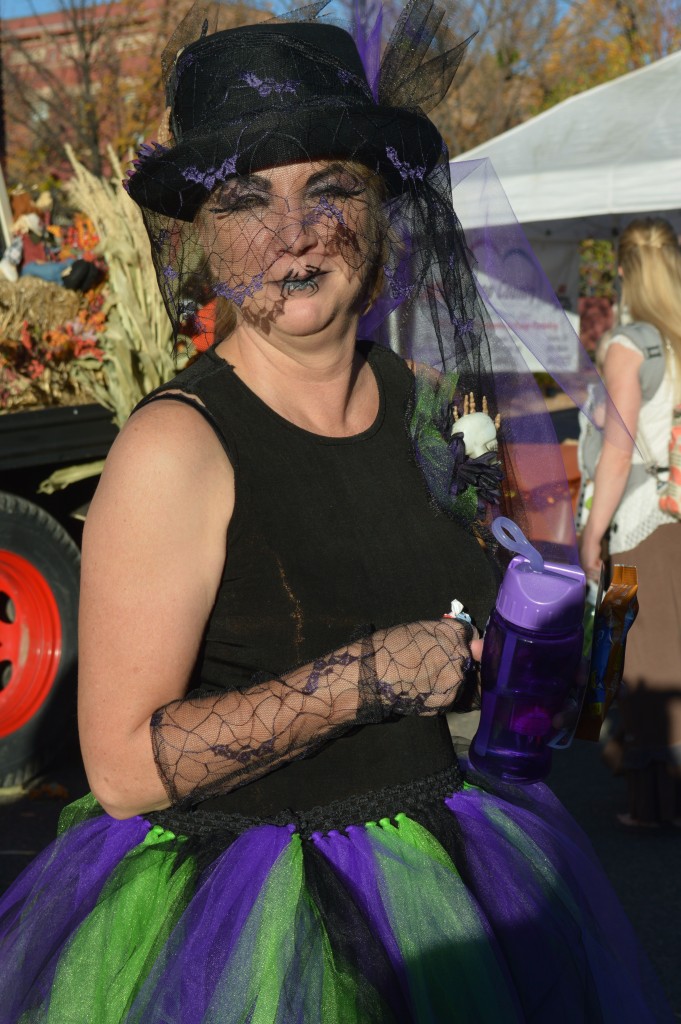 Could that be Ellen Scott at last year’s Trick or Treat Street? And remember the Honeybee or the giant Walking, Talking Christmas Tree? She puts lots of time and effort into creating costumes for many of Palisade’s events. And then she actually wears them!

All trustees were present for Tuesday’s meeting. The next scheduled meeting of the Board of Trustees will be Tuesday, June 9 at 6 p.m. in the Civic Center meeting room at 341 W. 7th Street in Palisade.